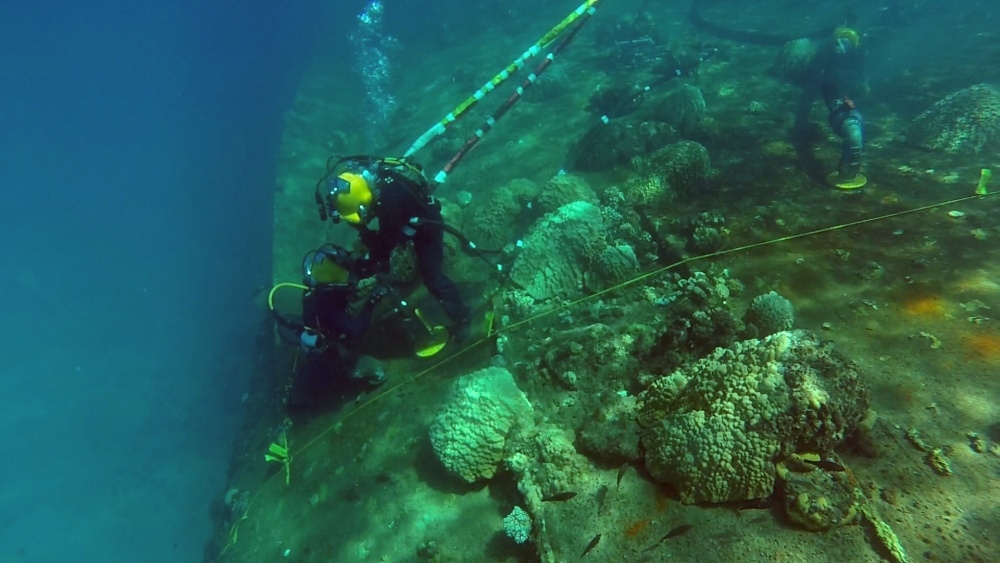 In collaboration with the government of the Republic of the Marshall Islands and US Army Garrison Kwajalein Atoll (USAG-KA), the safe extraction of an estimated 946,000 litres of fuel oil from Prinz Eugen began on September 1 and involved nearly two dozen divers along with support from the commercial tanker Humber for transport of the removed fuel oil.

Prinz Eugen was used in combat during World War II, most notably as the companion of the battleship Bismarck until the loss of the latter ship in May 1941. In May 1945, upon the conclusion of the war, Prinz Eugen was surrendered to the British and transferred to the US Navy for use in the Operation Crossroads nuclear tests. After surviving two tests and subsequent towage to Kwajalein Atoll, the cruiser began to take on water due to sea valve and rudder damage and ran aground settling in a capsized position off the coast of Enubuj Island.

As part of the 1986 Compact of Free Association between the US and the Republic of the Marshall Islands, the US transferred the Prinz Eugen title to the RMI. Beginning in 2010, RMI requested that the US provide technical and financial support for fuel off-load work on the cruiser.