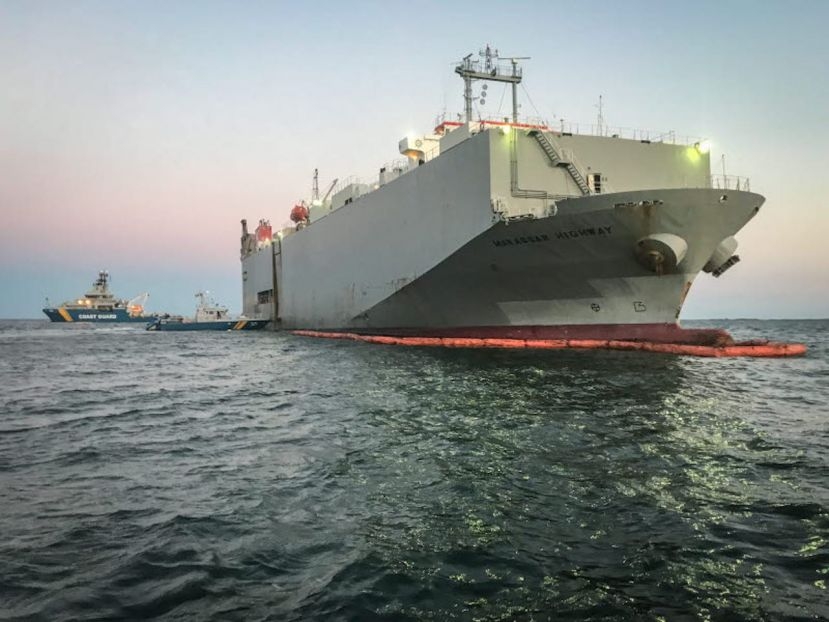 On Tuesday night local time, an emergency tow of the grounded Ro-Ro Makassary Highway commenced off the coast of Sweden.

An accidental dislodging of the vessel last week caused a leak of 7,000 litres of fuel.

Risks associated with towing the vessel include more oil being released from the ship and damage to the hull causing it to further deteriorate. At present, none of this has happened.

The towing is taking place slowly, just under two knots, and is followed by Swedish Coast Guard units ready to pick up any oil. At the current rate, Makassary Highway is expected to arrive at Oskarshamn overnight on Thursday, local time.

K Line’s Makassary Highway ran aground offshore Sweden on the way to Sodertalije from Cuxhaven Port in Germany on July 23.