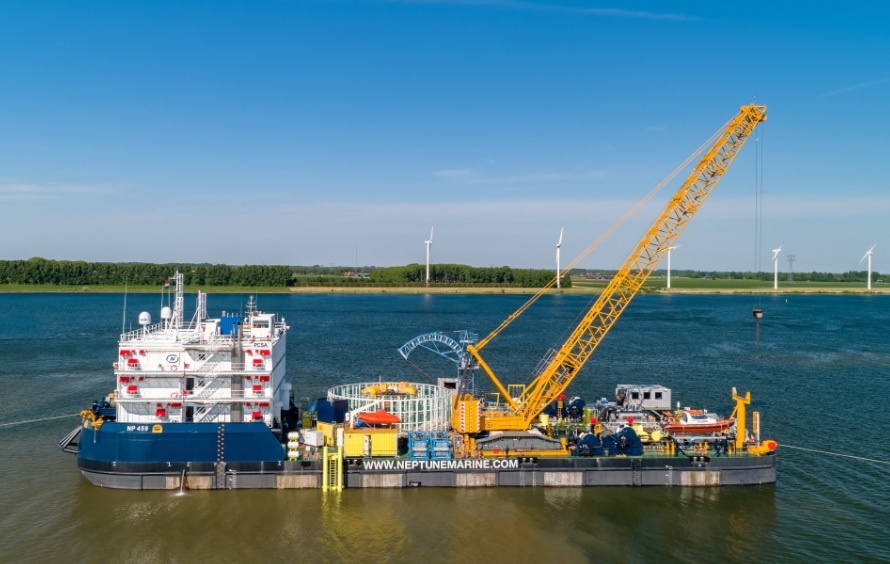 Named NP 459, the DP2 vessel is capable of undertaking both offshore and coastal projects such as offshore construction, salvage, cable lay/repair, renewable energy support, and general transport of up to 4,000 tonnes in total.

The pontoon has a length of 82.5 metres, a beam of 27 metres, a depth of six metres, an eight-point mooring system, and a working deck capable of carrying 20 tonnes per square metre.

There are onboard air-conditioned accommodations for up to 60 people as well as four offices and a mess room. The accommodations can be upgraded to serve a maximum of 96 people.