Written by Baird Maritime on January 17, 2018. Posted in Salvage Operations. 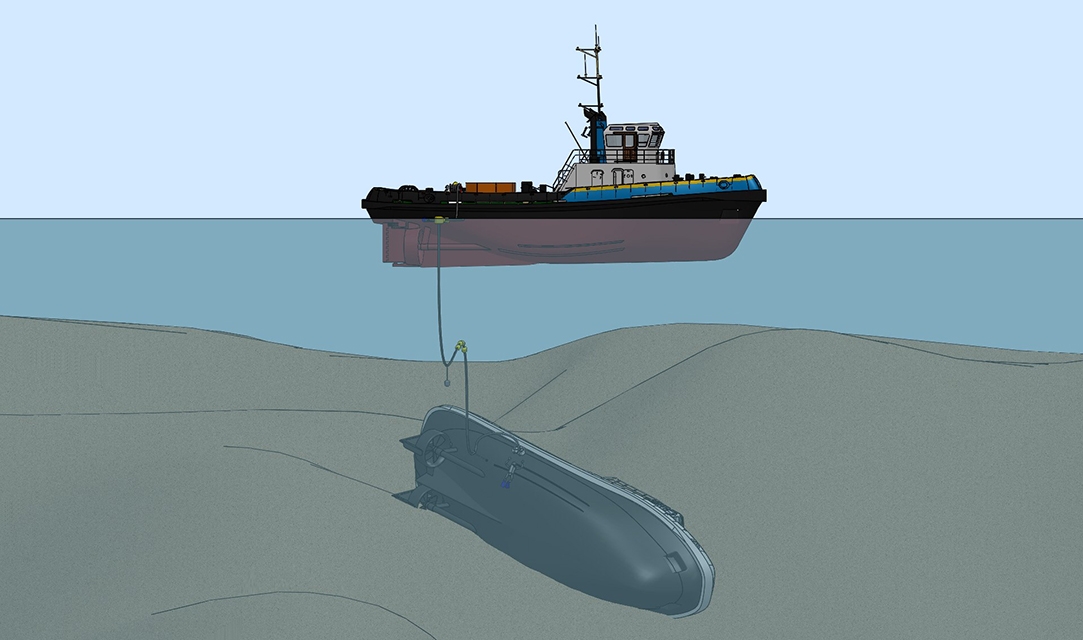 Norway’s Miko Marine has helped extract 400 tonnes of heavy fuel oil from the tanks of the sunken general cargo vessel Thorco Cloud in the Singapore Strait.

The wreck lies in two sections 1,730 metres apart and 70 metres down in the eastbound traffic lane of the Singapore Strait following a December 2015 collision.

Controlled via laptop from the surface, the tapping machine known as the Moskito uses magnets to attach itself to the wreck before drilling through the hull plating and into the relevant tank.

The Oslo-based firm said the oil was recovered at a rate of 10 to 15 cubic metres per hour.