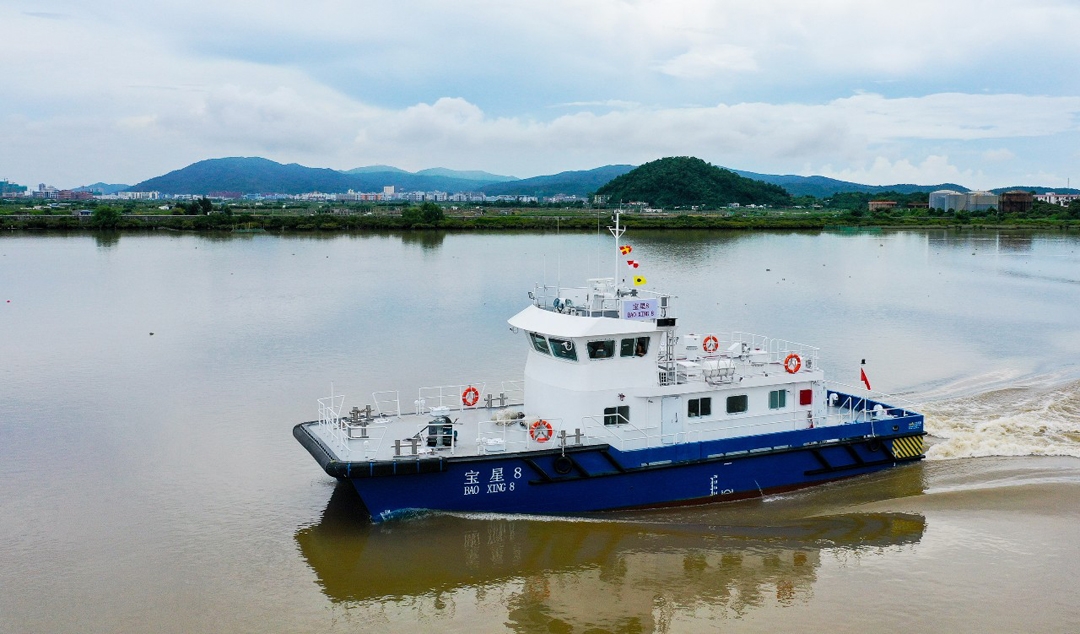 Jianglong Shipbuilding has completed the sea trials of a new windfarm support catamaran crewboat ordered by an unnamed operator.

The 22.5- by 7.8-metre Bao Xing 8 achieved speeds in excess of 16 knots during the trials, which also tested the vessel’s wave stability and anti-collision system.

The crewboat may also be used for wind turbine maintenance, salvage support, and standby emergency and rescue duties. It is the first unit in a series of vessels slated to enter service with the same operator before the end of the year.