Written by Baird Maritime on October 16, 2017. Posted in Salvage Operations. 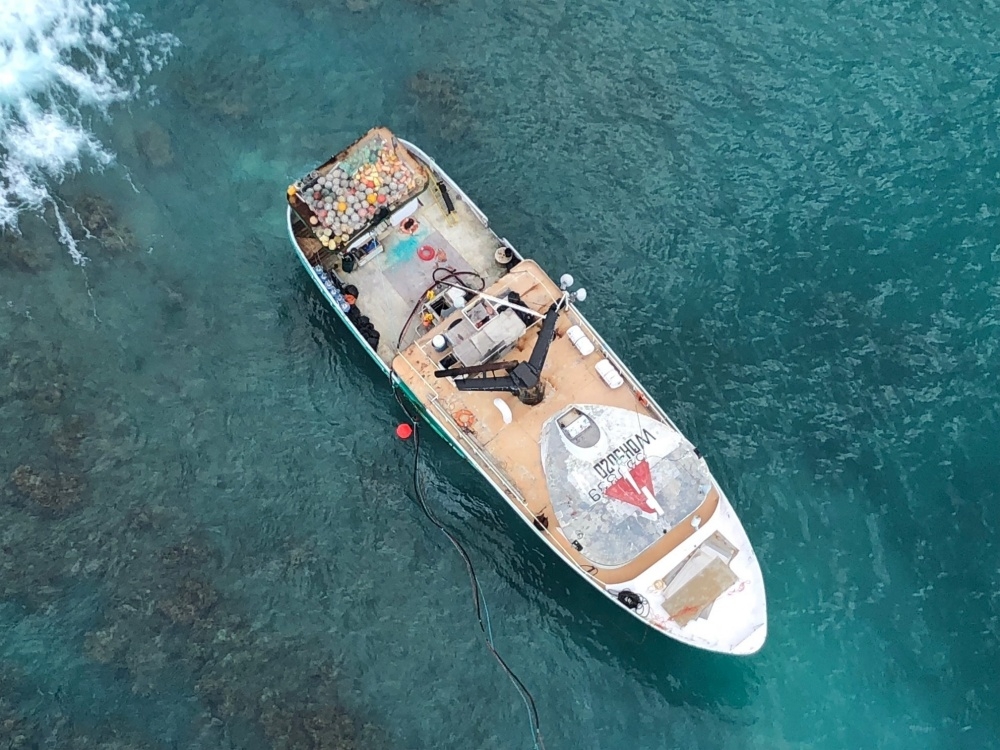 Responders have been hard at work dealing with the Pacific Paradise after she ran aground off the coast of Honolulu.

The salvage team were to try another towing evolution, weather permitting, after several attempts to tow the 24-metre fishing vessel from the reef failed.

The US Coast Guard reported a fire started and caused the seven-member salvage team to abandon ship.

They were picked up by Ocean Safety crews, and returned to the salvage vessel with no injuries.

“During work to dewater the vessel, gasoline used to fuel a dewatering pump splashed on hot surfaces, causing it to ignite and start a fire aboard,” the USCG reported.

Hawaii Fire Department crew dropped water on the vessel from a helicopter to reduce the blaze to a smoulder.

The fire rendered the vessel unsafe to board and a release of about 750 litres of diesel fuel was detected by responders.

Earlier, Capt Michael Long, commander, Coast Guard Sector Honolulu on Friday said the salvage team had prepared the vessel for towing before the onset of larger swells and surf.

About 11,350 litres of diesel was removed by the salvage team before operations were suspended on Thursday. About 4,500 litres remained.

A 450-metre safety zone was placed around the vessel.

Partners in the effort included personnel in several divisions of the Department of Land and Natural Resources, Hazard Evaluation and Emergency Response, the responsible party, commercial salvors and the National Oceanic and Atmospheric Administration.

The cause of the grounding is under investigation.

The Pacific Paradise is part of the Hawaii longline fleet homeported in Honolulu.