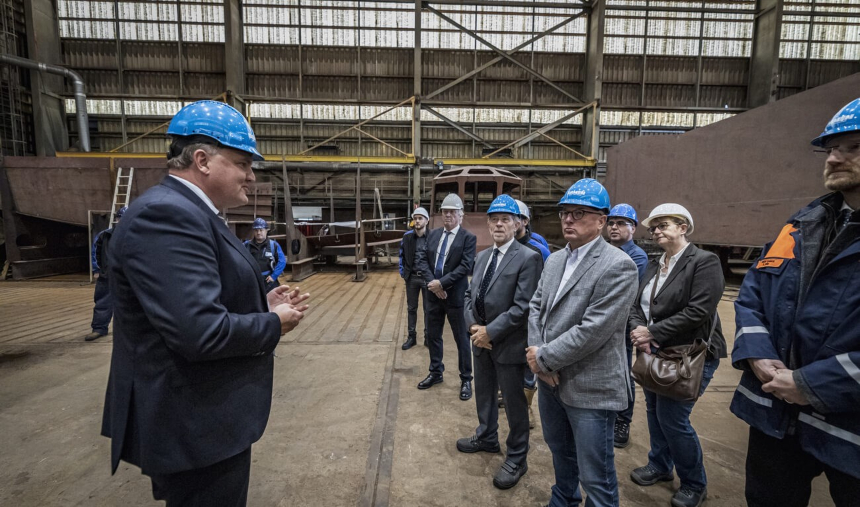 Damen and Europoort Construction have laid the keel for a new diving bell vessel ordered by Germany’s Fachstelle Maschinenwesen Südwest Koblenz (FMSW Koblenz) in January of this year.

The yet unnamed vessel will be operated by the Duisburg waterway and shipping authority Wasserstrassen und Schifffahrtsamt (WSA).

Following the fabrication of the hull, Damen will move the vessel to Damen Shipyards Gorinchem for the remainder of the build, outfitting, and commissioning process.

The vessel will replace the WSA’s existing diving bell ship, Carl Straat, which was delivered over 50 years ago. Further, the newer vessel’s diving bell system with its lifting system will allow the vessel to carry out its duties without the need to lower the water level of the rivers on which it operates.

The diving bell vessel will be used primarily to search for and recover lost cargo and wreckage, inspect underwater structures, and support works on the riverbed. It will also be used to deploy barrel anchors in gravel and rocky areas and to extract soil samples from the riverbed by using liquid nitrogen to stabilise loose material.

Europoort Construction has been contracted to build and deliver the hull in close cooperation with Damen Shipyards. Damen’s piping department will execute the main piping works during the block building stage at the company’s premises.

Delivery is scheduled for the fourth quarter of 2020.