COLUMN | The ocean on a plank [Tug Times] 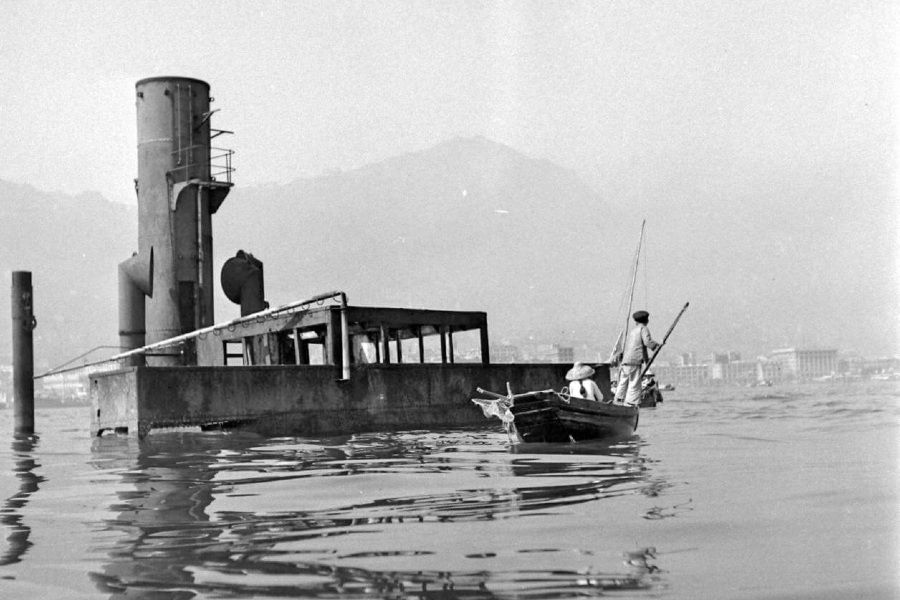 “When the Deities protect you, it is possible to cross the ocean on a plank of wood. Without their help, you may drown in a wayside ditch.”

Recently, I was pondering the fact that not many of us set out to forge a career in salvage and towage. Most of us think we are heading in quite a different direction when we unwittingly find ourselves on the bridge of a tug or on the periphery of a salvage job, and before we know it we are hooked. We have been, to paraphrase an old nautical expression, interfered with by the unpredictable digit of destiny.

For most of us, our subsequent careers will be exciting and satisfying, but some will go on to do really great things. Such a man was Captain W A Doust CBE, known as Alec to his friends, from whom I have shamelessly cribbed the heading and quote at the beginning of this column.

Doust was a keen sailor, and in 1914 he agreed to deliver a large yacht from Southampton to Turkey for a friend who had recently been posted there. By the time he arrived war had broken out, Turkey had declared for the Central Powers, and young Doust was an enemy alien. The Turks initially took very little notice of him, and simply issued him with an identity card to protect him from conscription and told him to anchor at Bebek on the Bosphorus. There he was befriended by a local landowner, who took him in and put him to work processing caviar and learning Turkish when he was not hunting on the estate.

After a number of years, two small fishing boats appeared in the bay, and Doust noticed they were flying the white ensign. The crews told him the war was over, and signed him on as an acting temporary sub-lieutenant. Before long he was in command of an old trawler towing barges to British outposts in the area.

On the basis of this experience, he was given a job by Ocean Salvage and Towage, who had several tugs operating in the eastern Mediterranean. He rose to be commodore of the fleet before returning to Britain to join the Salvage Association in 1932, and spent the next few years travelling to salvage jobs around the world.

“Doust and his team also pioneered the use of compressed air to pressurise damaged cargo holds and tanks to keep ships afloat.”

When war broke out again, Doust found himself working for the Admiralty Marine Salvage Department where he played a pivotal role in preparing the Admiralty for the rigours it was about to face. There was a shortage of almost everything, particularly good salvage tugs, so he designed a new class of ocean-going salvage tug which would be self-sufficient and could operate at remote locations without the need for support from elsewhere. Unfortunately, they would take years to build in wartime Britain so, in the meantime, he laid his hands on any craft he could get.

At the same time, he attempted to establish a core of divers, riggers and other specialists, in spite of fierce competition from all the other industries which were fighting for the same limited labour pool. He was also instrumental in devising and perfecting underwater cutting and welding equipment with the help of a captured Italian who was familiar with new devices pioneered by Germany.

Some of the supply problems were mitigated when President Roosevelt devised the Lend-Lease Agreement, described by Churchill as “the most unsordid act in history.” Doust could now buy pumps, compressors and other equipment from American suppliers, and his friend Admiral Sullivan of the US Navy even had an idea of how he might obtain good rescue tugs. All the major American yards were too busy turning out Liberty ships for the war effort, but there were dozens of smaller yards that were still building wooden vessels, and these were used with great success to produce the famous wartime rescue tugs.

Doust and his team also pioneered the use of compressed air to pressurise damaged cargo holds and tanks to keep ships afloat. Many ships were fitted with a compressed air system, and among its most famous successes was in keeping the tanker Ohio afloat despite massive damage, and thus contributing to the survival of Malta as the key British base in the Mediterranean.

When America entered the war, Doust transferred from the Admiralty, and became deputy to Admiral Sullivan, who had been appointed Principal Fleet Salvage Officer to the Allied forces in the Mediterranean. One of their major tasks was clearing ports and harbours captured from the enemy, which normally involved removing wrecks that had been deliberately filled with rocks and scuttled so they blocked the entrance channel and many of the berths. Doust and his team cleared the port of Bizerta in less than one month – obliterating some wrecks with explosives and lifting others.

“For all his magnificent achievements, he appears to be forgotten now.”

One of their greatest challenges came with the clearance of Naples, where they stopped counting after they reached a total of 150 visible wrecks. They mustered all the equipment they could find and even recruited a team of Italian divers who had been prisoners in North Africa, and within two days had cleared a slipway just outside the main port so the military could start to bring in supplies. The port was re-opened in stages and the military stores flowed without interruption.

Doust went on to clear Salerno, was involved in the Normandy landings, recovered a sunken floating dock in Trincomalee and, after the war in the Far East ended, was sent to clear Hong Kong harbour. He found great devastation and about 230 wrecks that needed clearing. By the end of 1946 the port was fully operational again – the first major port in the Far East to resume normal service.

One useful side effect of the clearance work came in the form of scrap steel being processed locally and used in construction ashore. In effect, the clearance operations permitted the rebuilding of the shore infrastructure. Many steel mills were established, and by 1950 Hong Kong was the largest ship recycling centre in the world. Doust and his team had kick-started Hong Kong’s post-war recovery.

He decided to stay in Hong Kong after he was demobilised, first as government salvage adviser, then as a salvage and civil engineering contractor in his own right. As far as I can tell, he was prosperous and successful, although I have been unable to find an obituary or any trace of him on the internet. For all his magnificent achievements, he appears to be forgotten now, so we are fortunate he left two books detailing his career and accomplishments.

There appear to be very few memoirs by tug people or salvors, despite so many of them having great stories to tell, so my next column will deal with another one. As for you, gentle reader, if you have a story to tell then please put pen to paper. What are you waiting for?