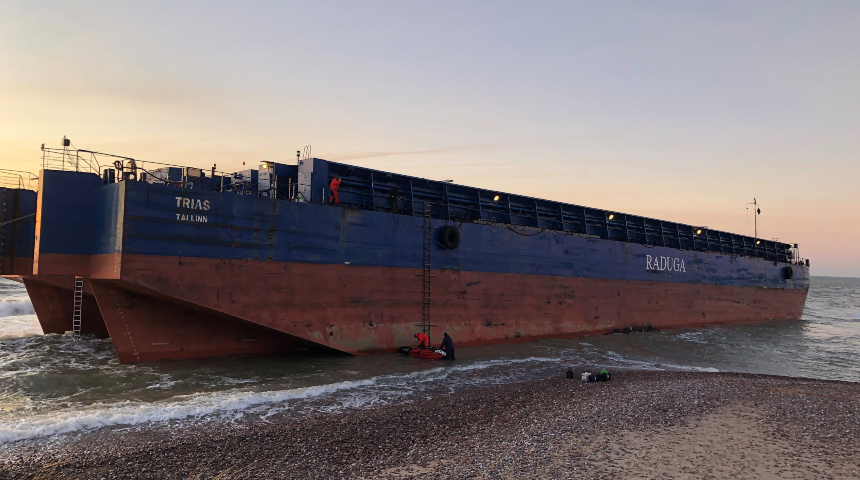 Alfons Håkans has successfully refloated a cargo barge that had run aground on a protected area along the Latvian coast, the company said in a statement on January 20.

Trias, a barge owned by Estonia’s Raduga Shipping, was under tow when the towline parted in poor weather on December 31, 2019. Consequently, the barge drifted aground near Ventspils, Latvia.

Preparations for salvage started immediately on January 5 after Alfons Håkans was contracted to salve the barge.

The tugs Thor and Poseidon were quickly mobilised to the area yet heavy swells slowed down the process.

Trias was finally refloated on the late evening (local time) of Sunday, January 19. The salvage work inflicted no damage to the barge, nor did it cause any pollution incidents.

Alfons Håkans said the barge has since been towed to Riga to be handed back to its owners.