Written by Baird Maritime on January 4, 2018. Posted in Tug and Salvage World. 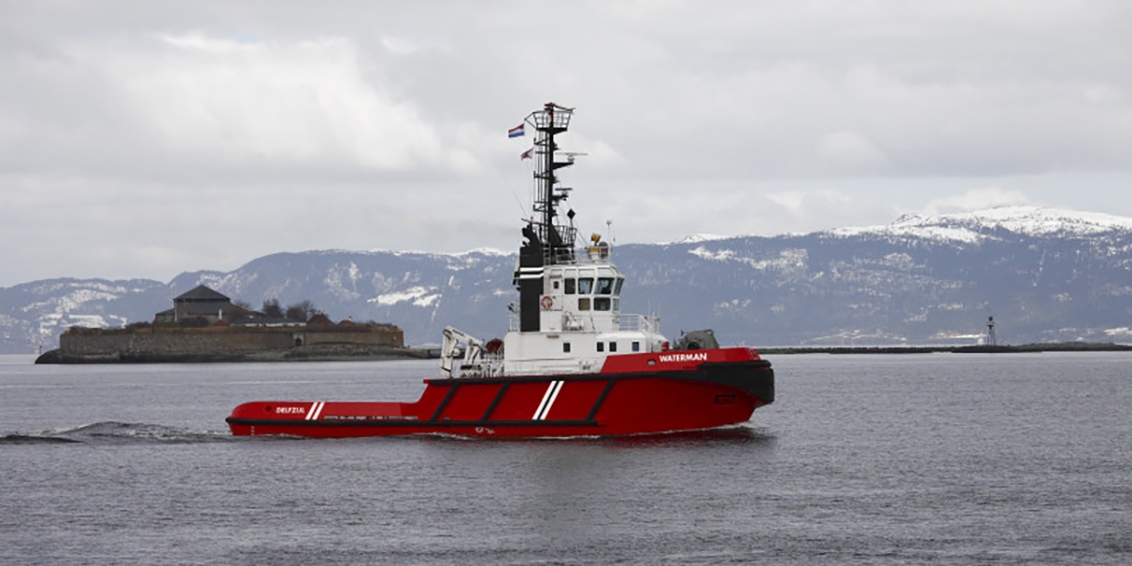 Royal Wagenborg has welcomed the delivery of its new tug Waterman at its homeport of Delfzijl in the Netherlands.

The 33.3-metre tug set sail from the Norwegian port of Trondheim to Eemshaven during the Christmas period.

The 60-tonne bollard pull tug with a 10.0-metre beam and a 5.0 metre draught will be deployed for port and sea towage, salvage operations and anchor handling services.