Written by Baird Maritime on May 20, 2019. Posted in Offshore Tugs and Operations. 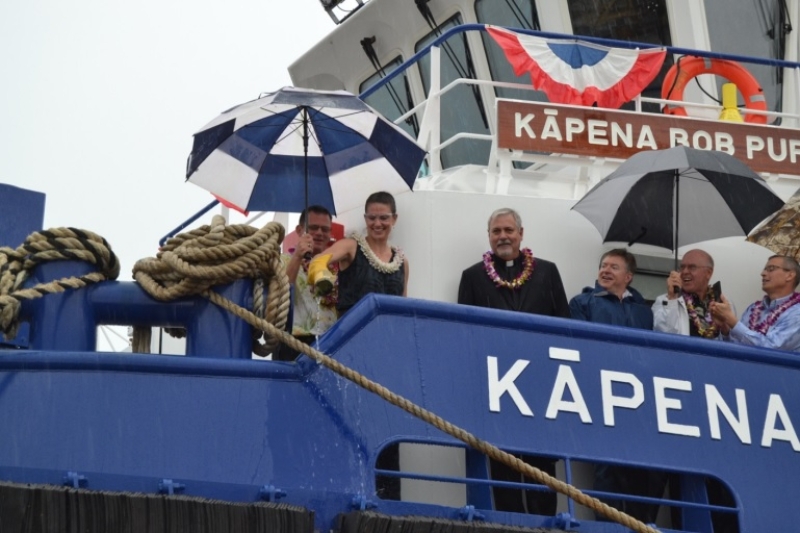 A christening ceremony has been held for the fourth ocean-going tug in a series ordered by Honolulu-based Young Brothers from Conrad Shipyard.

The tug is scheduled for sea trials by month’s end and will be delivered to its new owners immediately thereafter.