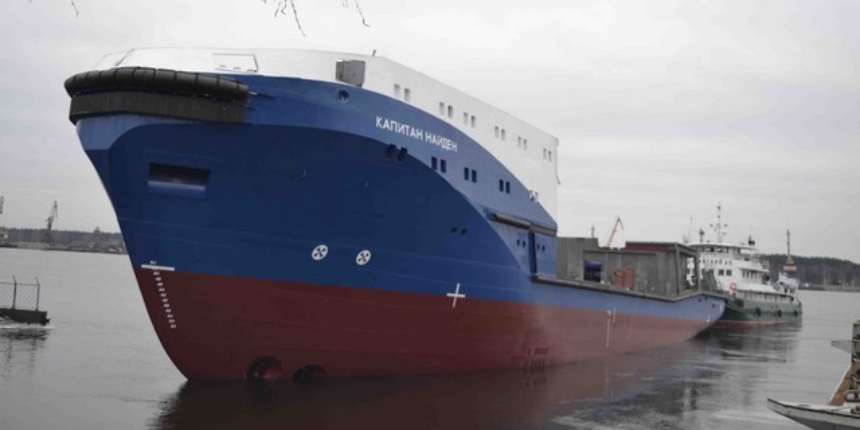 Yaroslavsky Shipbuilding Plant has launched the third of five sea-going tugs under Project 23470.

The vessel will sail under the name Kapitan Nayden upon entering operational service with the Russian Navy. In addition to performing ship escort, it will also be used for pilotage and firefighting duties.

The yet unnamed fourth and fifth vessels in the series are in various stages of construction while sister vessels Sergey Balk and Andrey Stepanov are in Sevastopol undergoing final preparations for delivery to the navy.