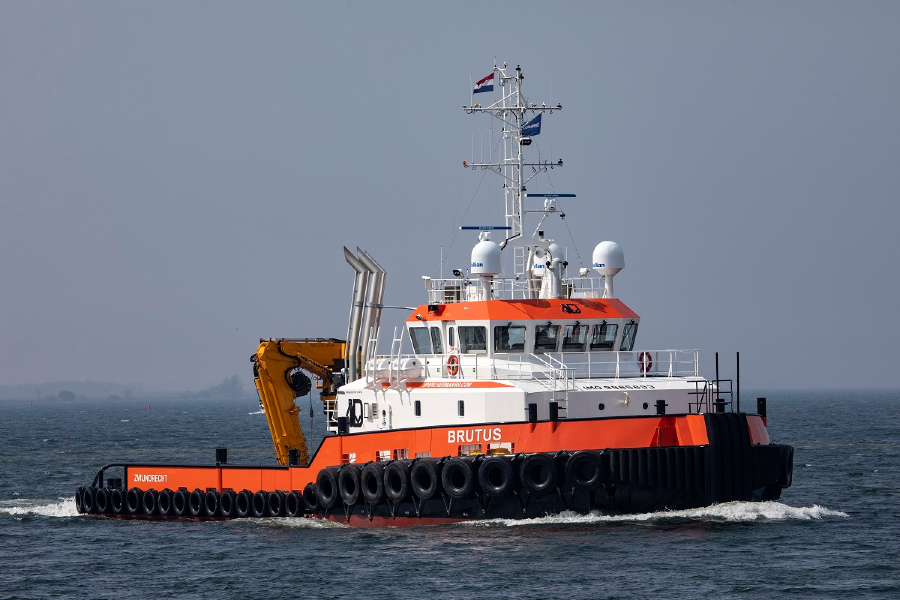 The Bureau Veritas-classed Brutus has an LOA of 35.55 metres, a beam of 14.37 metres, a gross tonnage of 493, and a draught of only 2.8 metres even when its fuel storage is at full capacity. It will normally be crewed by six people but can house up to 22 if needed. The accommodation options include three single cabins, eight double cabins, a client office, and a two-bed medical bay. All accommodation spaces are fitted with HVAC and are optimised to permit operations for extended periods far from shore.

The newbuild will be deployed primarily for windfarm support and maintenance duties, though its shallow draught means it can also operate in near-shore environments. Meanwhile, a DP2 system supplied by Kongsberg Maritime will ensure adequate station keeping in rough deep-sea waters as well as in waters in the vicinity of wind turbines and other offshore structures. Herman Senior said Brutus is the first vessel in its fleet to be DP2-capable.

The vessel is designed to also be capable of anchor handling, remotely operated vehicle (ROV) support, unexploded ordnance (UXO) clearance, dredging support, ocean-going towage, subsea installation support, and general supply duties. For these functions, it is equipped with a 600- by 800-millimetre moonpool for housing multi-beam sonars and other sensors and an open deck with an area of over 150 square metres. The open deck also boasts a load capacity of 10 tonnes per square metre and features an HS Marine knuckle boom crane capable of lifting a wide assortment of cargo and equipment with a total volume equivalent to that of four standard 20-foot containers.

Brutus is powered by a diesel-electric arrangement that consists of four Caterpillar C32 ACERT IMO Tier III-compliant main engines that deliver a combined output of 3,876 kW at 1,800 rpm to drive a quartet of Promarin fixed-pitch propellers via Reintjes WAF 765 gearboxes. The propellers are housed in Giessen Optima 1,900-millimetre nozzles to further contribute to the vessel’s shallow-water capability. The propulsion configuration enables the tug to achieve a bollard pull of just over 61 tonnes and a speed of 13 knots.

Assisting the tug in manoeuvring are a trio of 184kW thrusters. Two thrusters are fitted on the bow while the third is at the stern. For steering, the vessel relies on four fishtail rudders that can also be independently controlled.

The tug’s navigation and communications suite includes two radars and an echosounder from Furuno, Sailor VHF radios, a Cassens and Piat compass, three Anschuetz gyrocompasses, a Simrad autopilot, Intellian satellite TV, and Area A3-compliant GMDSS. A trio of 250W LED searchlights from Den Haan have been fitted as well. Power for all these systems is supplied by a C7.1 and a C9.3 generator set from Caterpillar. 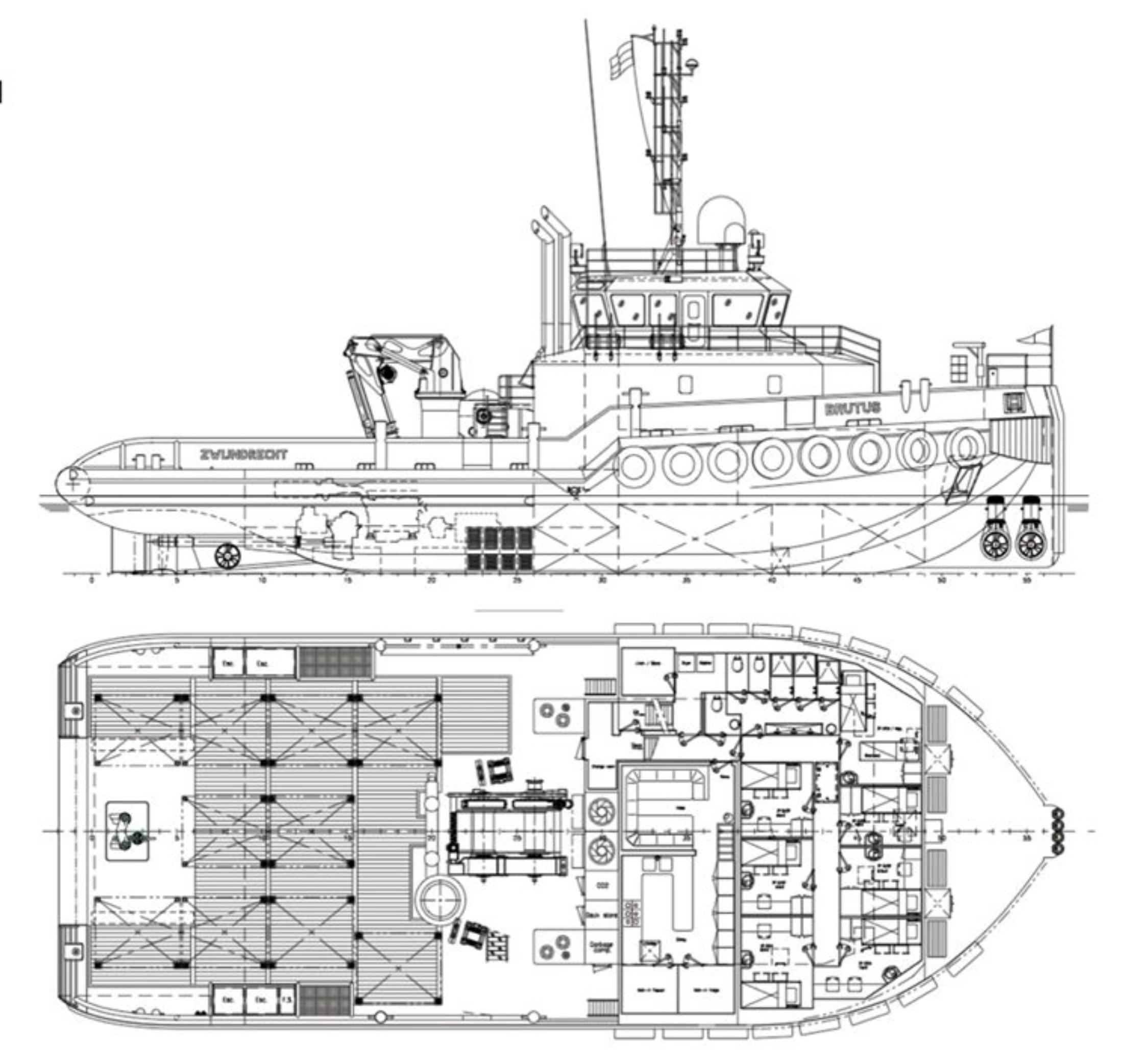 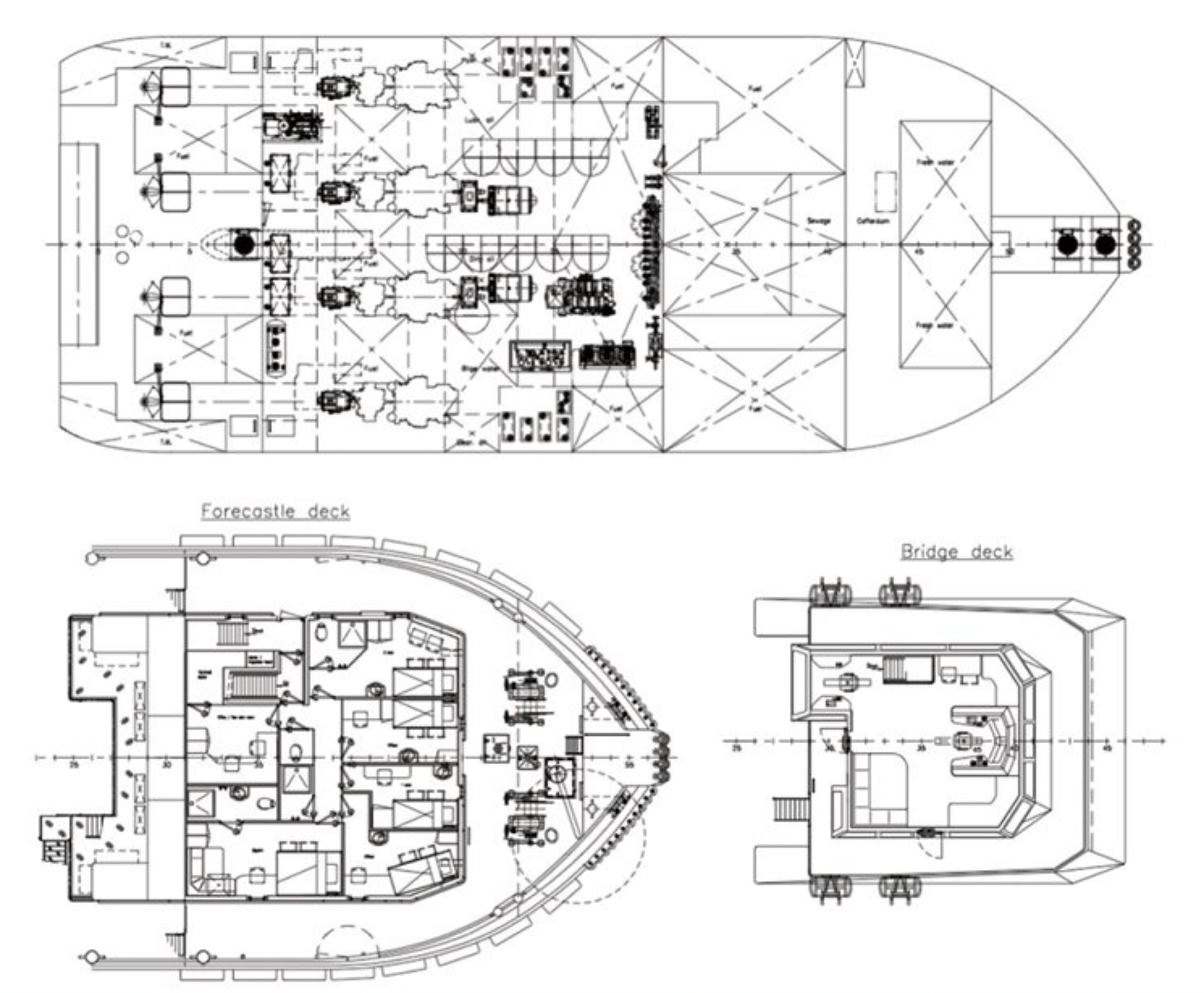