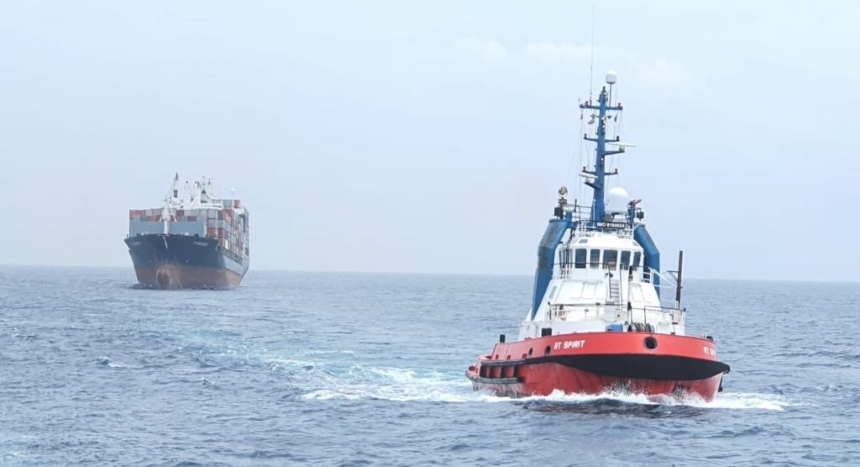 On the night of Monday, January 20, two tugs of Kotug International picked up the mayday signal of the Marshall Islands-flagged container vessel Em-Oinousses, sailing from Maputo to Mombasa, after it suffered a fire in its engine room.

Although the vessel’s crew adequately extinguished the fire, at approximately 80 kilometres off the coast of Nacala, Mozambique, the ship appeared to be uncontrollable.

In high swells, the salvage was carried out by the tugs RT Spirit and RT Magic. Both tugs made connections to the containership by 21:00 local time on Monday and took it undertow towards the Port of Nacala.

All 25 of Em-Oinousses‘ crew safely disembarked the vessel at the Port of Nacala on Tuesday, January 21.