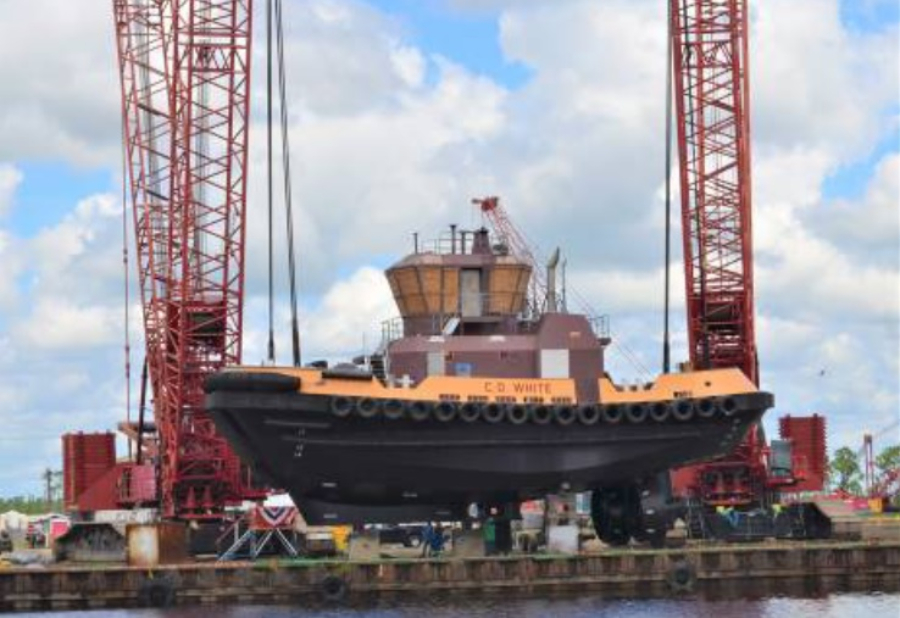 Eastern Shipbuilding Group has launched the first of two ship-handling tugs in a series ordered by New Orleans-based E.N. Bisso and Son for its Bisso Offshore division.

C.D. White is scheduled for delivery in December of this year. A. Thomas Higgins, the second and final tug in the series, is currently under construction at Eastern Shipbuilding’s facility in Panama City, Florida.