Written by Baird Maritime on February 8, 2018. Posted in Offshore Tugs and Operations. 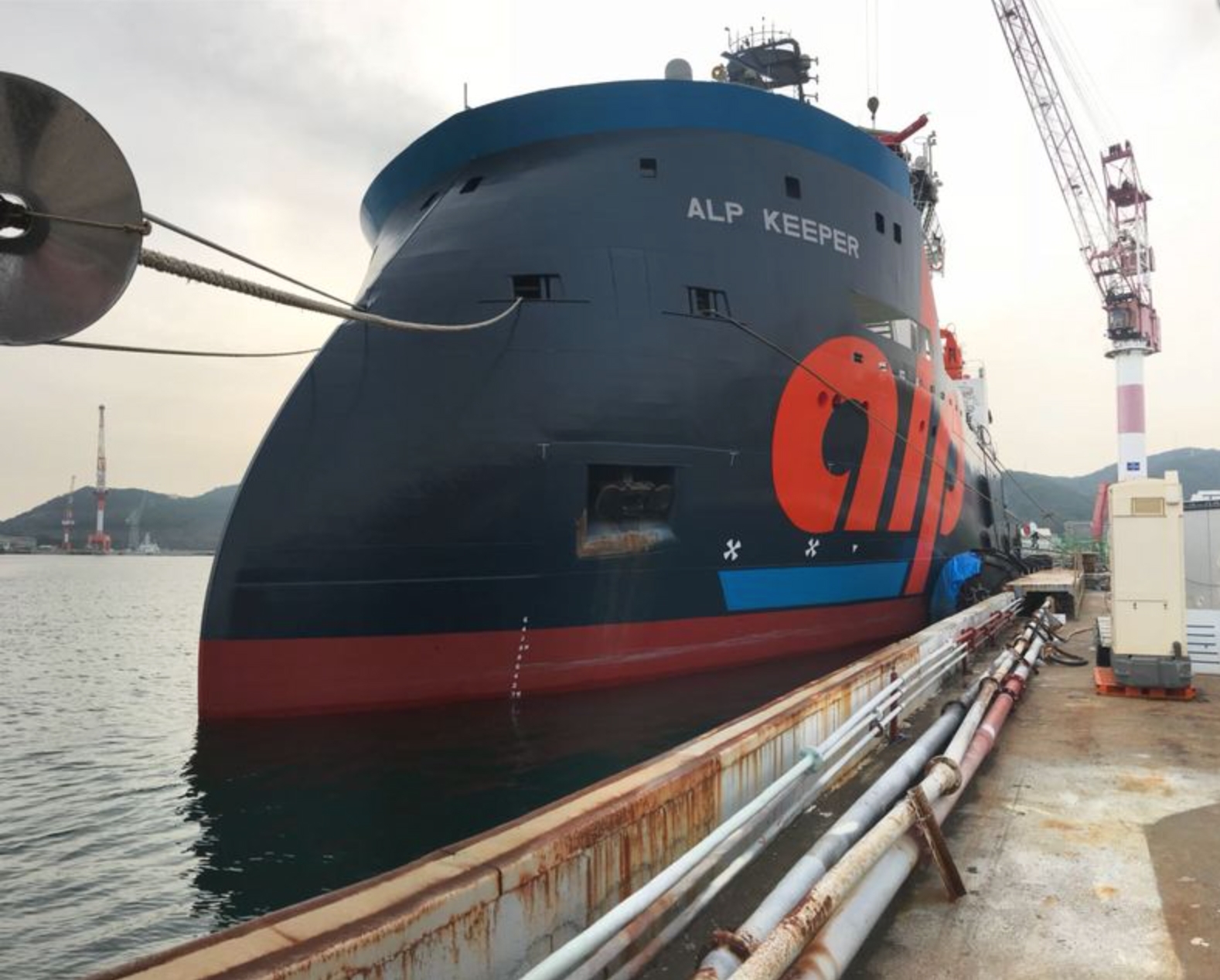 The DP2, 88.9-metre by 21.0-metre newbuild with a 302-tonne bollard pull left the shipyard before starting her journey to Pohang, South Korea for a further fitout.

ALP Keeper is part of the ALP Future class.

The vessels have a fuel capacity of 3400 cubic metres of intermediate fuel oil/marine gas oil, which is sufficient for non-stop trans-Atlantic or Indian and Pacific Ocean towing operations without stopping for fuel.