Written by Baird Maritime on August 2, 2018. Posted in Tug and Salvage World. 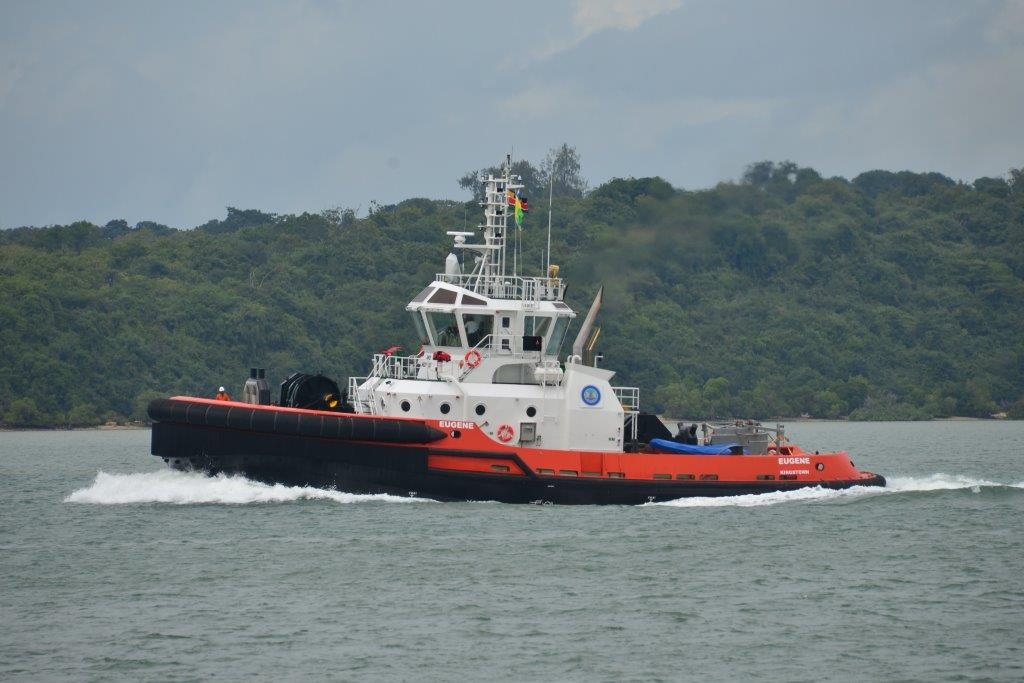 The Kenya Ports Authority has acquired a new Sh1.1billion (US$11 million) tug to boost efficiency at its crucial marine operations.

The port authority says the 75-bollard-pull tug will be instrumental in undertaking marine operations including berthing and un-berthing of ships.

Christened Eugene, the ASD tug arrived at the Port of Mombasa on Monday after a 26-day journey from Cheoy Lee Shipbuilders in China.

The tug has a length overall of 32 metres.

The tug will also effectively provide fire suppression at sea, maritime pollution control and berthing. It will have the capability to execute tug services within and outside the harbour.