Written by Baird Maritime on July 19, 2018. Posted in Tug and Salvage World. 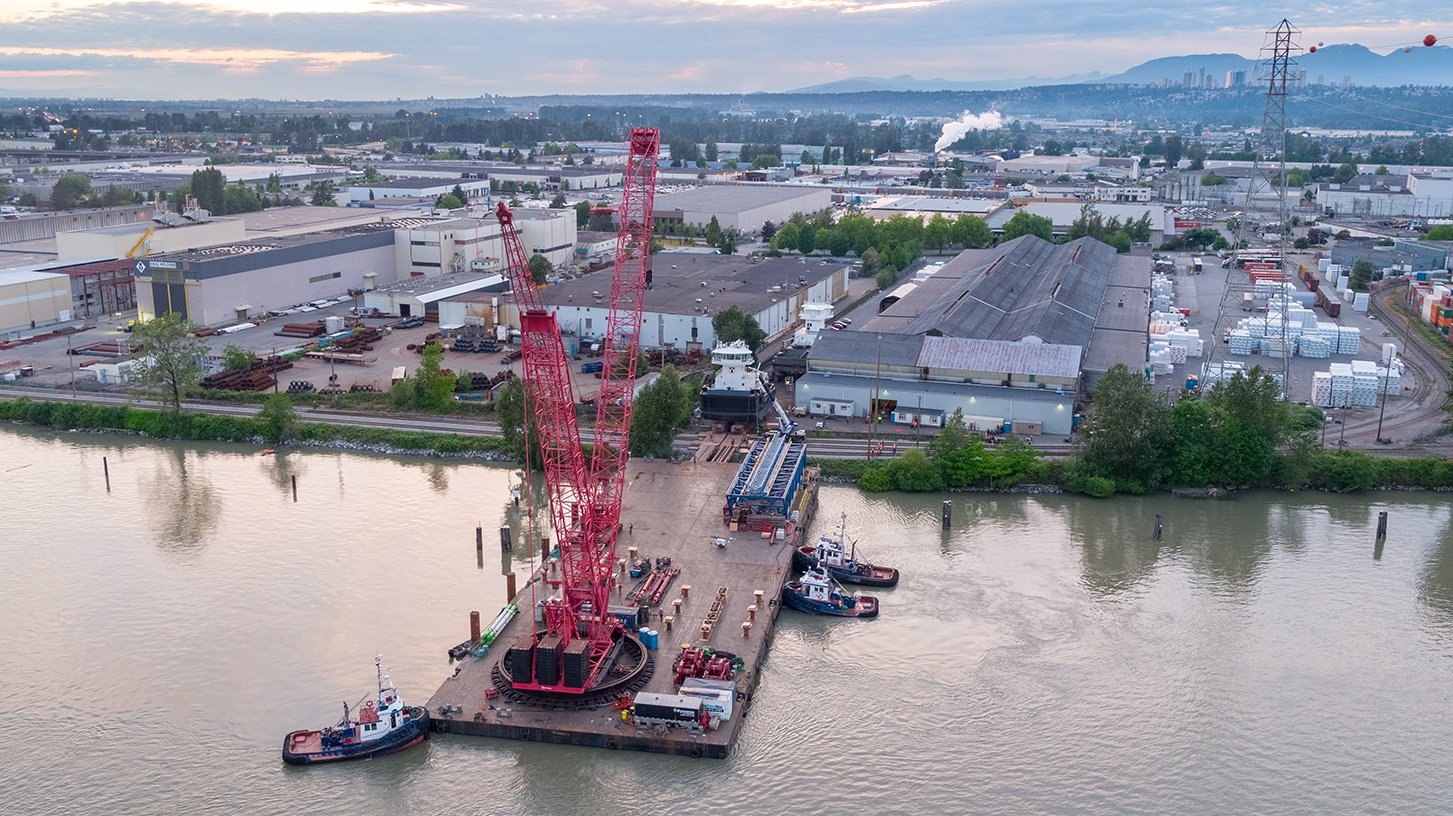 The 23.9-metre-long by 12.5-metre-wide had to be transported from ITB’s Annacis Island facility, with no clear access to water, to the harbour for berthing.

The two tugs were then transported to Tidewater Shipyard for completion.