Written by Baird Maritime on December 6, 2017. Posted in Tug and Salvage World. 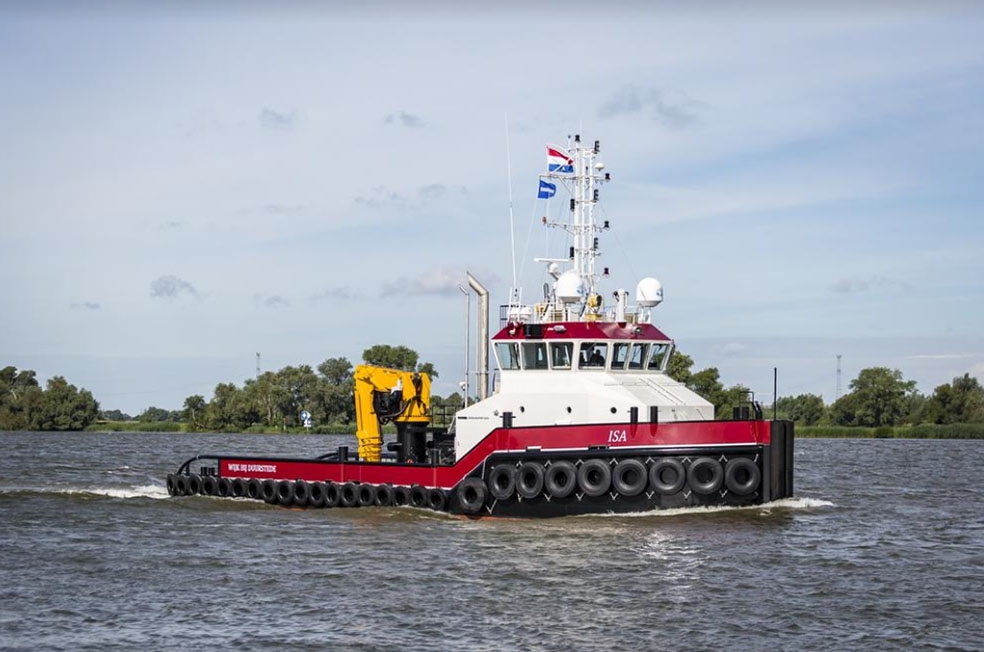 Damen Shipyards at Hardinxveld in the Netherlands held the naming ceremony last month.

She replaces a similar smaller vessel, also called Isa, which was delivered at the close of 2016 and has been operating in the Baltic Sea.

The versatile vessel was designed to operate in shallow waters, and the 32-metre long, nine-metre wide Isa can be used for towing, mooring, pushing, anchor handling and dredging support.

Isa has twin Caterpillar engines delivering 2,600kW for 52 tonnes of bollard pull and a top speed of 11 knots. There is also an HS Marine deck crane that gives eight tonnes of lift at 16 metres, and a 50-tonne towing and a 12-tonne tugger winch.

She accommodates up to seven crew.