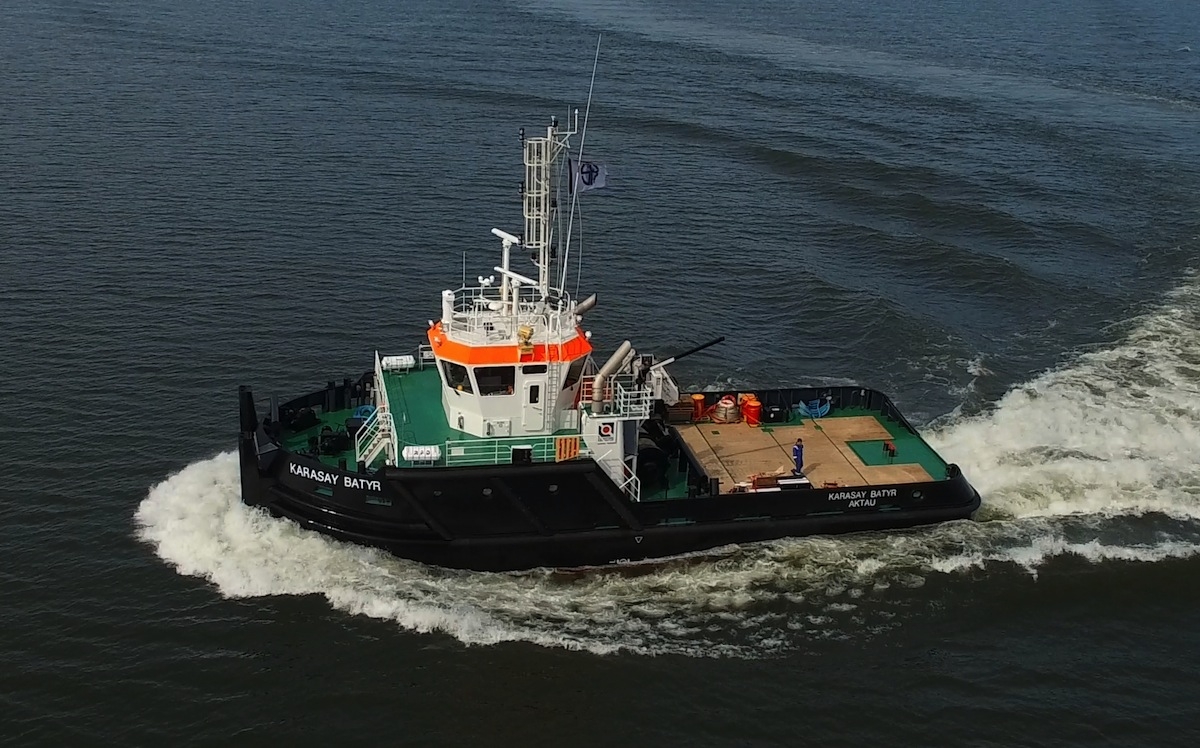 The first vessel in the series, Kabanbay Batyr, was handed over on completion of successful sea/river trials at the end of March and immediately began her maiden trip – sailing by sea in the direction of Kazakhstan.

In succession to this, yard number 482, Karasay Batyr, 483, Bogenbay Batyr, and Raiymbek Batyr, were delivered following sea trials in April and May respectively. A pair of smaller tugs was also part of the order, making for a total of six vessels.

“Batyr” is an honorific term meaning “brave warrior” in the Kazakh language. All six vessels are named after famous Kazakh warriors. 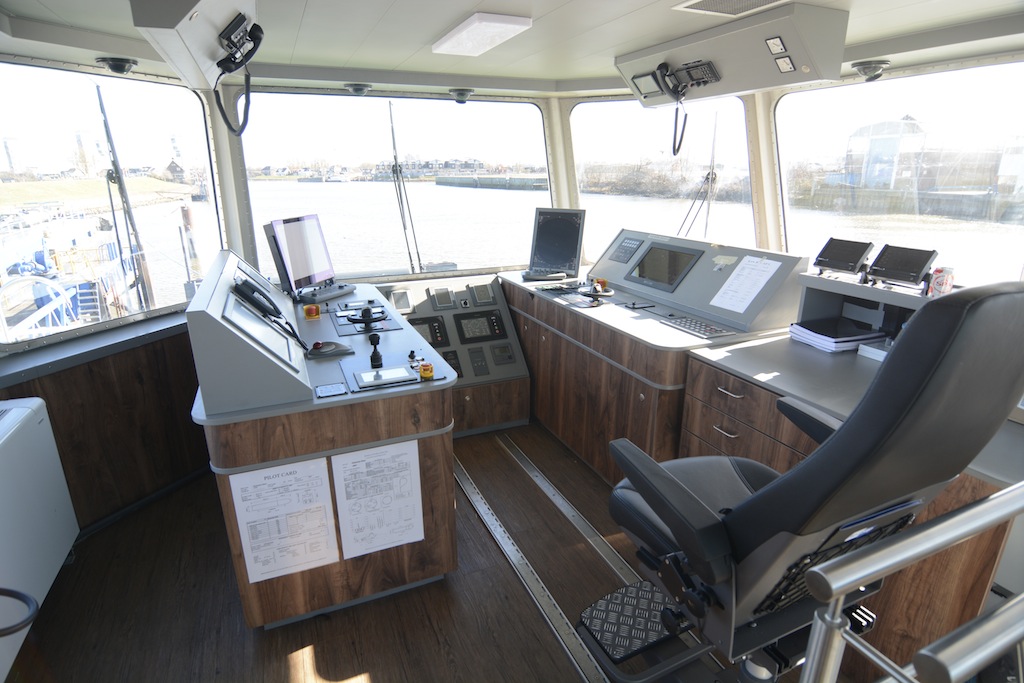 The 29.15- by 10.73-metre ice class tugs, featuring azimuth stern drive propulsion units and a bollard pull of 42 tonnes, will assist with the “straight-line” transportation of barges and vessels with modular cargo, components and supporting equipment, along the CaTRo (cargo transportation route) channel to the offloading facility in Prorva, in the North Caspian.

The design is characterised by a special hull, with a shallow draught and large diameter propellers. The four larger ships were built at De Hoop’s headquarters in Lobith.

Raiymbek Batyr and her sisters each provide night accommodation for a total of nine crewmembers. De Hoop’s knowledge and experience of luxury cruise vessels is reflected in the high standard of accommodation, including low noise and vibration levels to enhance the comfort of the crew.

Besides the crew cabins, the accommodation consists of a changing room with separate sanitary spaces, laundry, galley, mess room and cooled/dry storages.

As a result of the design of the vessel and its propulsion configuration, in combination with sophisticated insulation, including a floating interior, and climate control system, pleasantly low sound levels are achieved. 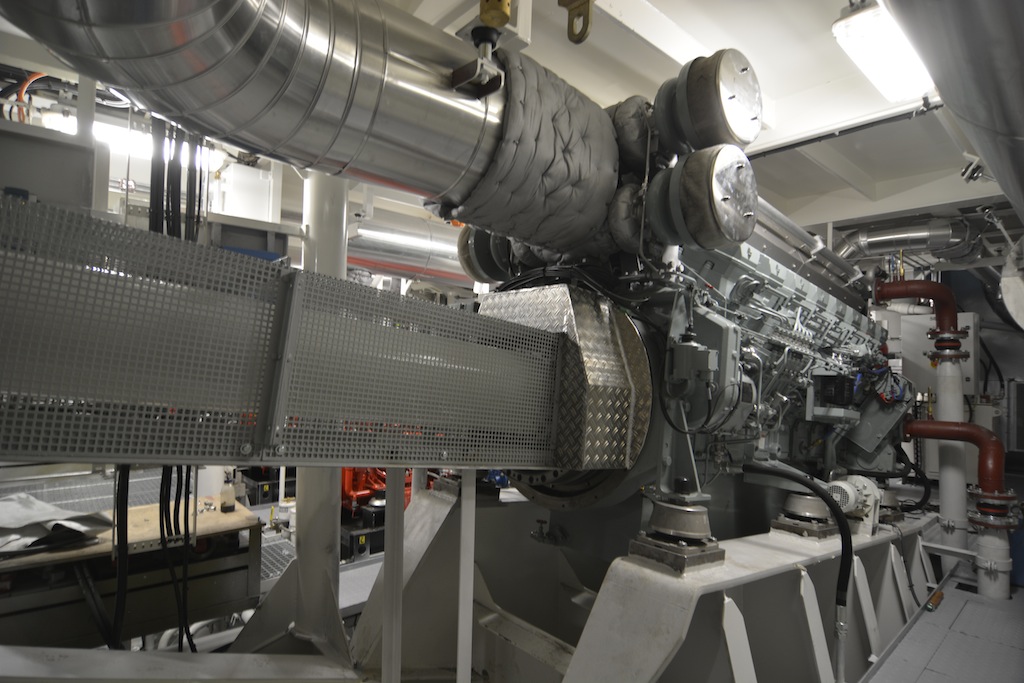 The aft deck accommodates a Kraaijeveld towing winch and a crucifix bollard for 45-tonne pulling force, combined with a Mampaey quick-release towing hook.

The foredeck features a 15-tonne crucifix, as well as two Kraaijeveld barge coupling winches and a Kraaijeveld anchor winch. 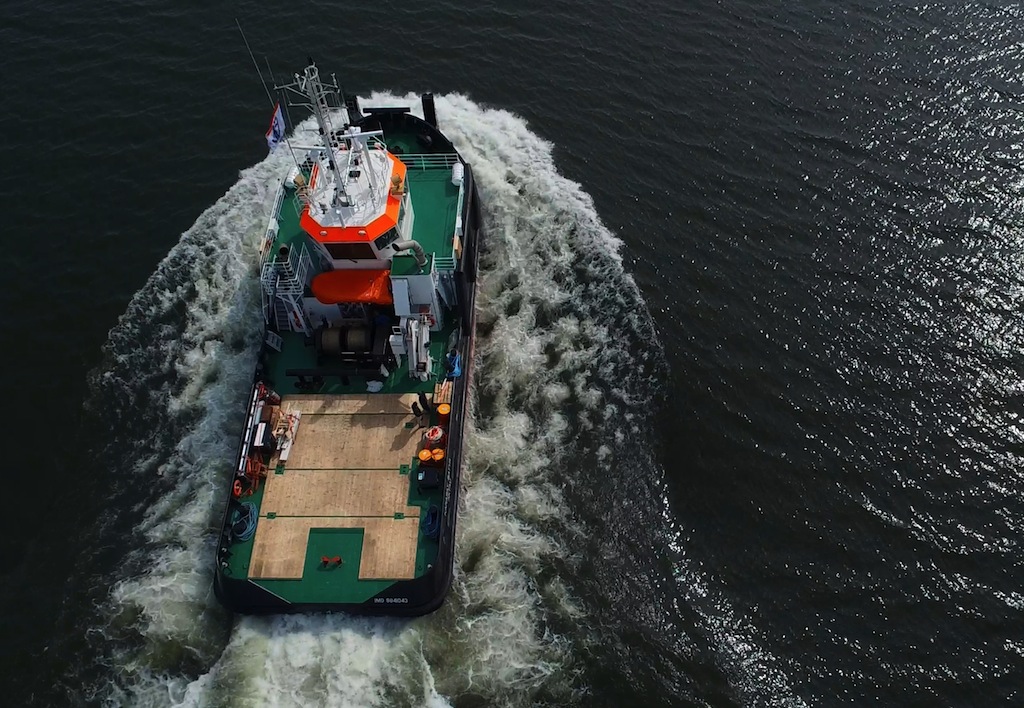 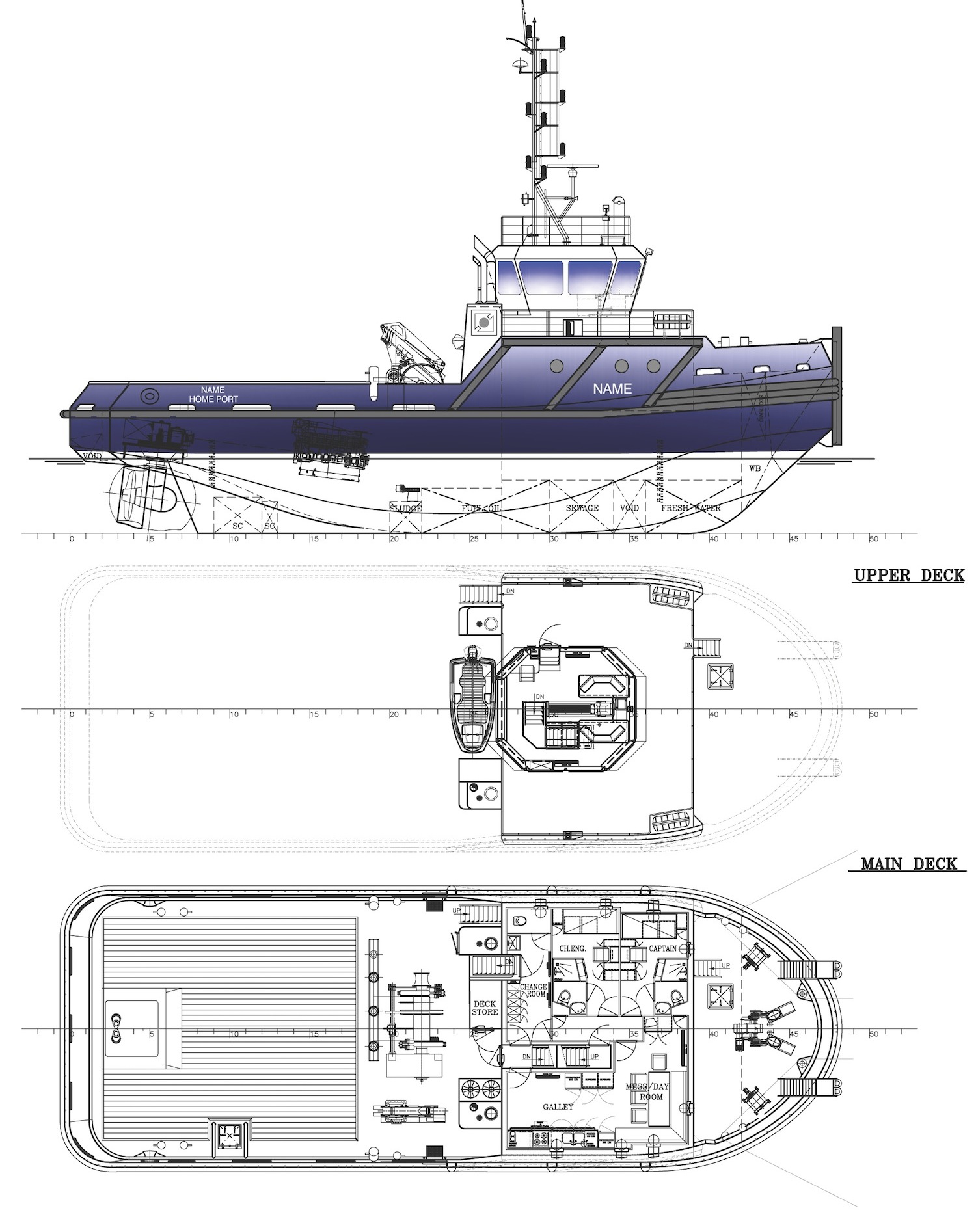