Written by Baird Maritime on May 5, 2020. Posted in Inland Tug Operations. 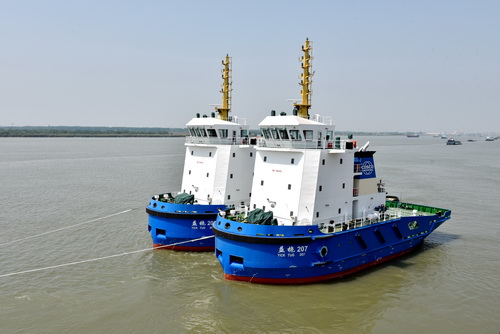 Jiangsu Zhenjiang Shipyard delivered two pushboats in a series to COSCO Shipping Bulk on Sunday, May 3.