Written by Baird Maritime on May 9, 2018. Posted in Inland Tug Operations. 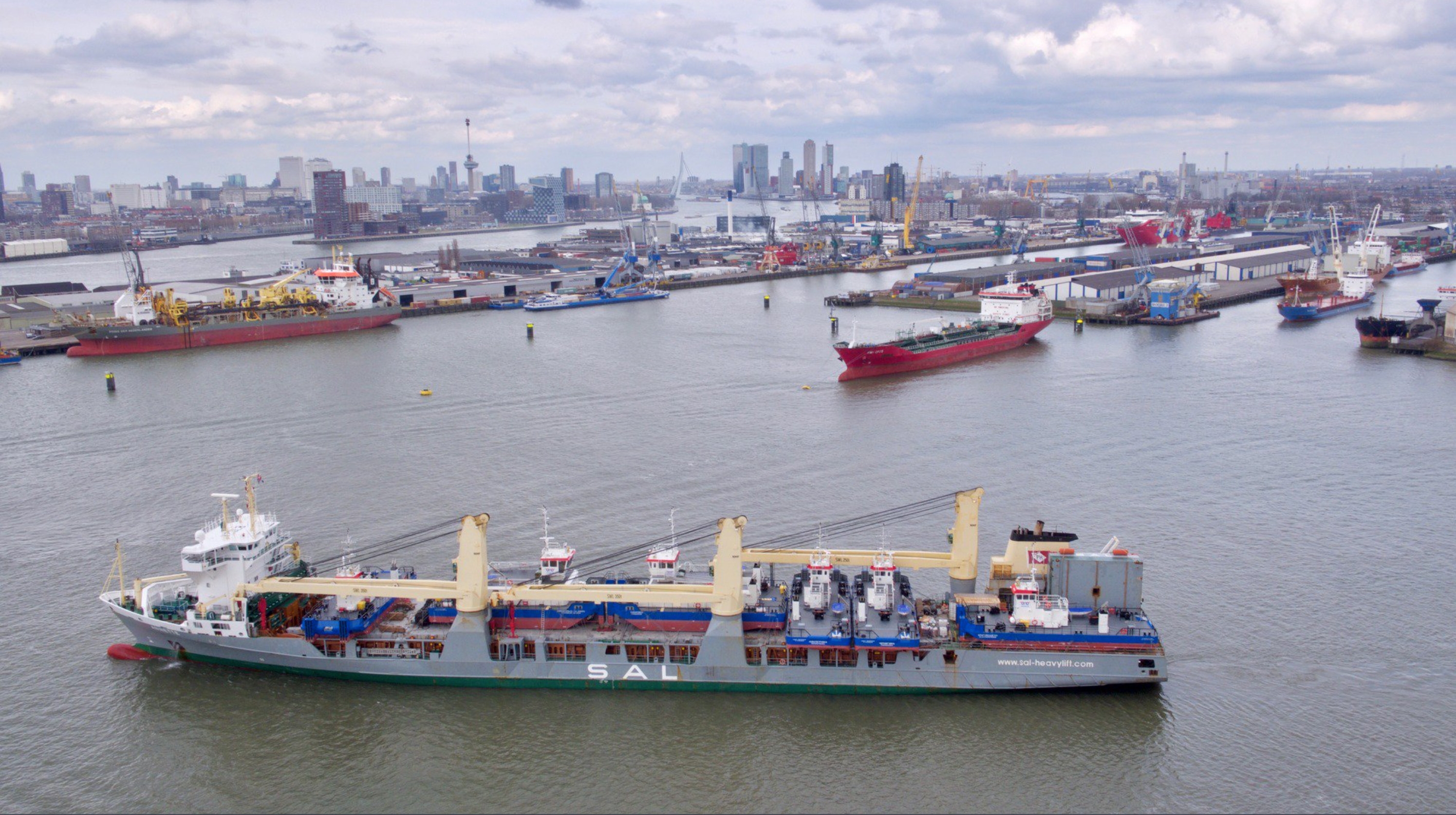 A 19-vessel order of shallow-draught vessels has been delivered to the Russian port of De-Kastri for use on inland waterways.

The workboats and pusher tugs were loaded on to a heavy lift vessel at Rotterdam to make their way to the Sea of Okhotsk port.

The China-built 89-metre pontoons and 86-metre side floaters arrived at the same time.

Upon arrival, the fleet began to move much of the 176,000 tonnes of equipment that Combi Lift is responsible for bringing to the site of the new gas processing plant. This includes 12 columns weighing 900 tonnes each.