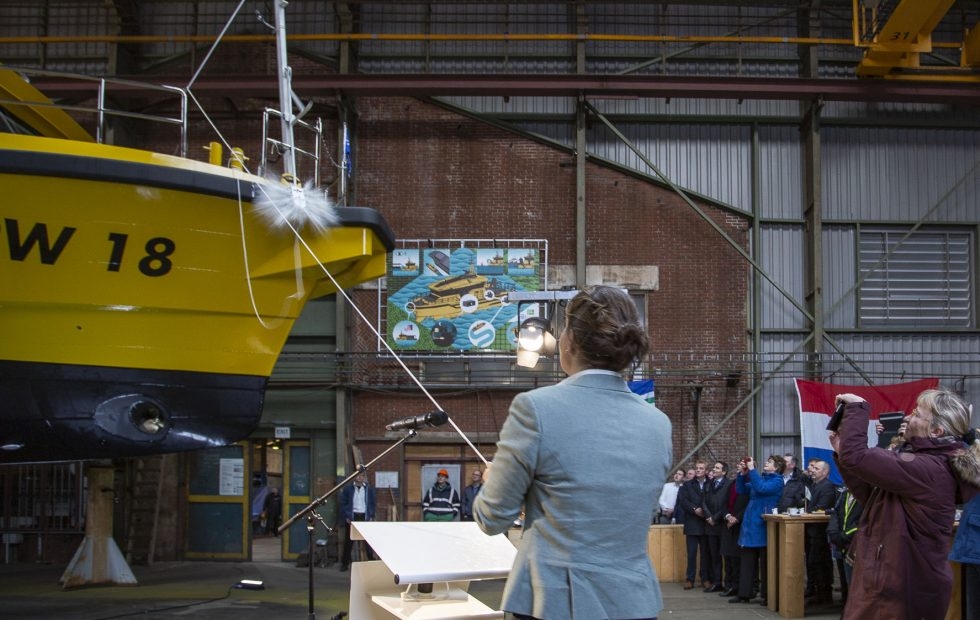 The government of the Dutch province of Groningen christened a new electrically powered workboat at Niestern Sander’s shipyard in Farmsum on Thursday, March 14.

The vessel, which will replace a 46-year-old workboat delivered by the same shipyard, has been named PW-18.

The vessel will be used for monitoring and enforcement duties as well as for supervising special transports by water throughout the province’s nearly 143 kilometres of waterways.