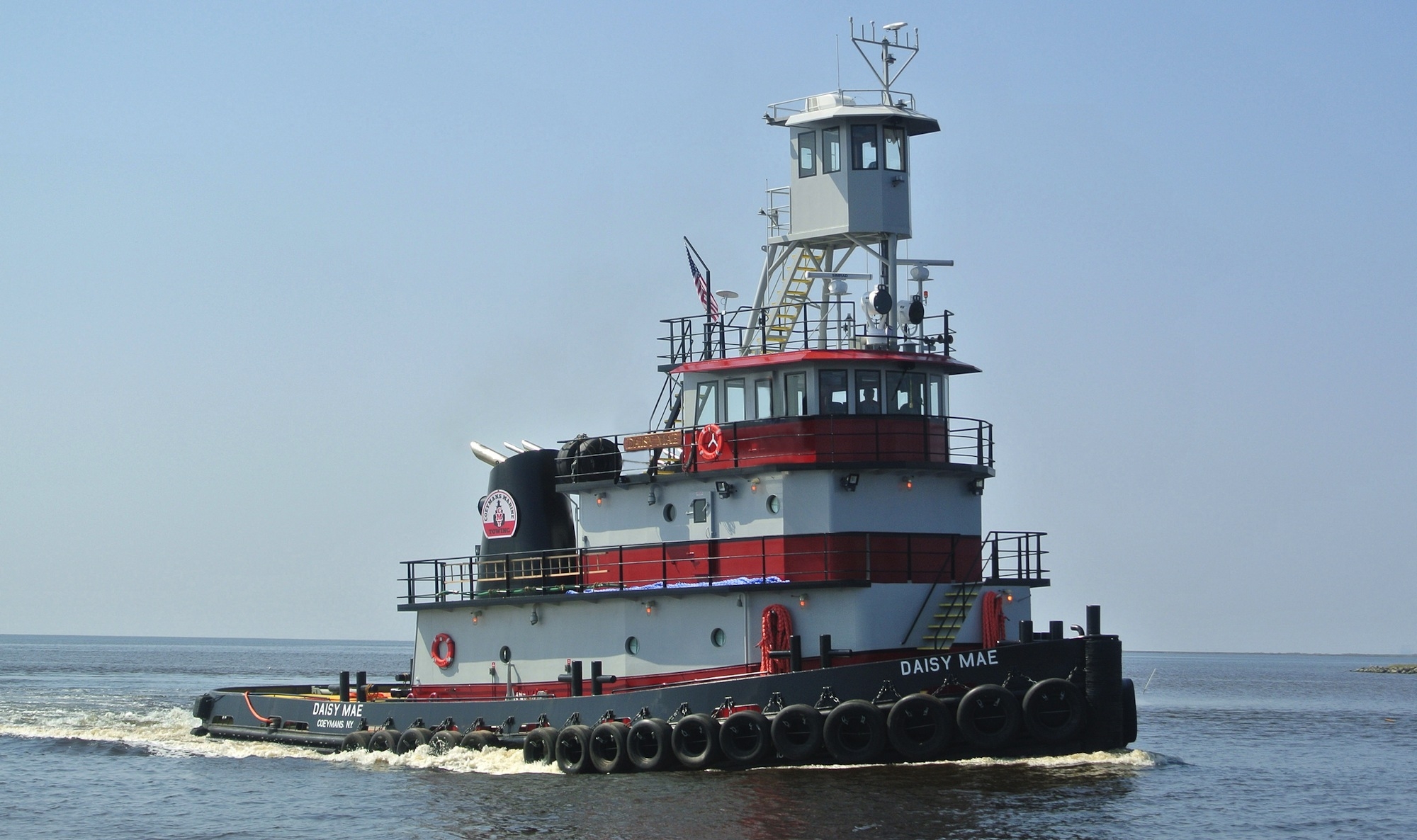 “The Daisy Mae is the closest you can get to Z-drive manoeuvrability, without the cost of Z-drive,” maintains her builder Joseph Rodriguez of Rodriguez Ship Building in Bayou LaBatre, USA.

Rodriguez has designed and built a lot of tugs over the years and doesn’t make this claim lightly. Furthermore, he backs it up with his description of the beamy 25 by 9.8-metre tug that his yard delivered to Coeymans Marine Towing. 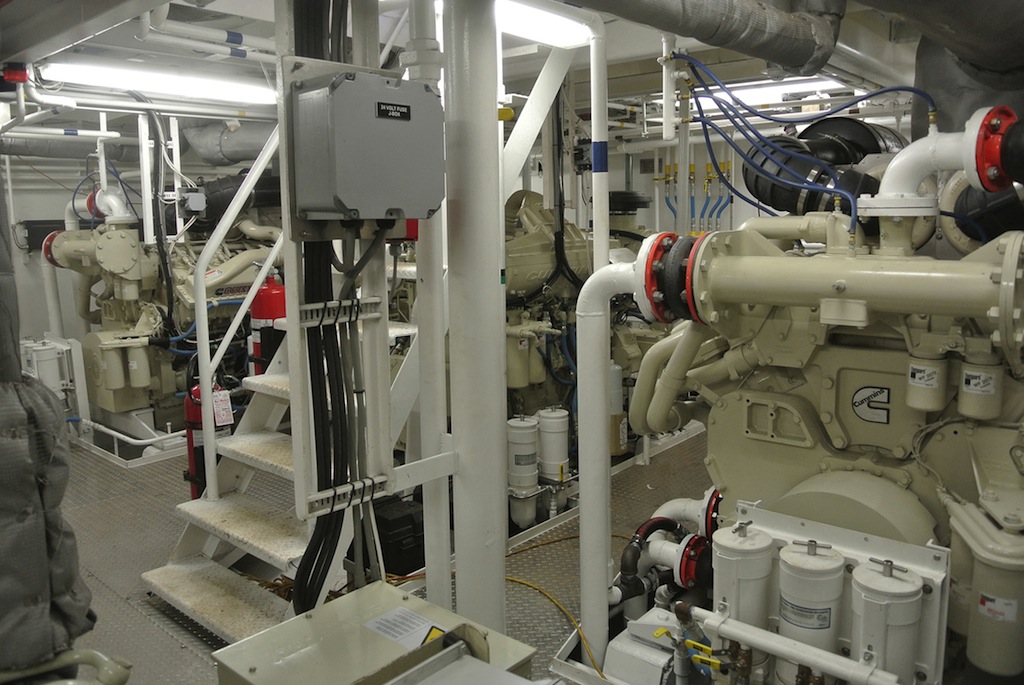 The two outside engines turn Kahlenberg stainess steel four-blade Kaplan style 1.9- by 2.0-metre propellers through Twin Disc gears, while the centreline engine is fitted with a 1.66- by 1.83-metre propeller with a similar configuration. Shaft brakes have been installed all three shafts to allow rapid shifting fore and aft. All the propellers are fitted with Kort nozzles to enhance their thrust by as much as 32 per cent for a bollard pull of 47.5 tonnes.

With a maximum draught of only ten feet, the Daisy Mae will work comfortably along the Hudson River. With her model bow, she has better sea keeping abilities than a conventional riverboat. At the same time, she has riverboat manoeuvrability with tow flanking rudders on both the two outside props. The combination of powerful port and starboard engines with Kort nozzles on a beamy hull, together with the shaft brakes, foil-shaped steering rudders, and towboat style flanking rudders will give the operator of the new tug a lot of options for manoeuvring in the river currents or tight harbours when towing, pushing or on the hip of barges.

For pushing, the tug is equipped with a second, elevated aluminium pilothouse with a 12.5-metre above the waterline eye level. For towing, a Markey towing winch, with 600 metres of 3.8cm wire, is mounted on the aft deck. A pair of Patterson 40-tonne deck winches is mounted aft for making up to push. Although built in the south, she is built for the north with heavy ice strengthened frames and plating forward. As an ABS load line vessel she has been stability tested and she is Sub-chapter M compliant including all required fire suppression systems. 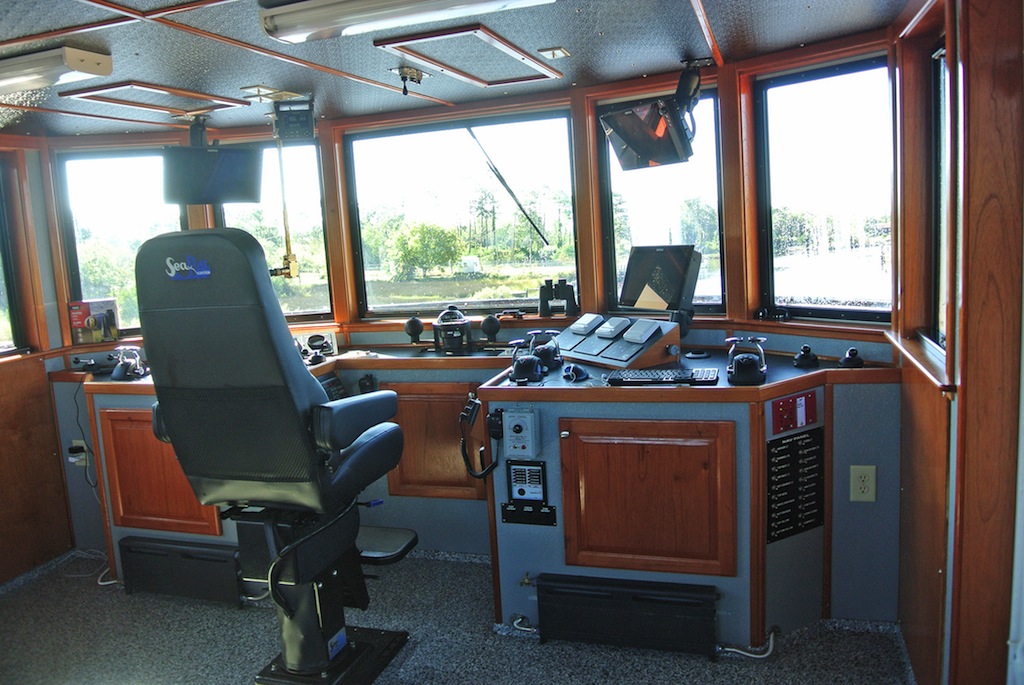