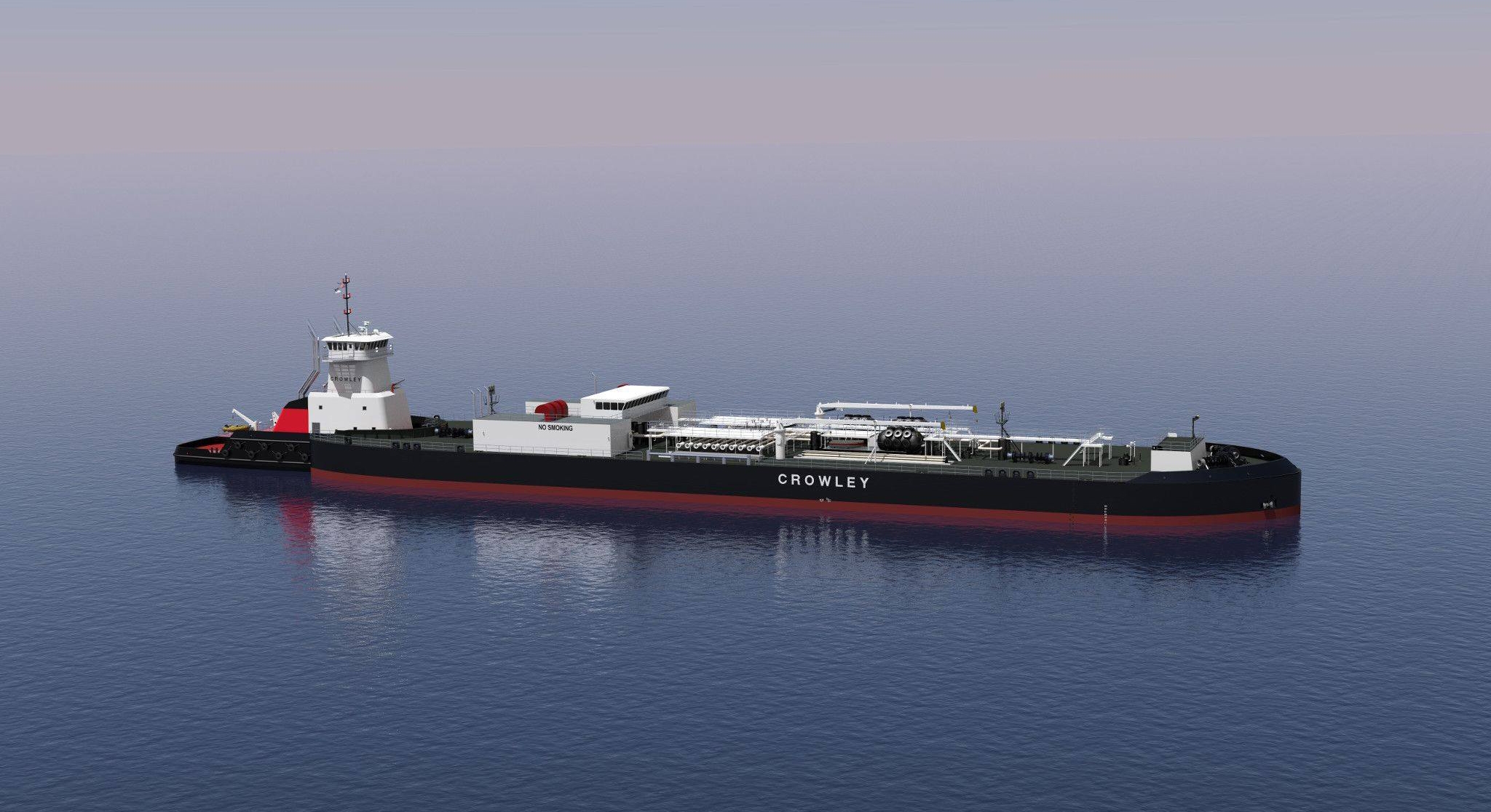 Crowley Fuels has signed a construction contract with Bollinger Shipyards to build up to two 100,000-barrel-capacity articulated tug barges (ATB) to transport clean petroleum products in the Alaska market.

Designed by Jensen Maritime, the Alaska-class vessel will be built at Bollinger Marine Fabricators at Amelia, Louisiana, with an estimated delivery in the fourth quarter of 2019.

The contract includes an option to build a second ATB.

Once built and deployed, Crowley will operate the ATB under a long-term charter with Alaska-based Petro Star.

The 147.2-metre barge will be named Oliver Leavitt, in honour of ASRC’s former chairman. The tug will be named Aveogan, Leavitt’s Iñupiat name.

The tug will feature azimuthing drives to enhance manoeuvrability, and an Intercon C-series coupling system with a lightering helmet and barge ladder wave design.

It will be equipped with fire monitors and foam proportioner, providing off-ship firefighting capabilities to the barge.

The ATB was designed under the Safety of Life at Sea (SOLAS) convention and it will be classed with the American Bureau of Shipping (ABS).

The vessel will be built with enhanced features to benefit the crew, including 45-degree sloped staircases, interior sound deadening and staterooms with bathrooms.