Construction completed on new towboat for Cooper Marine and Timberlands 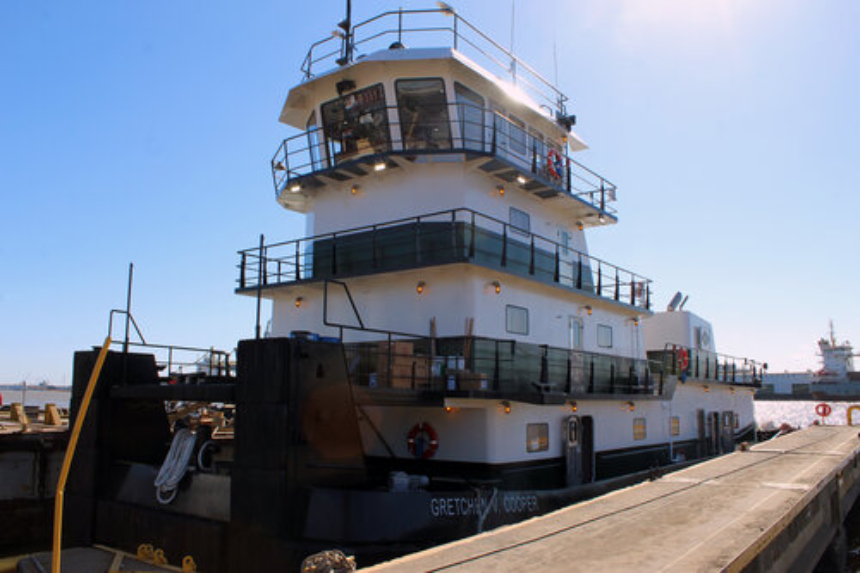 The vessel has been named Gretchen V. Cooper after the wife of Cooper/T. Smith President Angus R. Cooper III. It has a length of 33.5 metres, a beam of 10 metres, a draught of 2.5 metres, and two Caterpillar 3512E 1,267kW EPA Tier IV-compliant diesel engines.

Electrical power is supplied by a pair of Caterpillar C4.4 generators.