The Polish government’s Marine Offices at the ports of Gdynia and Szczecin recently took delivery of two new multi-purpose vessels in a series built by local shipyard Remontowa and designed by Remontowa Marine Design and Consulting, under a project co-financed by the European Union Cohesion Fund.

Named Zodiak II and Planeta I, the DP-equipped newbuilds were designed to perform a broad array of duties including buoy maintenance, icebreaking, hydrograhic research and surveys, search and rescue, firefighting, oil spill response, towing of disabled vessels, remotely operated vehicle (ROV) support, and limited cargo and personnel transport. These roles were previously undertaken by two vessels that are now nearing the ends of their respective 38-year service lives.

As with their predecessors, the newer vessels were built in response to the operators’ need for platforms that could perform different functions without having to rely on multiple specialised craft. The customer had decided that having a smaller fleet of vessels that could be adapted to a wider range of duties offered significant economic gains compared to the alternative of renting single-purpose-only craft on a purely ad hoc basis. Further, the acquisition of the new vessels was done in anticipation of increased transshipment activity at the ports of Gdynia and Szczecin in the succeeding years.

Zodiak II and Planeta I each have an LOA of 60.1 metres, a beam of 13.4 metres, a design draught of 3.5 metres, a deadweight of approximately 350 tonnes, a working deck area of 310 square metres, and space for six crewmembers and 65 other personnel, such as technicians and rescued incident survivors. 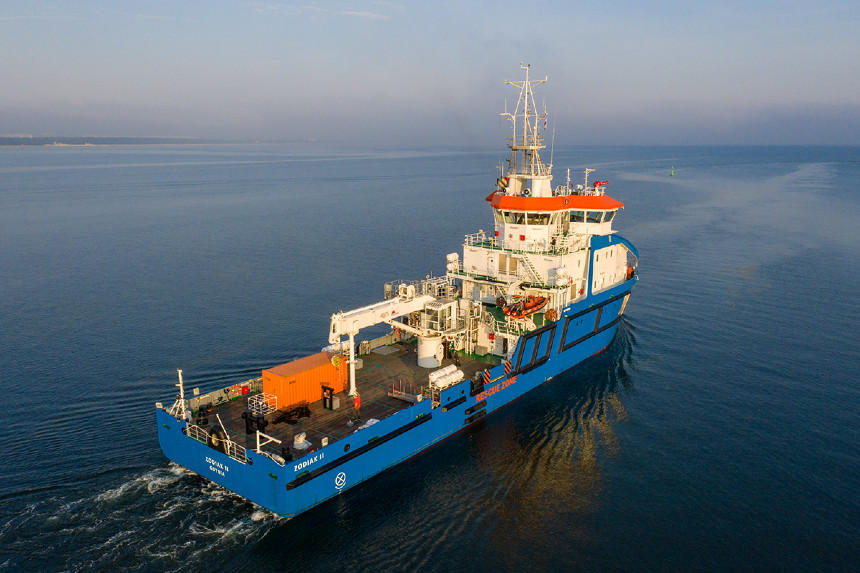 A diesel-electric propulsion system drives a pair of Steerprop 1,400kW azimuth thrusters to deliver a bollard pull of 40 tonnes, a free running speed of 15 knots, and an icebreaking speed of five knots. The DP system allows for precise manoeuvring with the aid of a simple joystick while a Cummins selective catalytic reduction (SCR) system helps in reducing harmful emissions generated by the diesel engines and generators.

The vessels are designed primarily for operation in the Baltic Sea out to 200 nautical miles from their respective homeports but are also equally capable in inland waterways.

“Designing vessels that would be capable of a wide range of diverse tasks while possessing the most up-to-date electronics and propulsion systems proved challenging,” Remontowa Shipbuilding told Baird Maritime. “Specifically, we had to find a way to optimise the hull structure to ensure improved operating efficiency without sacrificing the strength necessary for sailing in ice or the ability to carry all the equipment that the vessels would need to carry out their intended roles.”

Adequate space needed to be allotted for engine room systems, individual HVAC units in the various onboard compartments, the SCR system, and the comprehensive electronics and deck equipment suites and their associated cable work. This issue had been made more complex by supply chain delays.

“Streamlining our communications with various stakeholders proved to be of tremendous help in developing a final design that possessed the attributes required by the operator. Also, the design work that went into these particular vessels gave us new insights in such as areas as buoy maintenance, oil spill recovery, hydrographic operations, SCR, and ballast tank aeration systems – insights that we decided could be applied in many of our future newbuilding projects.” 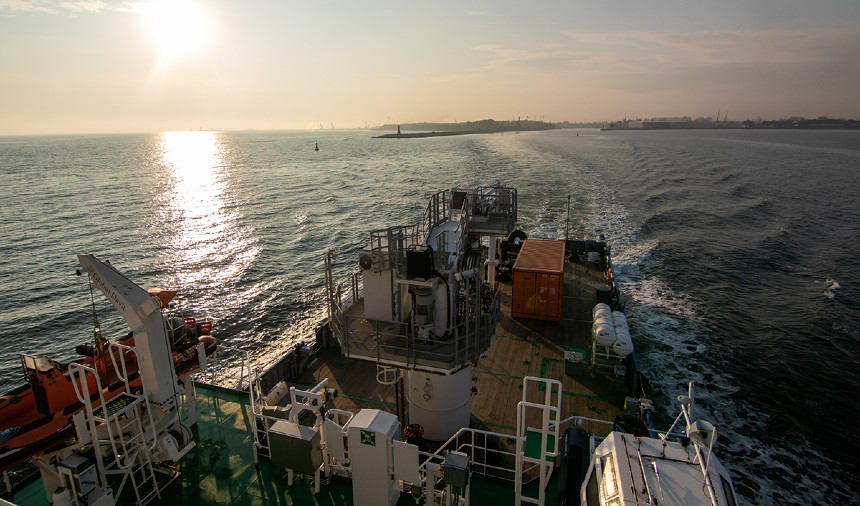 The two vessels each boast an impressive array of deck equipment. A Protea electro-hydraulic deck crane would be used for loading and unloading of cargo while an auxiliary crane from Hydromega would be used primarily for maintenance work on each vessel, such as in lifting engines or thrusters that require servicing. There are also towing hooks and bollards, mooring bollards, electric anchors, and smaller cranes for use in conjunction with the onboard sonar and depth sounder.

A small moonpool measuring one by 0.60 metres has been installed amidships mainly for housing a multi-beam echosounder but is also adaptable for other uses.

For oil recovery work, Zodiak II and Planeta I have been fitted with two onboard containers for storing recovered oil, a positive pressure ventilation system to help eliminate harmful fumes onboard, and a pump for transferring the recovered oil to other vessels for proper disposal. The installation of separate HVAC units in the different onboard compartments had also been deliberate to limit the risk of fumes in one area being circulated in another.

Augmenting the vessels’ already impressive capabilities are a pair of small tenders. One is an anti-pollution and hydrographic boat supplied by Danish company Desmi while the other is an eight-person fast SAR boat from Polish builder Sportis.

The vessels also each come with four 20-person life rafts for use in picking up adrift survivors or for the crew and other occupants in the event of an evacuation. For firefighting, the vessels are equipped with two main-engine-driven water/foam monitors fitted on the superstructure, sprinkler systems throughout the superstructure and the working deck, and a Novec firefighting system in the engine room. 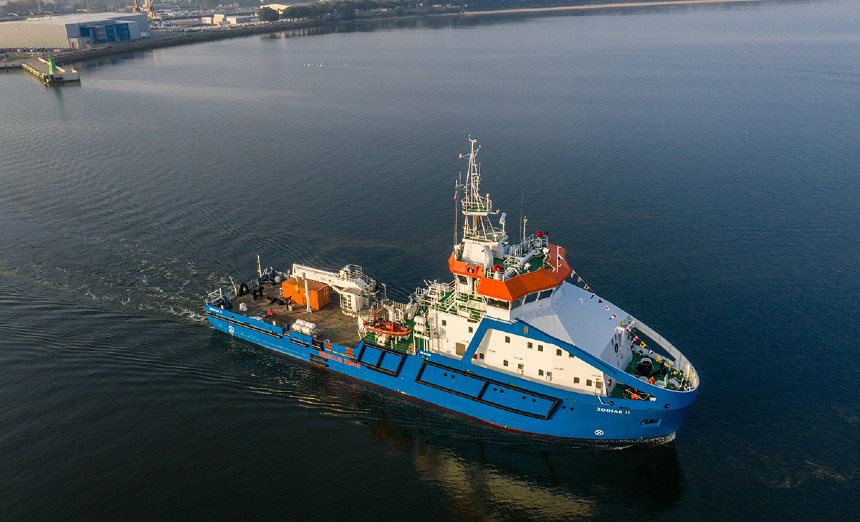 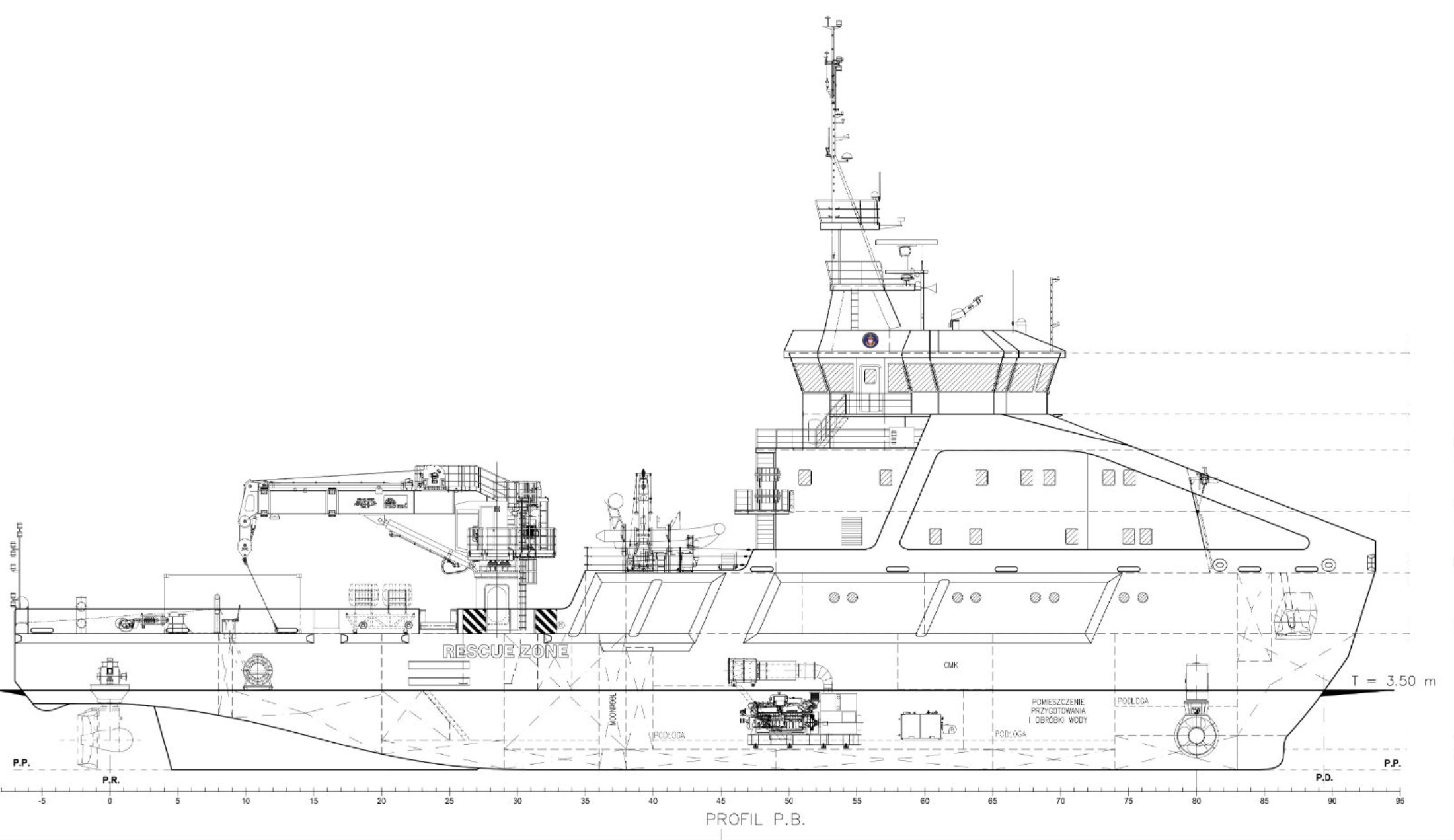