Ningbo-Zhoushan is the busiest port in the world in terms of cargo tonnage, and is located on the East China Sea at Hangzhou Bay, just south of Shanghai.

This brand new model tug is the tenth custom-designed vessel by Robert Allan Ltd in close collaboration with Ningbo Port Company. The vessel is also the first Robert Allan Ltd-designed dual-fuel tug to operate in China.

The owner wanted a new tug based on its successful Yong Gang Tuo 31, but to be powered by dual fuel main engines. The purchase aligns with Ningbo Port’s commitment to reduce emissions from port activities, including from the tug fleet.

Yong Gang Xiao Tuo 60 is powered by a pair of Niigata 8L28AHX-DF dual-fuel engines, each rated for 2,389 kW at 800 rpm, and driving Kongsberg US 255 CP 2.8-metre diameter, controllable pitch Z-drives.

Bollard pull recorded on trials met all expectations and is certified as 80.3 tonnes ahead. Recorded speed ahead is 13.5 knots. These performance metrics can be achieved in both gas and diesel mode, with the vessel primarily intended to operate on the former. 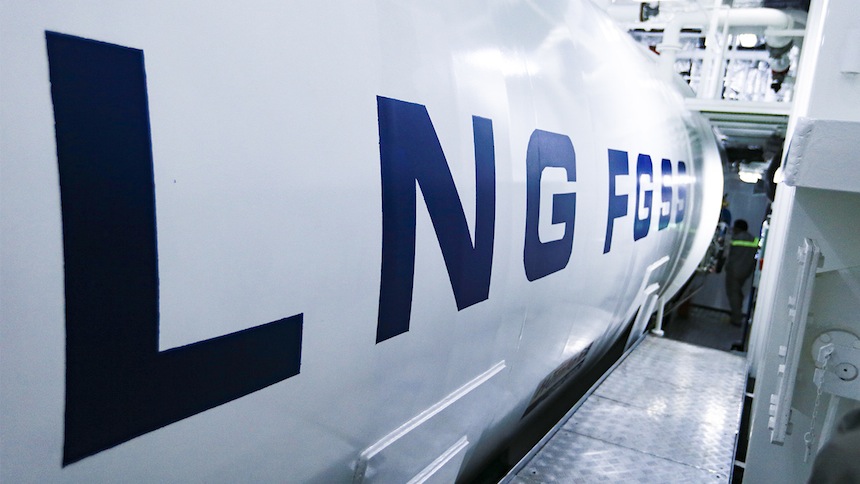 The LNG tank and fuel gas system have been supplied by Gloryholder Liquefied Machinery (DL) of China. Gross capacity of the tank is 55 cubic metres, which is suitable for a range of over 700 nautical miles in gas mode and can be supplemented by additional range of nearly 1,700 nautical miles in diesel mode.

“As with any dual fuel tug, range and endurance on LNG are less than on diesel power, and hence there is a need to maximise the size of the LNG tank within given vessel constraints,” Robert Allan Ltd told Baird Maritime.

“A third party fuel gas supply system (FGSS) supplier, Gloryholder was engaged by the client for this project, which required close collaboration between all parties including the client, design agent, FGSS, main engine supplier, and the shipyard. This experience proved valuable with the subsequent design of the [upcoming] PSA Aspen, for which the FGSS was also supplied by Gloryholder.”

The double drum hydraulic hawser winch forward is supplied by Singapore’s W-Rig, which also supplyed capstans for both the forward and aft decks, as well as the anchor windlasses. The tow hook aft is supplied by Mampaey.

A Fi-Fi 1 class off-ship fire-fighting system with pumps driven off the front of each main engine is also part of the tug’s outfit and capabilities, with equipment supplied by Norway’s Jason Engineering. Foam capability is included, with an integral storage tank of 21.5 cubic metres capacity.

MLC 2006 compliant accommodations are provided for a crew of up to 10 persons in the two-level deckhouse, including 6 single occupancy officer cabins on the 2nd deck, plus two double crew cabins in the first tier of the deckhouse. The tug is outfitted with a full galley, and a large crew mess and lounge is a key feature of the accommodations. 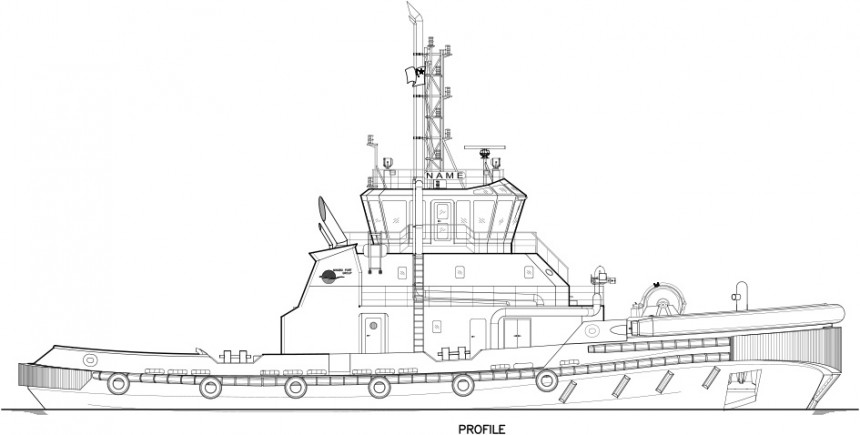