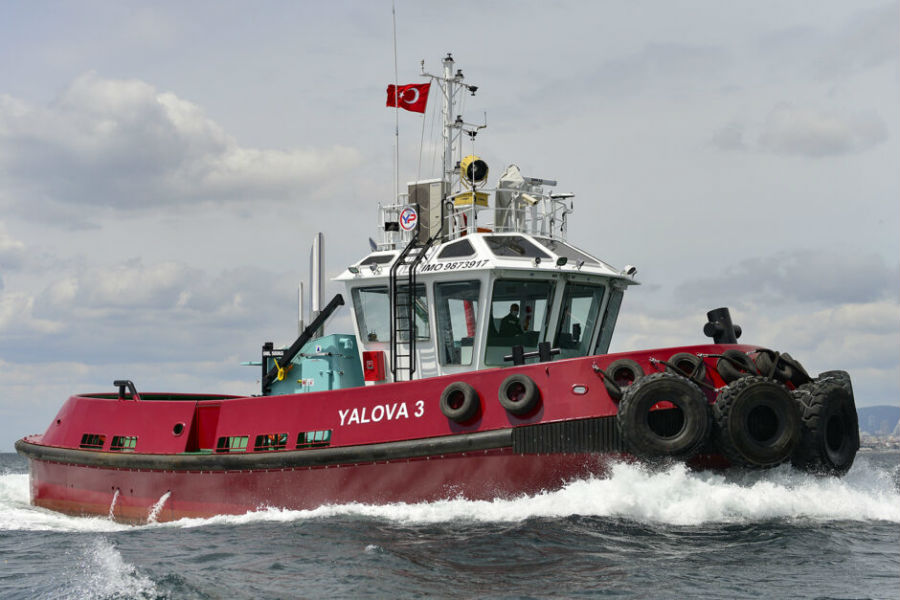 Sanmar Shipyards of Turkey has delivered six newbuild harbour tugs in a series that had been recently introduced by Canadian naval architects Robert Allan Ltd.

The tugs are equipped to perform a wide range of general harbour support and coastal towing duties. These have also been designed to be improved variants of an earlier Robert Allan Ltd tug series that was introduced in 1995. Like the new series that replaced it, the earlier tug series had been designed exclusively for manufacture by Sanmar.

The  give each tug a speed of 12 knots, a bollard pull of up to 33 tonnes, and improved manoeuvrability essential for operating in the narrow harbour channels in the Turkey’s inland Sea of Marmara and in the Port of Antalya on the country’s Mediterranean coast.

The engines are fitted with dry exhausts and polished stainless-steel tail pipes. 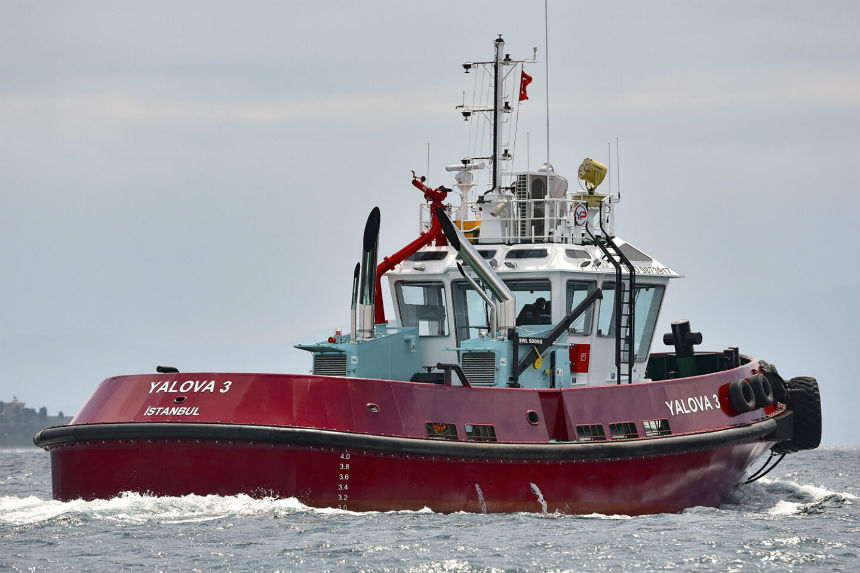 The wheelhouse provides excellent all-round visibility. Also, due to the large aft-facing windows in the wheelhouse and low-profile funnels, the towing equipment and critical areas of the aft deck are visible to the operator.

A large shipping hatch located between the funnels provides a convenient removal route for large items of machinery including an entire main engine.

A 45-tonne towing hook with pneumatic auto-release is fitted on the aft deck for general towing duties with an electric or hydraulic towing winch available as options. Double pipe bollards are fitted in the bulwarks for mooring, two forward and two aft, and stainless-steel mooring rings in the bulwarks.

Electrical power for the deck machinery and onboard systems is drawn from a pair of Caterpillar C4.4 generator sets.

Fendering is provided in the form of 300-millimetre “D” fenders at the sides and the stern and vertical “W” fenders around the bow. A push knee can also be fitted on the bow if needed.

There are overnight accommodations in the foc’sle for a crew of four in two double cabins. There is also a pantry, a mess, and a washroom with shower. The floors are covered with IMO-approved teak imitating covering.

On each tug, the engines and all essential equipment including hydraulic pipes are fitted on resilient mounts to help ensure reduced noise and vibrations even during heavy daily operations.

Both the wheelhouse and the lower accommodation areas have been fitted with split-type air-conditioning units.

The six tugs are currently operating with the respective towage fleets of Sanmar and Marintug in the Gulf of Izmit and the Port of Antalya. 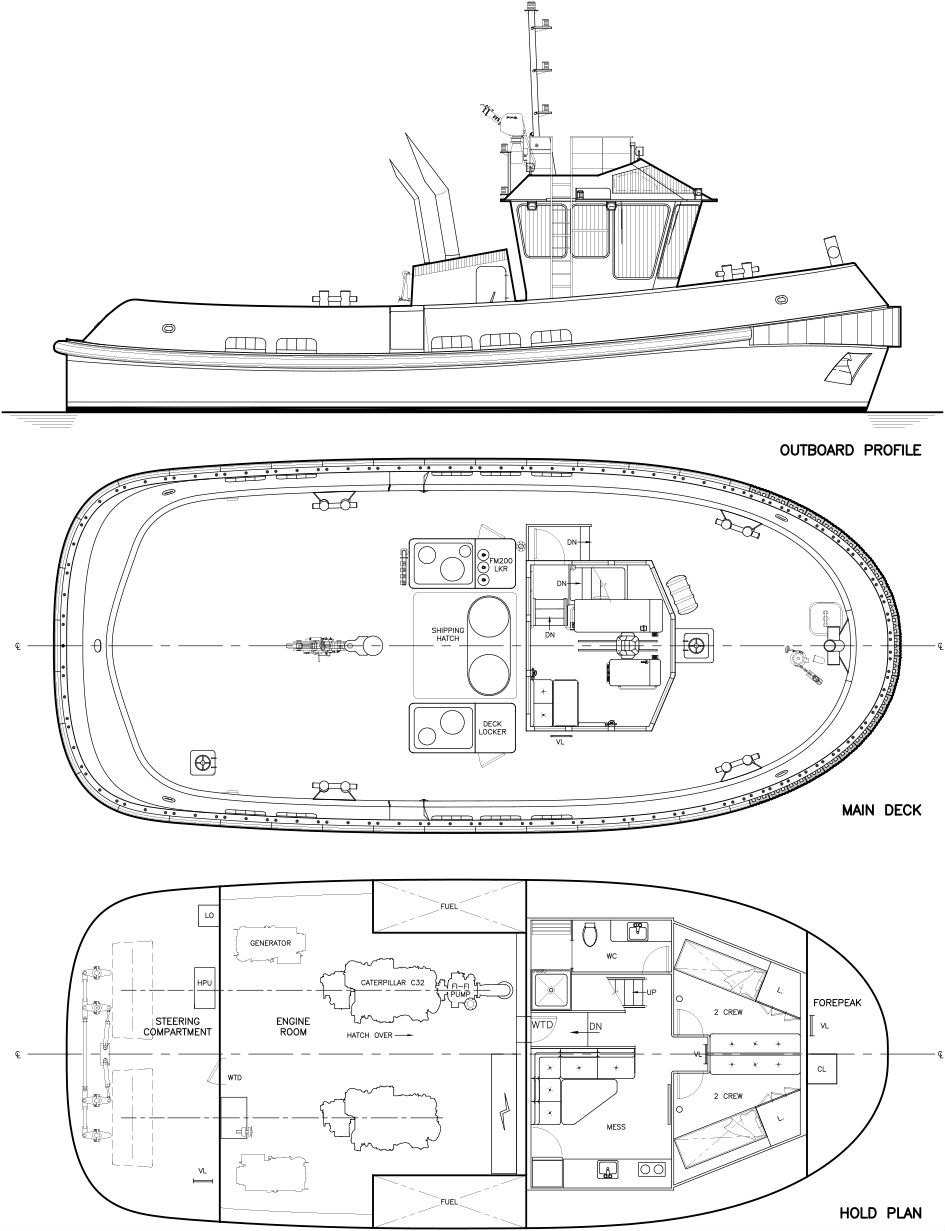