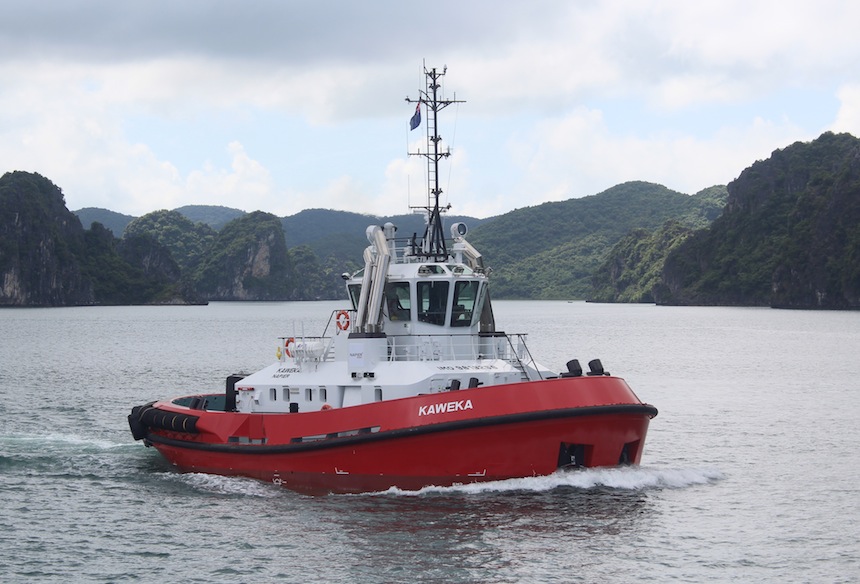 As a key transport hub for the Hawke’s Bay region of the North Island, the port already hosts a wide range of vessels including container ships, cruise ships, cargo and timber carriers.

Napier Port also has a major project underway to build a new wharf that will support growth for its customers and the region. “6 Wharf” will help increase the port’s capacity and improve productivity by allowing the port to welcome more and larger ships, reducing the number of secondary movements required per year, and helping to strengthen operational agility and resilience.

“A strong port is important to our region’s economic prosperity as a gateway to and from global markets,” commented Napier Port CEO Todd Dawson. “Over the last two years cargo volumes have increased by 25 per cent and we anticipate growth will continue over the next ten years. That means we need to grow our capacity so that we can continue to support our customers.”

Kaweka will join two existing Voith-type tugs at the port; the Te Mata and Ahuriri. Tractor tugs work best at Napier Port due to their ability to operate effectively in a swell, to tow indirectly, and their manoeuvrability, the last particularly important due to the tight berthing arrangements in the harbour.

Taking inspiration from the Kaweka Ranges, located to the east of Napier and a significant reference point (also known as a tohu) when on the sea, the Kaweka name was arrived at after consulting with local tribes.

Kaweka means a gradual line of ascent to a pinnacle and is a reference to the physical appearance of the mountain range. The Kaweka Ranges are the source of many rivers that flow into Hawke’s Bay, including among them the Tūtaekurī, Mohaka and Ngaruoro Rivers.

Just 24-metres in length but with 72 tonnes of bollard pull, Kaweka delivers just the combination of power but compactness that the Napier Port management team was seeking.

“Having a fleet of three tugs will be a major boost to our customer service and is an important step towards building the resilience and agility of our infrastructure,” Mr Dawson added.

Kaweka  is laid out with all accommodation above the main deck, resulting in comfortable living areas and a lot of working space below deck. 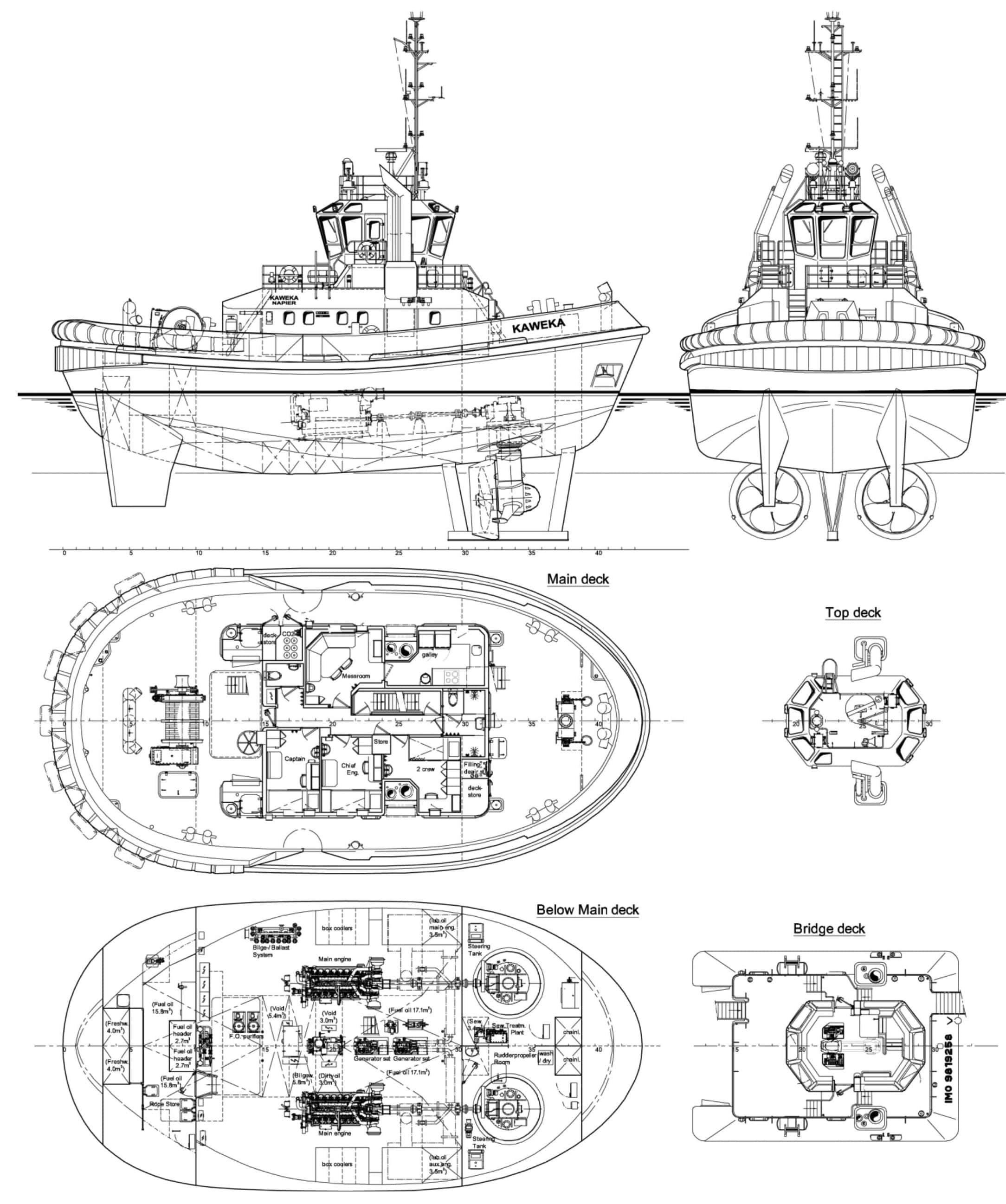