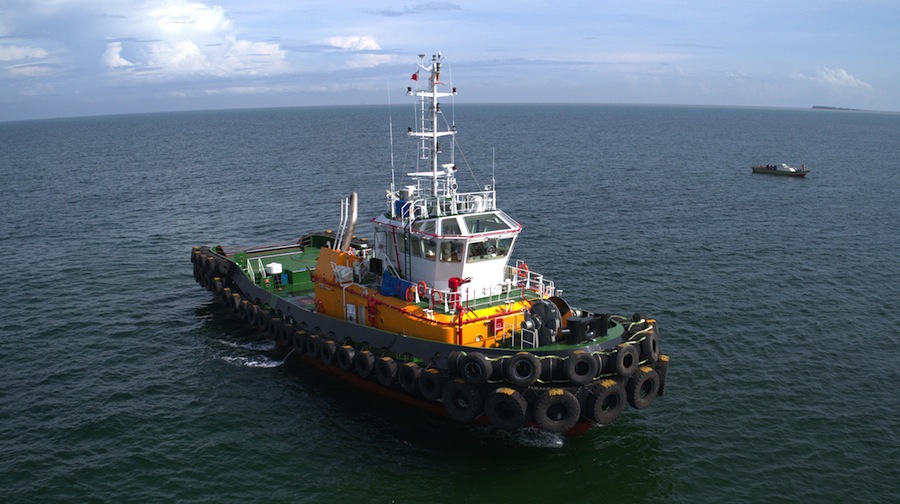 Gang Qin No 501 was completed at Shin Yang’s Yard 2 facilities in Miri in northeastern Sarawak barely a year after the cutting of its first steel plates in October 2018.

The vessel was built to a harbour tug design provided by Kuching-based Mega Salutes Ship Design, a relative newcomer in the Malaysian naval architecture sector, having only been incorporated in 2008.

Gang Qin No 501 is of all-steel construction with vinyl sheet deck surface finish. It has a length between perpendiculars of 35.06 metres, a beam of 10.6 metres, a draught of 4.55 metres (from skeg bottom), a depth of 4.8 metres (from baseline), and a deadweight of approximately 250 tonnes at design draught. The vessel’s onboard facilities include an office, a mess with galley, two one-man berths for the captain and the chief engineer, and five two-men day rooms for the remainder of the crew. 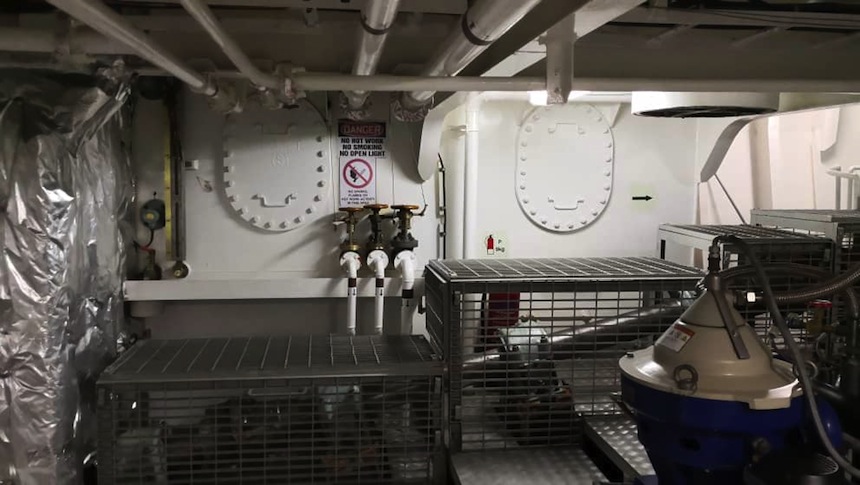 For the tug’s propulsion, Shin Yang turned to Niigata, opting for two examples of the Japanese firm’s commercially successful 6L28HX 1,865kW diesel engine to drive a pair of ZP-41A 2,600-mm fixed pitch propellers. This configuration gives Gang Qin No 501 a maximum speed of 12 knots, a bollard pull ahead of 60 tonnes, and precise positioning capability, which is essential in narrow water areas such as certain portions of the Port of Kaohsiung where the tug is expected to operate. 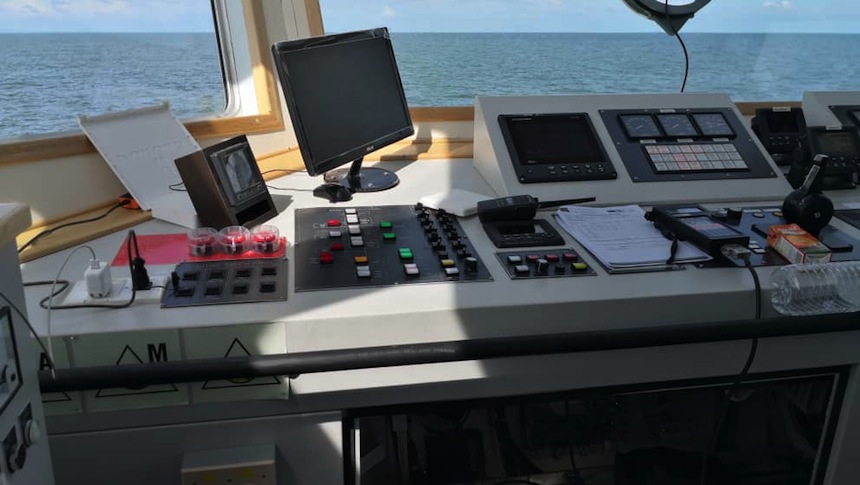 Much of Gang Qin No 501’s electronics, including the radar, depth sounder, AIS, and GPS, have been supplied by Furuno. The radio is an Icom GM1600E which is temperature-, shock-, vibration-, and drop-resistant and has one-metre depth waterproof construction, as it had originally been designed for use on survival craft. 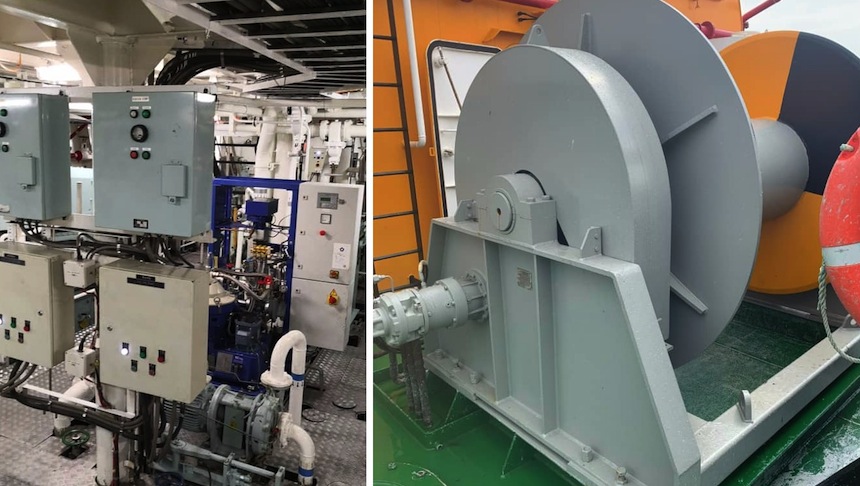 The vessel’s hydraulic equipment is sourced from Johor-based Mentrade Marine – another Malaysian company that, like Shin Yang, has been in operation for more than three decades. Power for all these systems is provided by two Yanmar 6HAL2-WHT 144kW generator sets.

Although the tug was built for a crew of 12, it is equipped with a liferaft with space for up to 15, thus assuring the occupants of an adequate evacuation capability if the need arises.

Gang Qin No 501 is classed by both Nippon Kaiji Kyokai and Taiwan’s CR Classification Society. 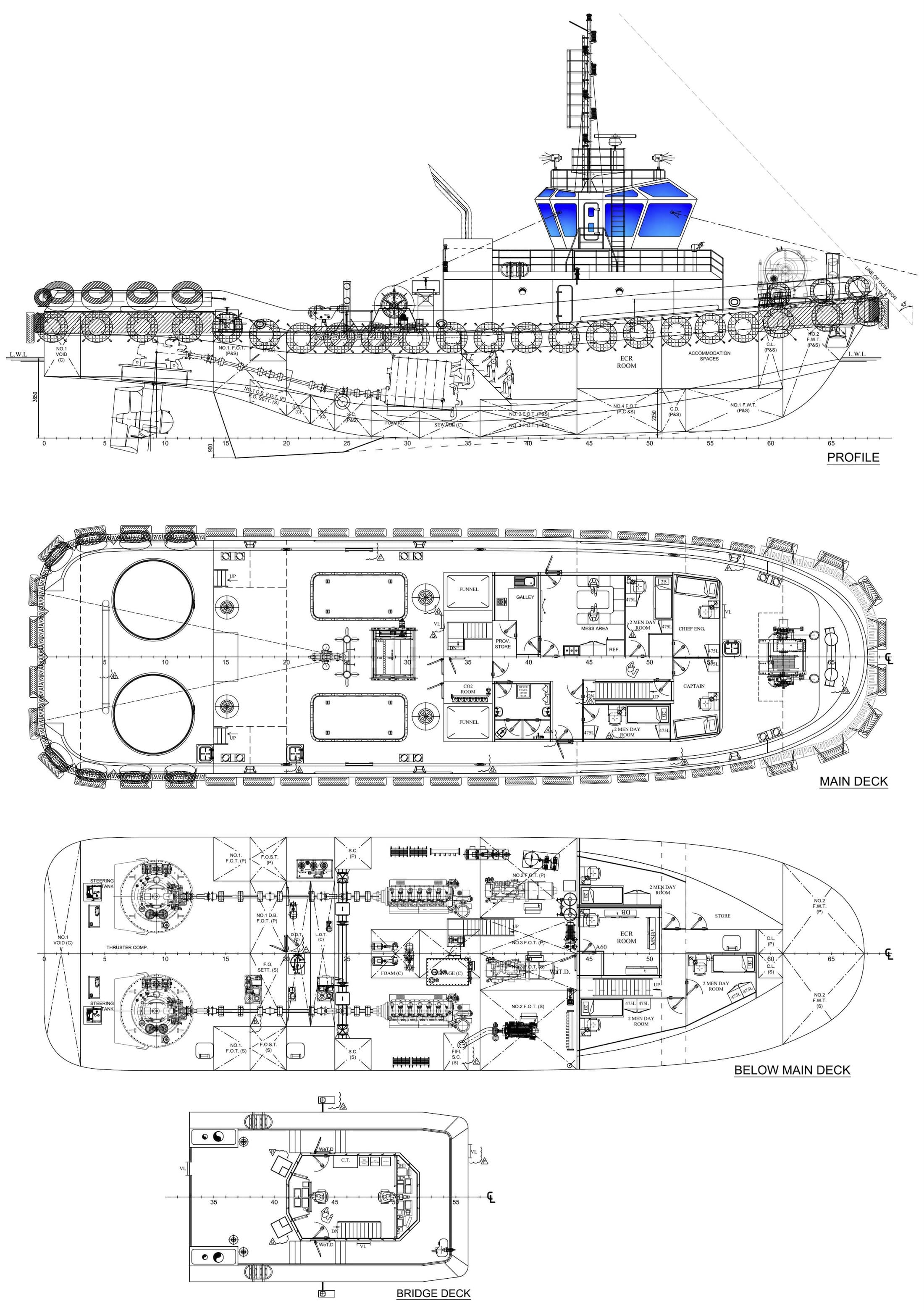