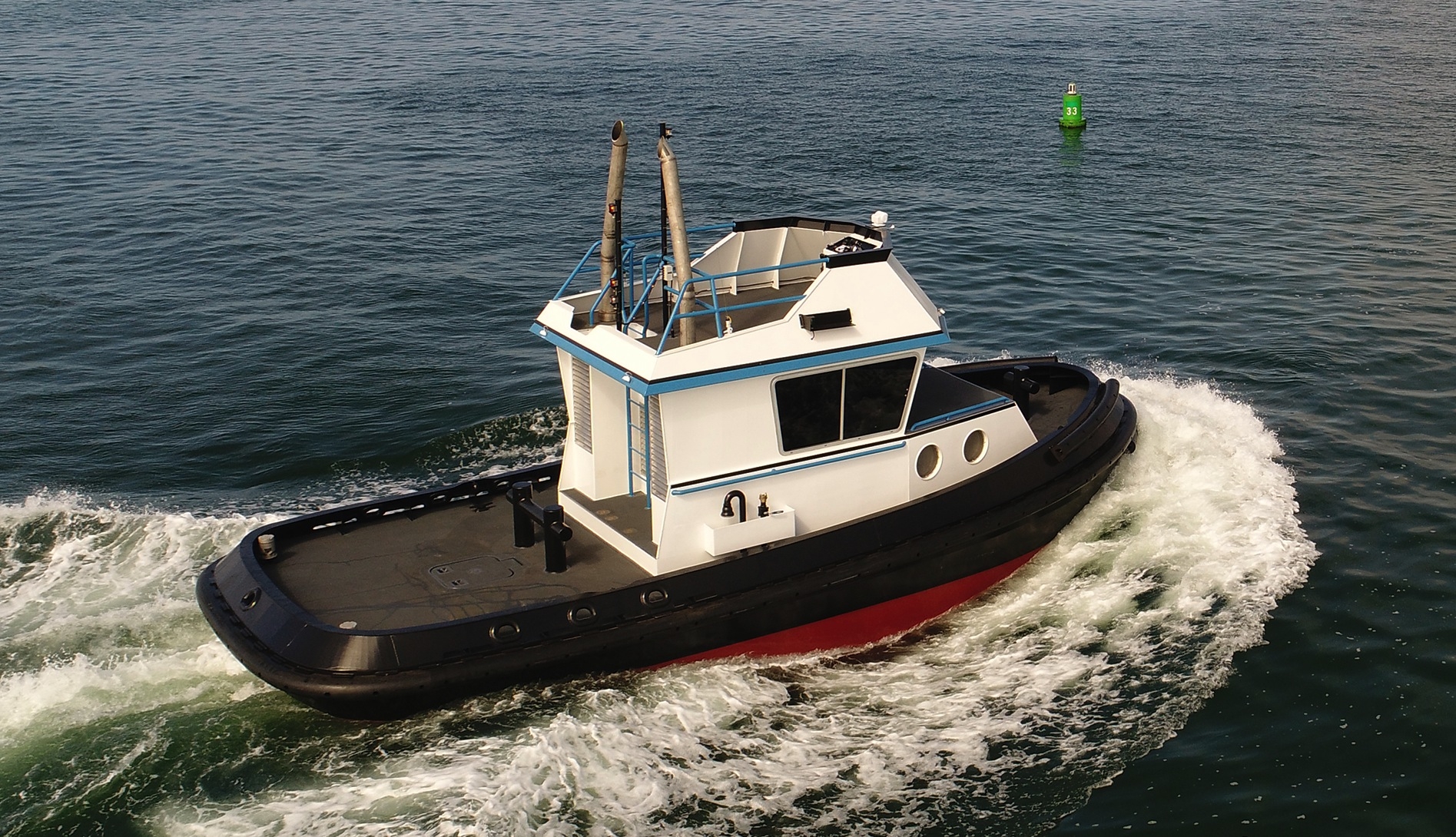 Shipyards, especially those that repair and construct larger vessels, invariably need to move the vessels, materials and other resources about the yard. To do this, yards often have a small yard-tug that can manoeuvre in and around yard structures such as for repositioning bulls into dry docks or to control newly launched vessels.

As one of the United States largest shipbuilders, General Dynamics NASSCO’s San Diego shipyard has been well served by the venerable tug Mr. Ed. But when the time came to replace this valuable yard asset, the yard management decided to do it right. Approaching Seattle’s Jensen Design, through the Marine Group Boat Works, they had a vessel designed specifically for shipyard work robust enough to endure long hours each day while minimising the resources needed to operate and maintain it.

The resulting Blue Fin is an attractive, compact, steel-hulled boat that can be operated by a single person. The name Blue Fin has particular significance to NASSCO. In the 1940s, when San Diego’s tuna industry was at its peak, NASSCO was one of the largest tuna boat manufacturers in the region. 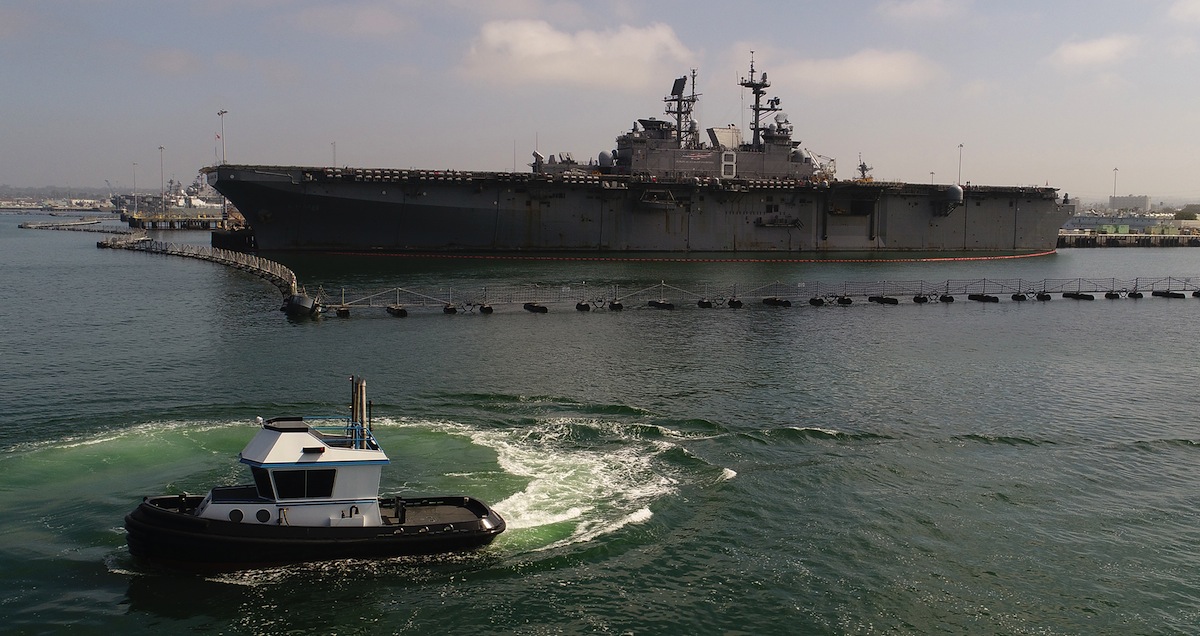 The 11.6- by 4.6- by 1.7-metre tug was built by San Diego-based Marine Group Boat Works at its new solar-powered construction facility in National City, California — conveniently located less than five miles from NASSCO. In addition to moving other vessels,, the new tug will be responsible for deploying pollution containment booms.

Work in the often-tight corners of a shipyard requires excellent visibility, so the designers have given the pilothouse a 300-degree unobstructed line of sight. In addition, a flying bridge, complete with communication and control consoles, is an integral part of the wheelhouse.

For pulling power, the tug will have a pair of Cummins QSL9M Tier 3 engines each producing 305kW. The engines turn 97 by 66cm four-blade, bronze, workhorse-style props on 8cm Aquamet 22 shafts. Each engine is linked to the shafts with a ZF 325-1 gear with 2.97:1 ratios.

The combined 610kW propulsion gives the tug a speed of 11 knots and nine tonnes of bollard pull. On-deck tow-bitts are mounted fore and aft to exercise the pulls.

In addition to conventional rudders the tug was fitted with flanking rudders for enhanced manoeuvrability and handling. Tankage include 3,700 litres of fuel. A “fast lube oil change system” (FLOCKS) negates the need for lube and dirty oil tanks. A 5.0kW, 110V generator was installed for electrical requirements.