Bamse is the first of a two-tug order and will operate out of Brevik in the Oslofjord. The design was developed by Canadian naval architects Robert Allan Ltd (RAL) working closely with both Bukser og Berging and Sanmar to comply with the owner’s requirements as well as American Bureau of Shipping class rules.

Bamse was built to conduct active escort operations through the tight narrow passages in and out of the Brevik cargo terminal in the Oslofjord. With a top speed of 14 knots and capable of producing a bollard pull in excess of 75 tonnes, the newbuild will be able to connect to assisted ships at a speed of 10 knots even in heavy weather typical in the area. To achieve this performance, RAL carried out extensive CFD simulations for the tug during the design phase in order to optimise escort capability.

The tug is the first in the owner’s fleet that was designed from the outset to be compliant to IMO Tier III NOx emissions standards. Power is provided by a pair of Caterpillar 3516E high-speed diesel engines that each produce 2,200 kW and are fitted with selective catalytic reduction systems. The engines are connected to two Schottel SRP 490 Z-drive-mounted controllable-pitch 2.8-metre propellers.

Bamse is fully equipped with deck machinery including an escort winch from Karmøy, a tugger winch, stern tow pins, and a deck crane. The mooring equipment is designed for 50 tonnes SWL and can be used in a towing-by-the-hip arrangement. Fifi1 equipment has been installed as well.

As Bamse will also be conducting push-pull berthing and unberthing operations of vessels with low freeboard where the tug will be working alongside, the fendering system was carefully selected and designed. Ship-handling fenders at the stern consist of an upper row of cylindrical fenders and a lower course of W-fender. Sheer fendering consists of “D” profiles including a lower row below the upper chine for low freeboard vessels.

The accommodations have been outfitted for crew of seven. The deckhouse contains an entrance lobby with toilet and change room, a galley, a mess, a laundry room, and two officer cabins each with en suite toilets. The lower deck contains a third officer cabin with en suite toilet and two double cabins with shared toilet facilities. There is also an HVAC room on the lower deck.

The wheelhouse provides maximum all-round visibility with exceptional visibility to the bow and side fendering, as well as operations on the aft deck. The single split control station with sliding control heads allows the master to face either forward or aft depending on the type of operation. The engine room features an acoustically isolated switchboard room.

Sanmar said that results of sea trials showed that all crew cabins and the mess/lounge have noise levels lower than 60 dB(A), around the same level as that of normal human conversation, providing a very comfortable working and living environment. In the wheelhouse, the noise level is reportedly lower than 55 dB(A). 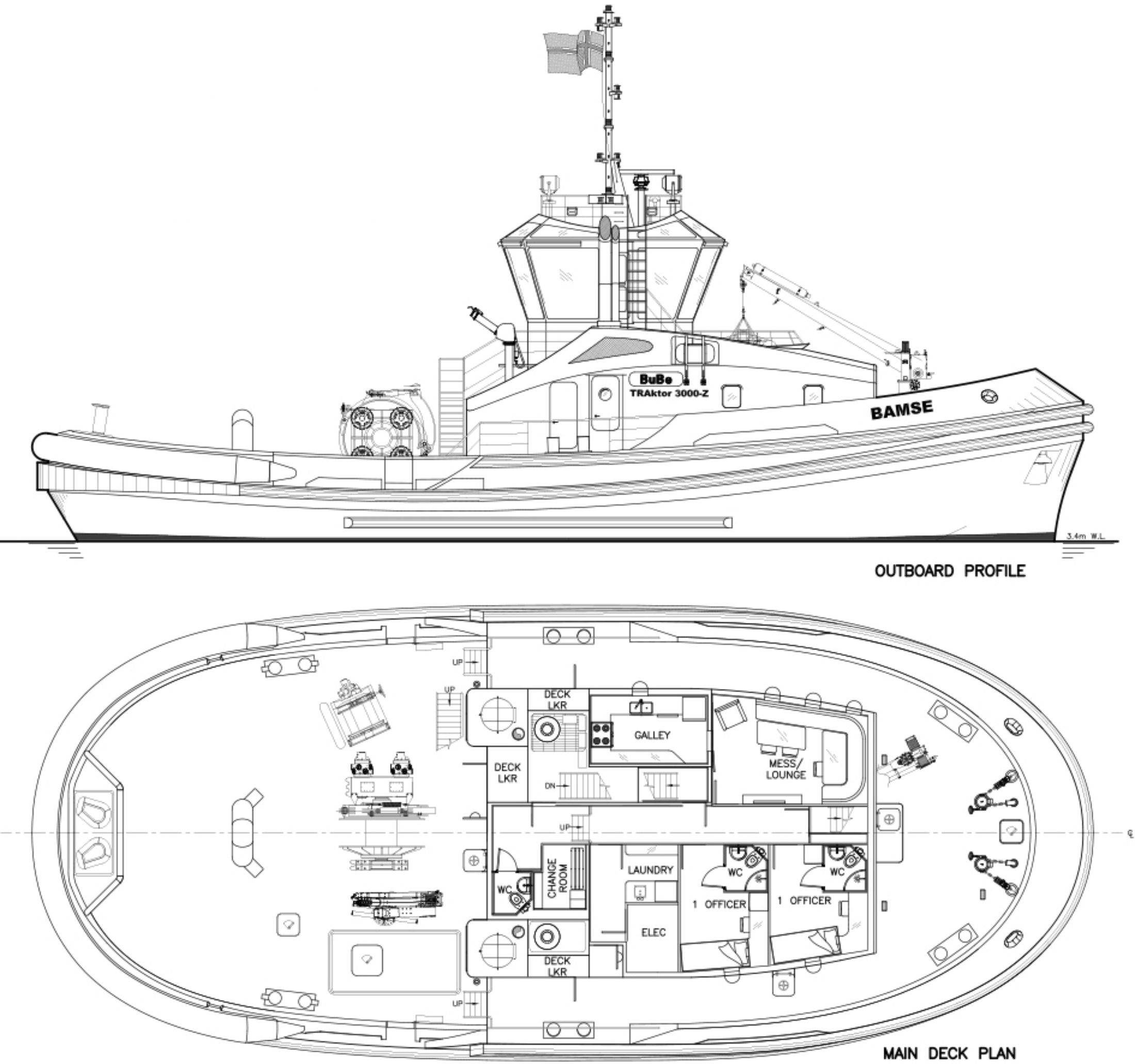