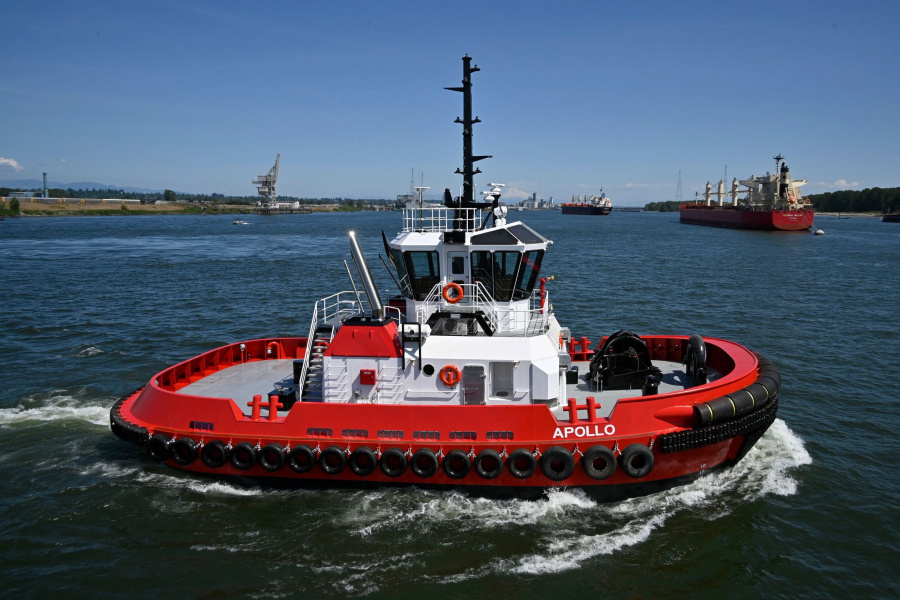 Designed by Canadian naval architects Robert Allan Ltd and built by Diversified Marine of Portland, Oregon, the all-steel Apollo is a highly powerful tug for its size, boasting an estimated bollard pull of 94 tons (85.2 tonnes) despite measuring only 78 feet (23.7 metres) long and 40 feet (12 metres) wide and having a depth of 13.75 feet (4.2 metres) and a maximum draught of 17.5 feet (5.3 metres). The tug also possesses firefighting capability, enabling it to better serve Crowley’s customers in the vast Bay Area market.

The ABS-classed Apollo is powered by a pair of Caterpillar 3516 EPA Tier IV-compliant engines that each produce 3,150 hp (2,348 kW) and that operate on low-emission biofuel to enable the tug to comply with California’s state environmental regulations as well as federal mandates. The engines turn Centa carbon fibre shafts to drive two nozzle-housed Berg Propulsion MTA628 thrusters with 2,700-millimetre, four-bladed fixed-pitch propellers to deliver a speed of 12 knots. Steering is accomplished with the aid of a Caterpillar electric steering system.

The engines on Apollo are fitted with keel coolers supplied by Duramax Marine, which had also provided a similar cooling package for near identical sister vessel Hercules. Fendering was supplied by Schuyler Companies.

Installed on the tug’s centreline between the main engines are two Caterpillar C7.1 generator sets that each have a rated output of 150 kW. These supply electrical power to a Markey Machinery Company DEPC-52 hawser winch on the deck as well as a Baldor 150hp (111kW) motor connected to a Carver firefighting pump with a forward-mounted monitor from Elkhart Brass. The pump is capable of discharging up to 1,250 gallons (4,730 litres) of water per minute.

A variable frequency controller enables the tug’s crew to draw just the right amount of electrical power from the two generators. This will ensure that the operation of the winches will not result in any significant power wastage.

The tug’s electronics suite includes two radars and a satellite compass provided by Furuno, a Transass navigation system, and CCTV cameras in all machinery spaces.

Even with the tug’s rather compact size, its relatively wide beam means there is adequate interior space for a galley and a mess area on the main deck, a laundry room, a toilet, and two deck lockers. One deck locker is for storing a dedicated FM-200 fire suppression system for the engine room. The crew are meanwhile comfortably housed in three double cabins. 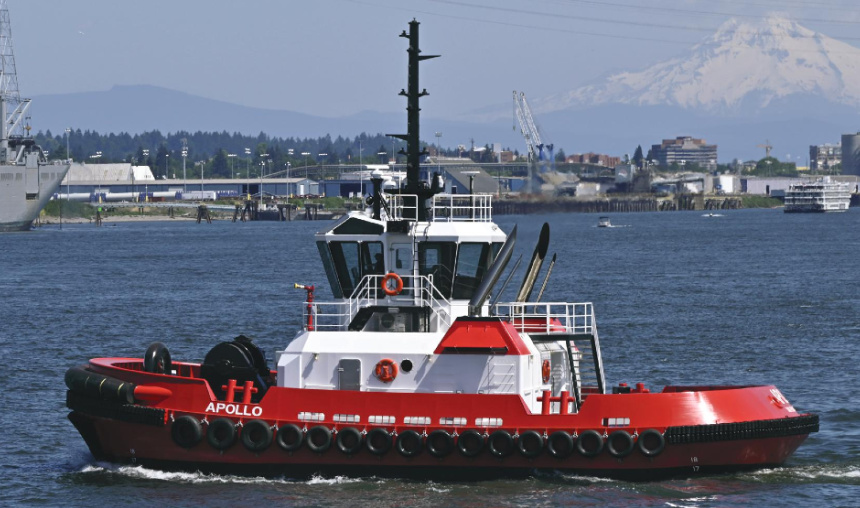 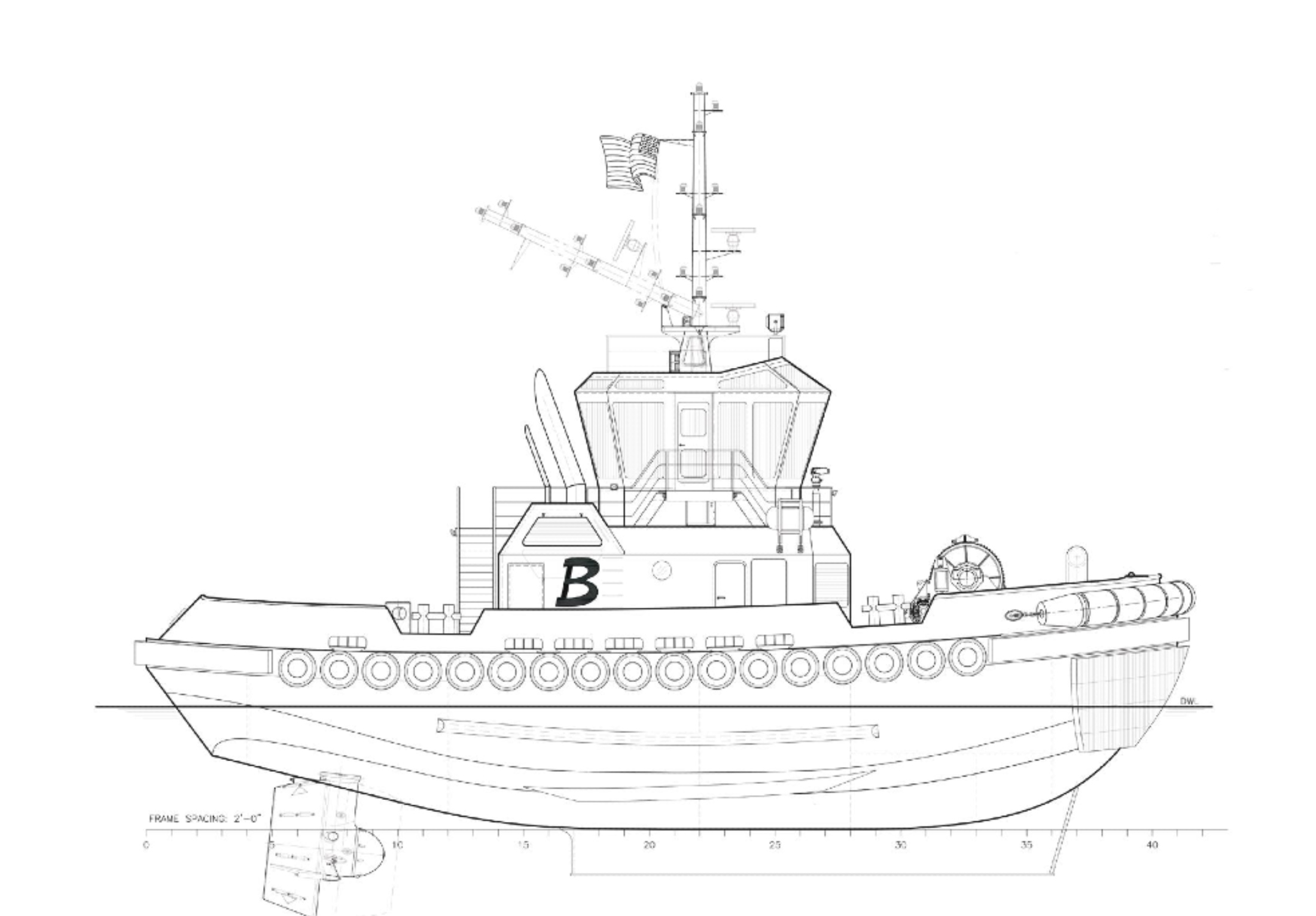