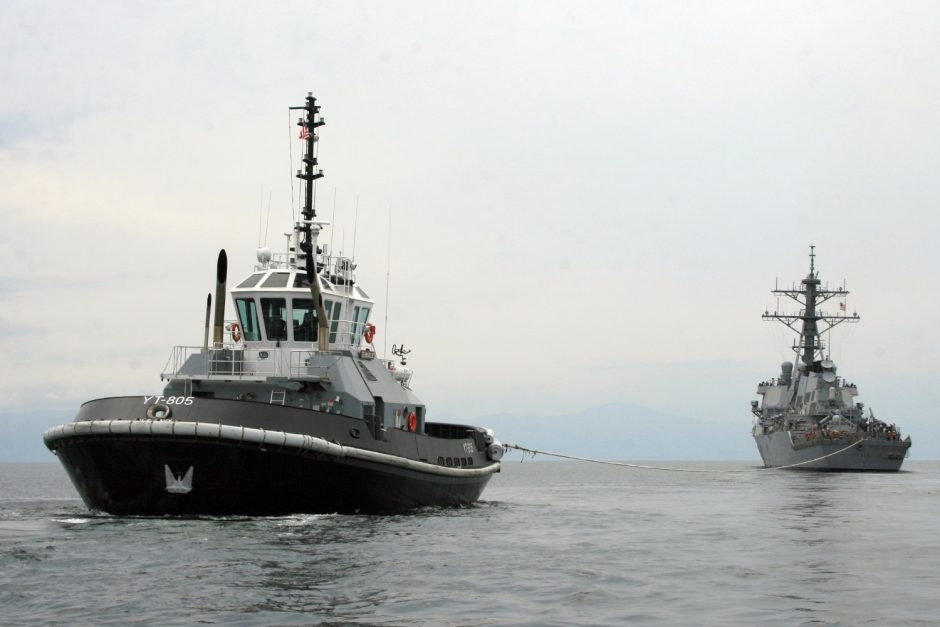 The US Navy (USN) has awarded Robert Allan Ltd a contract to design a new version of an existing tug series.

The USN already has six vessels of this design in service. This first group were delivered between 2009 and 2012 and are in use in the Pacific Northwest and Japanese waters.

Four new tugs, with an option for two more, will be built in Anacortes, Washington by Dakota Creek Industries.

The hull form for the new vessels will be essentially identical to previous versions of this class of vessels, but with deckhouse changes to suit new EPA Tier IV engines, which require significantly larger exhaust emission systems.

The tugs will perform ship-handling duties for the full range of USN surface warships, barges, and submarines. For the latter duties the tugs are equipped with an extensive array of underwater fendering, as well as the typical fenders for surface ships.

Construction of the first of this new series of tugs is expected to commence early in 2019.