Written by Baird Maritime on January 27, 2021. Posted in Firefighting, Harbour Tugs and Operation. 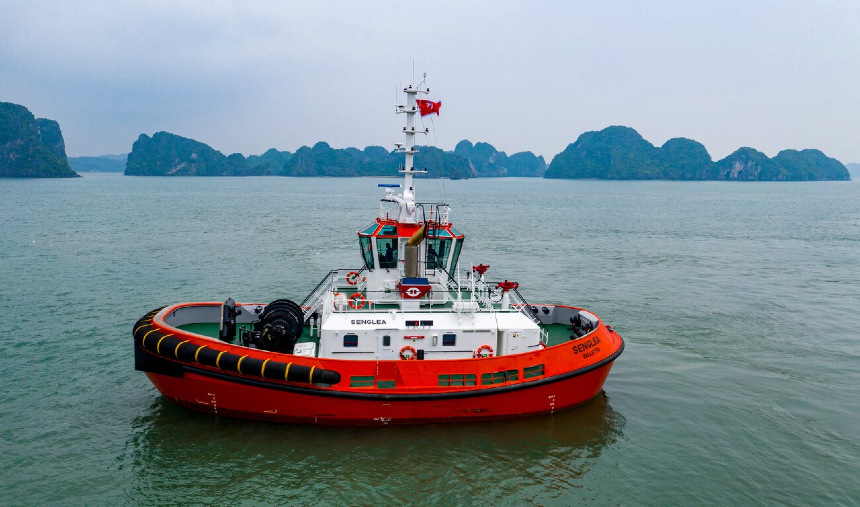 Named Senglea after a historic Maltese city, the 25-metre tug was built at Damen Song Cam Shipyards in Vietnam.

The newbuild has a bollard pull of 80 tonnes, FiFi1 firefighting equipment, and Damen’s proprietary digitalised remote monitoring system that collects data from sensors throughout the vessel.

The system reports such factors as fuel, oil, and water levels on board as well as performance indicators including power, RPM, and fuel consumption. Damen claims this will allow for more efficient sailing, reducing both fuel consumption and emissions, and for maximising uptime via preventive maintenance.