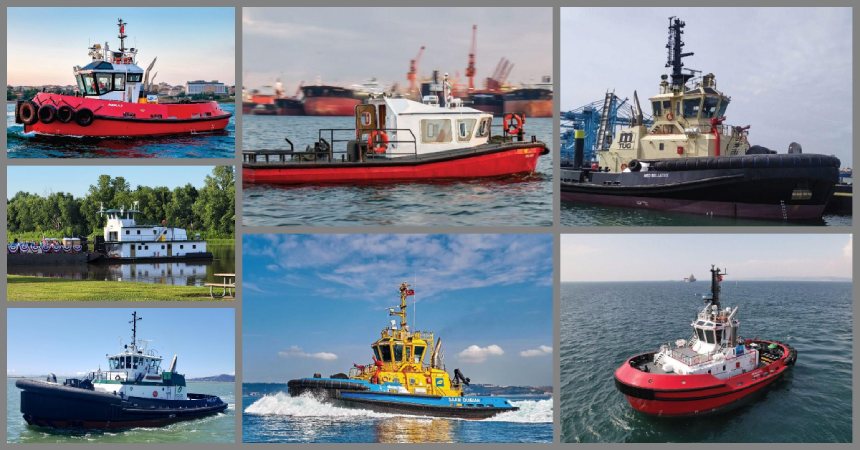 A Turkish builder completes deliveries to five customers in four countries while a new river pusher tug for a US owner is nearing completion. A partnership in the US has meanwhile received approval for a new autonomous navigation system used for harbour towage operations.

The diverse range of four tugs and a mooring boat all constructed at Sanmar’s facilities have been delivered to Saam Towage in Panama, MedTug in Rotterdam, Sanmar’s own fleet, and Bulgarian operators BMF Tug Service and Trans-Port-Lane.

Bogacay XLIII, renamed Saam Quibian by its new owners, is the seventh Sanmar tug delivered to Saam Towage. The Robert Allan Ltd (RAL) designed tug will work in Panama Canal waters alongside one of its six sister tugs previously delivered by Sanmar.

Sanmar also delivered the 75-tonne bollard pull RAL-designed tug Sanmar Terminal XXV, which had been part of its own fleet in Turkey, to MedTug of Switzerland. It has been renamed Med Bellatrix and will work in the Port of Rotterdam.

Meanwhile, the newbuild tug Delicay X has joined Sanmar’s own fleet operations at Izmit. The ATD tug, which can achieve a bollard pull of 75 tonnes over the stern, is based on an exclusive-to-Sanmar tractor tug design from Robert Allan Ltd.

The vessel, which can achieve a bollard pull of 16 tonnes, had been in stock at Sanmar’s Altinova shipyard.

In its other sale to a new customer, Sanmar delivered Vector, an 11-metre mooring boat from its fleet in Turkey, to Trans-Port-Lane Bulgaria where it will work in Varna on the Black Sea.

Built by Kaskaskia Shipyard of Illinois, Robert S. Wilkins is named in honour of a retired civilian employee of the US Army Corps of Engineers.

The tug has a retractable pilot house and is powered by two Mitsubishi S6R2-Y3MPTAW diesel engines that each produce 803 hp (598 kW) at 1,400 rpm.

ABS issues approval in principle for autonomous system on board tug

Foss is to install Sea Machines’ autonomous navigation system on board its harbour tug Rachael Allen to enhance safety and efficiency of operations. Overall, the system will function for routine transit and stand-by operations with the goals of enhanced safety and alleviating crew fatigue.

The system also assists with station-keeping and is capable of interfacing with Kongsberg-MTU propulsion systems.

Through the AIP process, ABS reviewed numerous documents for Sea Machines including software test plans and concept of operations materials for Rachael Allen.