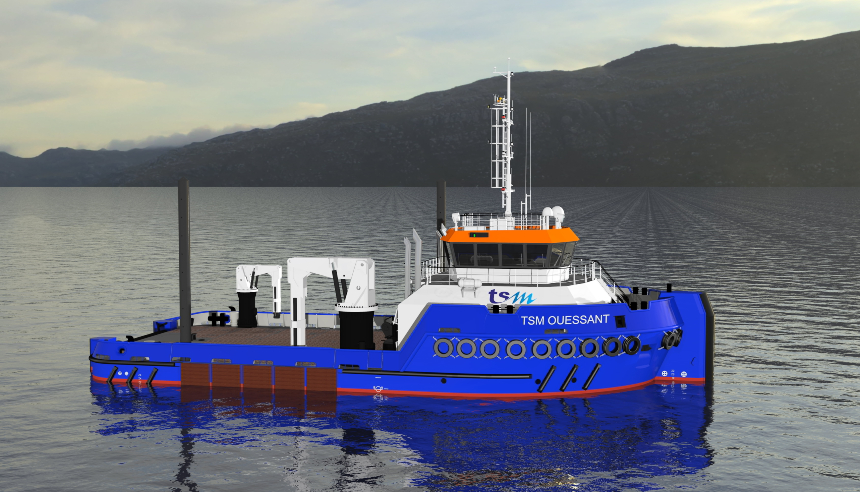 The vessel will be named TSM Ouessant and will be delivered in April 2020.

The tug will have an LOA of 36 metres, a moulded beam of 15 metres, a draught of 1.8 metres, an aft deck area of 250 square metres, and accommodation for 21 people. It will also be equipped for anchor handling duties.

TSM Ouessant will be the second Neptune Marine-built vessel to join the TSM fleet after TSM Kermor, a 32-metre Neptune Marine DP2 tug formerly operated by a Dutch company.