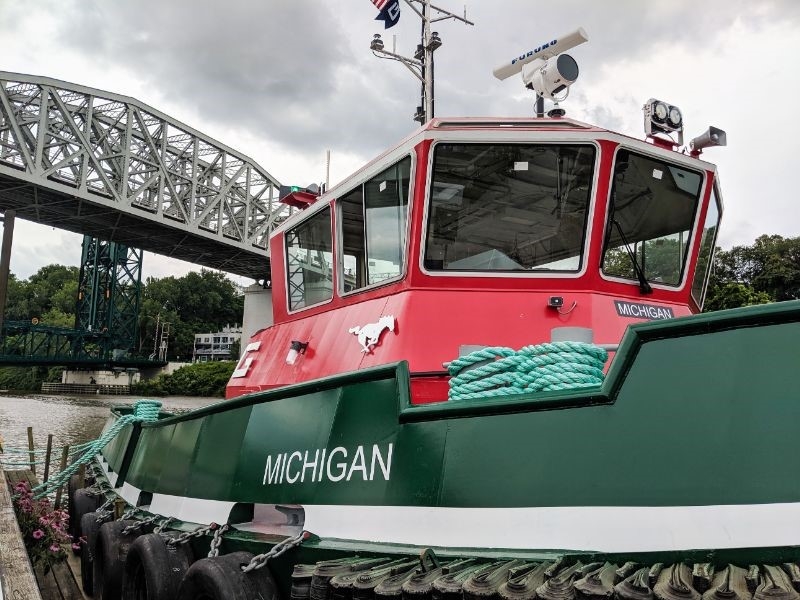 The Great Lakes Towing Company christened its newest tug in a ceremony on Monday, July 22.

Michigan is the third in a series of five Damen-designed 19-metre harbour tugs being built by sister company Great Lakes Shipyard.

Michigan will join sister vessels Cleveland and Ohio in harbour towing duties on the Great Lakes. The fourth tug, Pennsylvania, is to be completed later this year while the yet unnamed fifth tug is expected to be completed in the spring of 2020.