Written by Baird Maritime on May 3, 2018. Posted in Harbour Tugs and Operation. 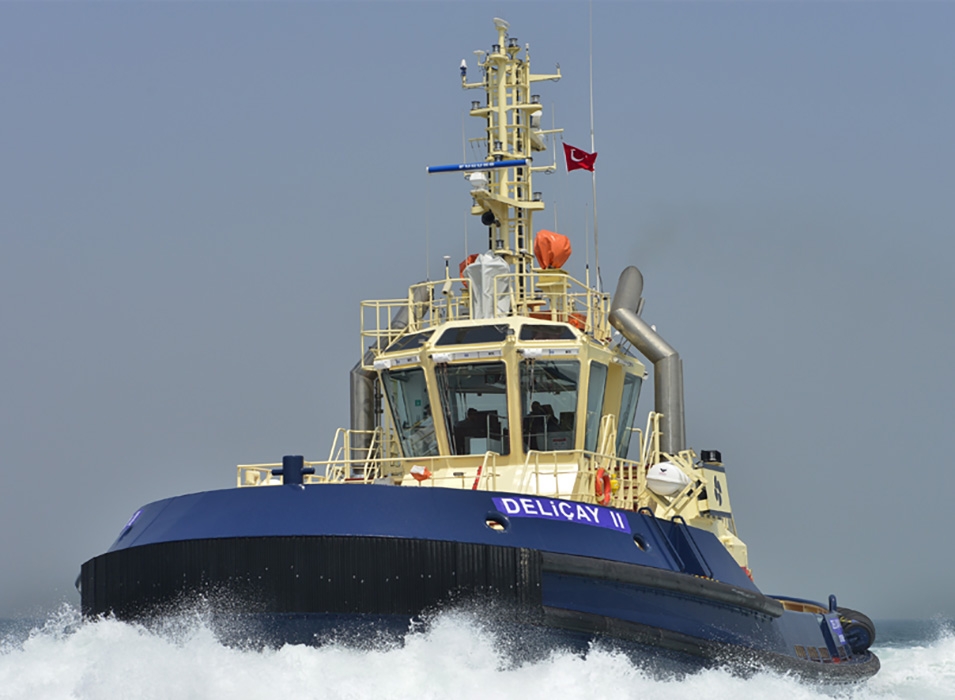 Delicay II, now renamed Svitzer Vale, will be introduced to the port of London.

Delicay III, to be called Svitzer Meridian, will follow later in the northern summer to relieve Svitzer Vale, which will then join the fleet in the company’s Scandinavian and German cluster and be based at Bremerhaven.

Accommodating up to six crew in cabins with en suite facilities, the 25.3-metre by 12-metre vessels are almost identical except that Svitzer Meridian has been equipped to full FiFi1 notation whereas Svitzer Vale is FiFi½.

Fitted with wake stabilisers, they have a bollard pull of 70 tonnes from a power plant that comprises twin Caterpillar engines coupled to Rolls-Royce Z-drives.

Each of the mess, lounge, galley and wheelhouse have heating, ventilation and air-conditioning via the central HVAC system.