Written by Baird Maritime on August 19, 2019. Posted in Ausmarine - Shipping and Offshore, Harbour Tugs and Operation. 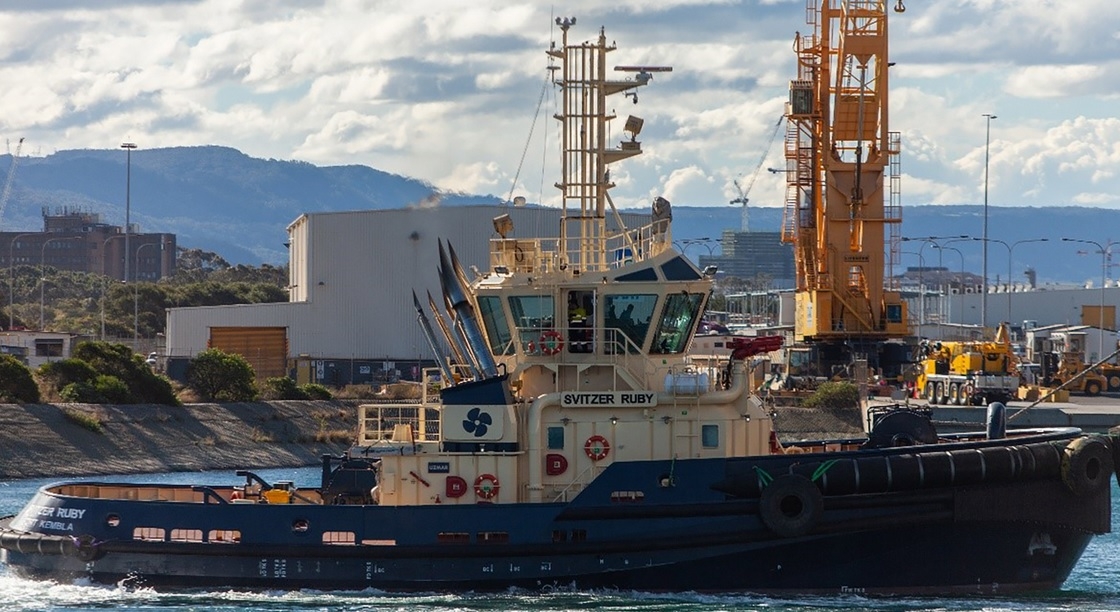 Designed by Robert Allan Ltd and built by Turkey’s Uzmar, the vessel was christened Svitzer Ruby in honour of Ruby Moore, a famous Port Kembla resident.

The tug has a bollard pull of 85 tonnes, FiFi1 class notation, and an LNG operational protection package.