Written by Baird Maritime on April 15, 2019. Posted in Dredging and Land Reclamation, Harbour Tugs and Operation. 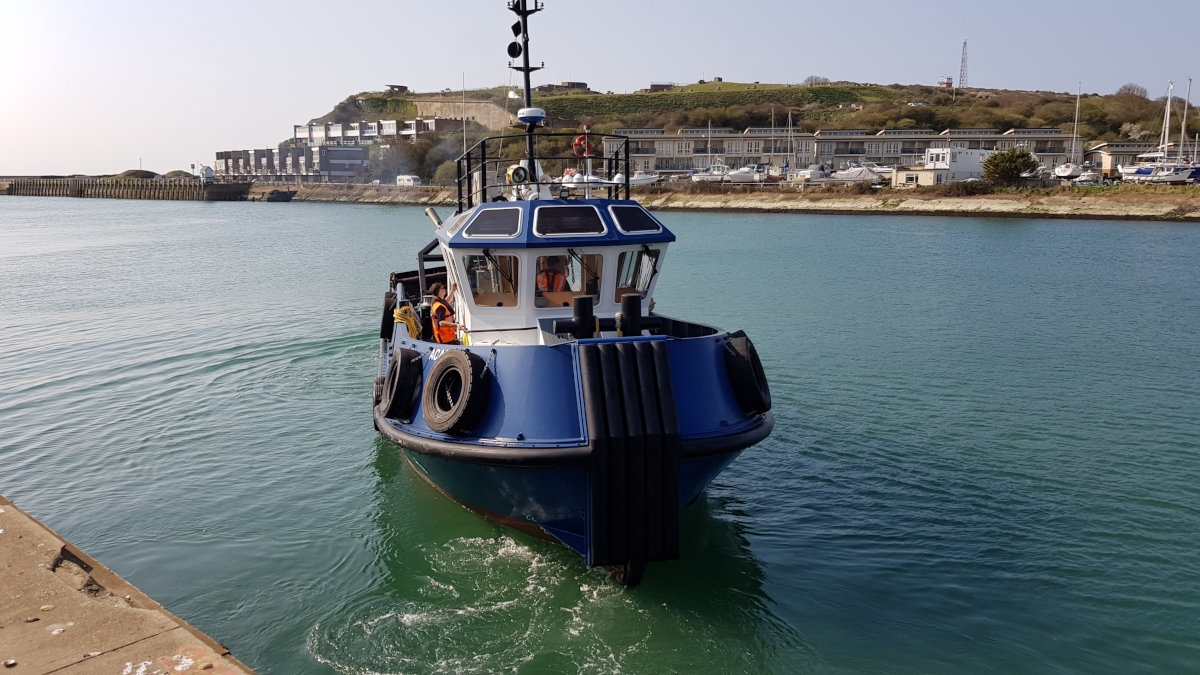 Tug masters from Shoreham Port’s Marine team have completed seabed levelling works in nearby Newhaven Port, which is sited at the mouth of the River Ouse in East Sussex.

Acamar, a new multi-purpose tug delivered to the Shoreham Port Authority in September of last year, carried out the works.

The vessel was fitted with a plough for dredging as well as survey equipment for monitoring progress.

The plough was used to level high spots and ridges, moving the material to nearby low spots. It is fitted with teeth to cut into the seabed material and to move materials such as clay, sand, silt, and gravel over short distances.