Written by Baird Maritime on August 30, 2018. Posted in Harbour Tugs and Operation. 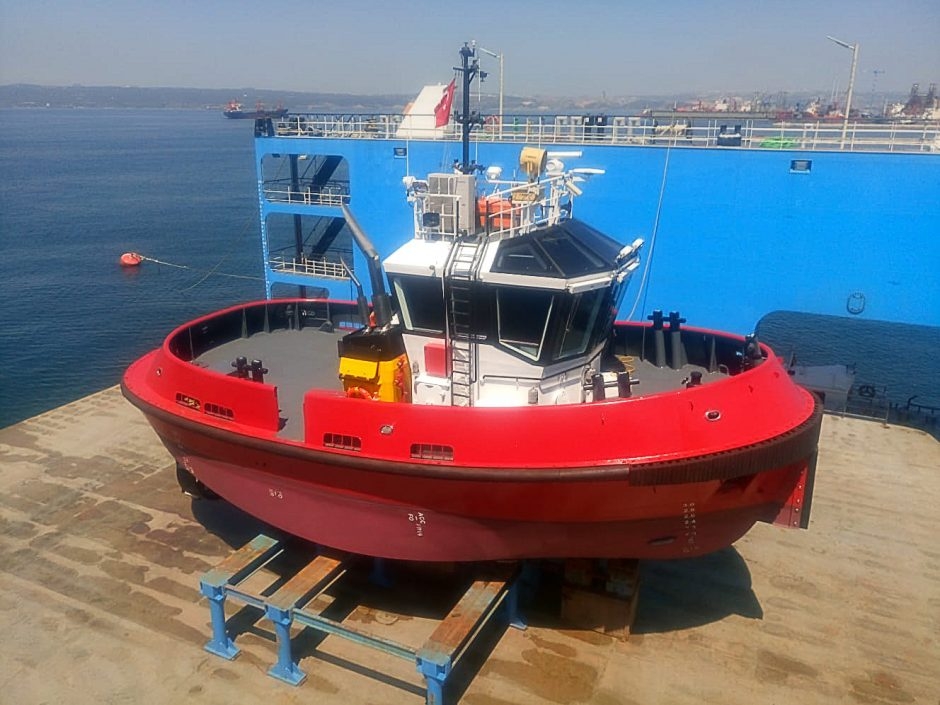 Gökçay II, the second tug in a series built by Sanmar Shipbuilders to a Robert Allan Ltd design, was completed in August following the first vessel of the same design being delivered in May. The two tugs are identical with the only exception being that Gökçay II has a more conservative power rating of 450 kW at 1,800 rpm for a bollard pull slightly over 16 tonnes.

The tug was designed exclusively for Sanmar Shipbuilders for general harbour duties. According to the company, the tugs benefit from the latest design and construction technology for performance and safety, meeting all international and class standards for construction and stability.

The tug is 16.3 metres in overall length and features a moulded breadth of 7.4 metres and moulded depth of 3.3 metres.

Other specifications include a 2.7-metre navigational draught, 15 cubic metres of fuel oil, and two metres cubed of potable water. The tug is configured for a three-person crew, reaches speeds of 11 knots, and has a bollard pull of 16.4 tonnes. The class is Bureau Veritas.