Written by Baird Maritime on December 1, 2017. Posted in Harbour Tugs and Operation. 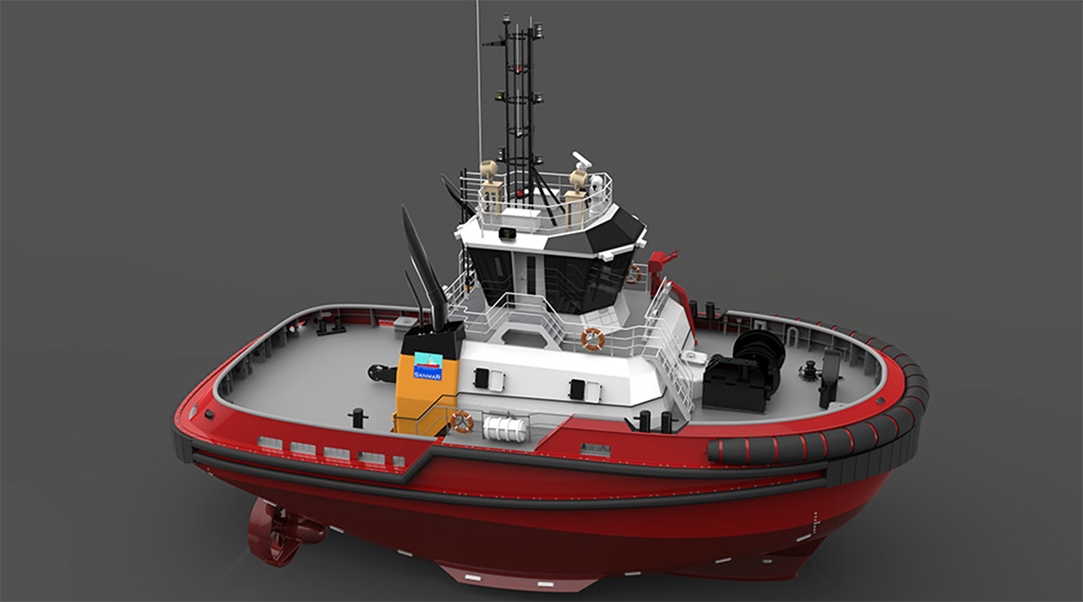 Caterpillar Marine and Turkey’s Sanmar Shipyards are building and equipping a new tug with a hydraulic hybrid propulsion system.

It will carry Fifi 1 designation with 70-tonne metric bollard pull.

The AVD system will also include a fully integrated controls system with customisable operating modes and display panels at the bridge.

Caterpillar said the tug’s return on investment was three years or less based on projected fuel and operating cost savings.

“This also allows propeller speed independent of engine speed so optimal engine efficiency can be achieved, leading to fuel savings of 15 per cent to 20 per cent.”