Safeen accepts delivery of ASD tug for service in UAE

Written by Baird Maritime on November 28, 2017. Posted in Harbour Tugs and Operation. 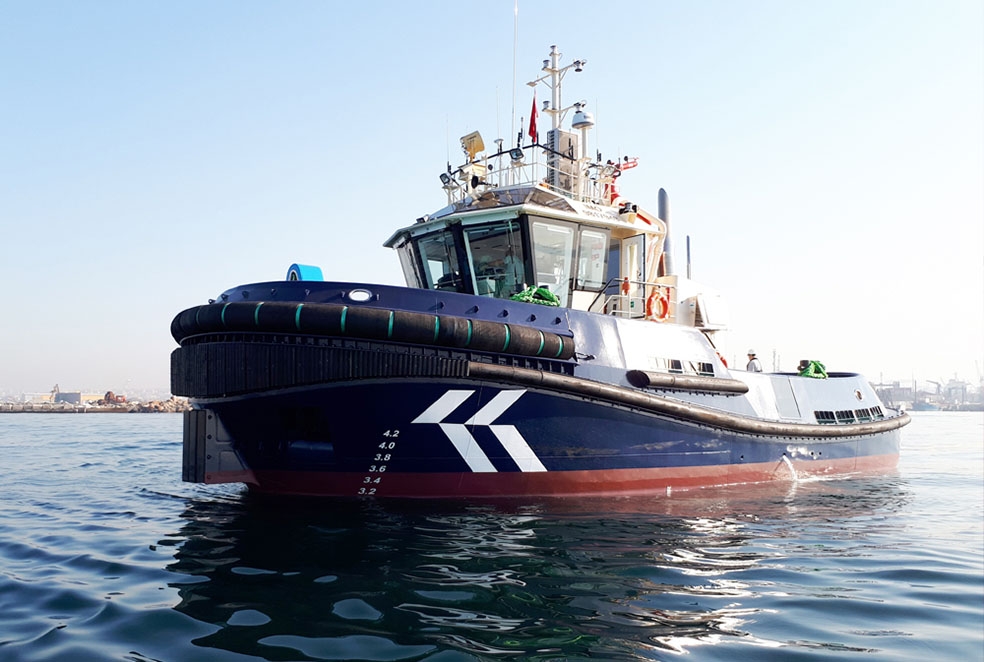 Abu Dhabi Marine Services (Safeen) has taken delivery of the first of two harbour tugs for operation in the United Arab Emirates.

Built by Sanmar shipyard in Turkey, Yenicay VI was sold to Safeen during a contract signing ceremony in September 2017.

The azimuth stern drive tug (ASD), which has a bollard pull of 33.7 tonnes and a speed of 12 knots, will go into service at the Mussefah and Zayed ports early next year.

Its sister vessel will be known as Yenicay VII.