Written by Baird Maritime on January 6, 2021. Posted in Firefighting, Harbour Tugs and Operation. 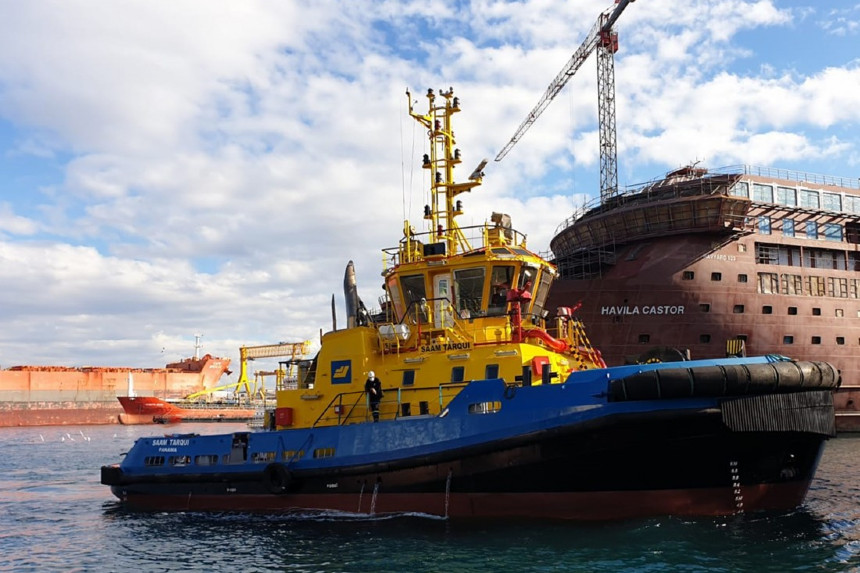 Saam Towage recently took delivery of a tug to be used in the company’s operations in Ecuador.

Efesan Port, which was built and formerly operated by Turkey’s Med Marine, has since been renamed Saam Tarqui. It is a Robert Allan Ltd-designed tug with an LOA of 25.3 metres, a beam of 12 metres, a summer load draught of 3.45 metres, and space for six crew.

Two 1,800kW engines drive a pair of Kongsberg US 205 fixed-pitch azimuth thrusters to deliver a bollard pull of 70 tonnes and a free sailing speed of 12 knots.

Saam Tarqui‘s firefighting equipment consists of two firefighting pumps that can deliver an output of 2,710 cubic metres per hour.