Written by Baird Maritime on June 5, 2019. Posted in Harbour Tugs and Operation. 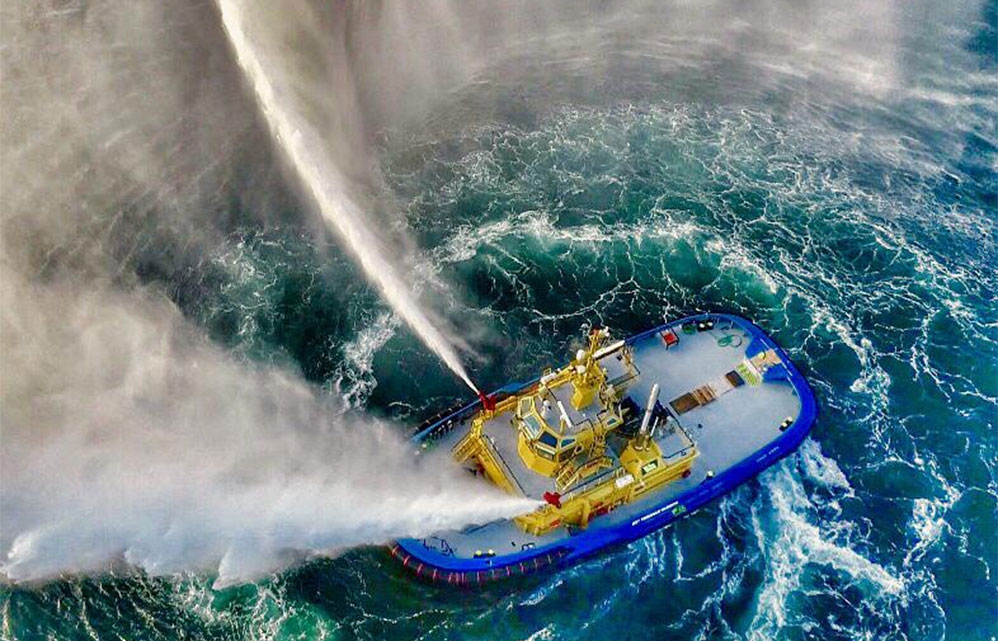 Saam has christened a new tug that the company will utilise to support the Ridley Island Propane Export Terminal (RIPET) in British Columbia.

The tug, now named Tsimshian Warrior, will provide services at the terminal, which is jointly owned by Canadian company Altagas and Dutch firm Vopak.

Designed by Robert Allan Ltd and built at Turkey’s Uzmar Shipyard, the tug has a length of 32 metres, a beam of 12 metres, and two Caterpillar 3516E 2,525kW engines that deliver a bollard pull of 83 tonnes.

Two other tugs from Saam’s fleet in Canada will join Tsimshian Warrior in supporting operations at the terminal.