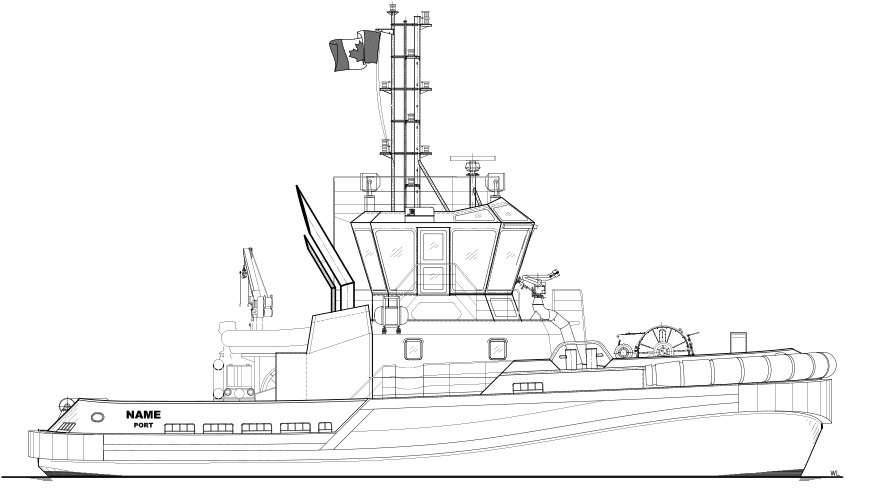 Robert Allan Ltd has been awarded a contract by Ocean Industries to design a new series of four ship handling tugs for the Royal Canadian Navy.

The tugs are to be built at Ocean Industries’ shipyard in Quebec under the Naval Large Tug (NLT) project.

Each tug will have an LOA of 24.4 metres, a moulded beam of 11.25 metres, a draught of 5.1 metres, a bollard pull of 50 tonnes, a speed of 12 knots, and a crew of six. The vessels will also have a secondary firefighting capability.