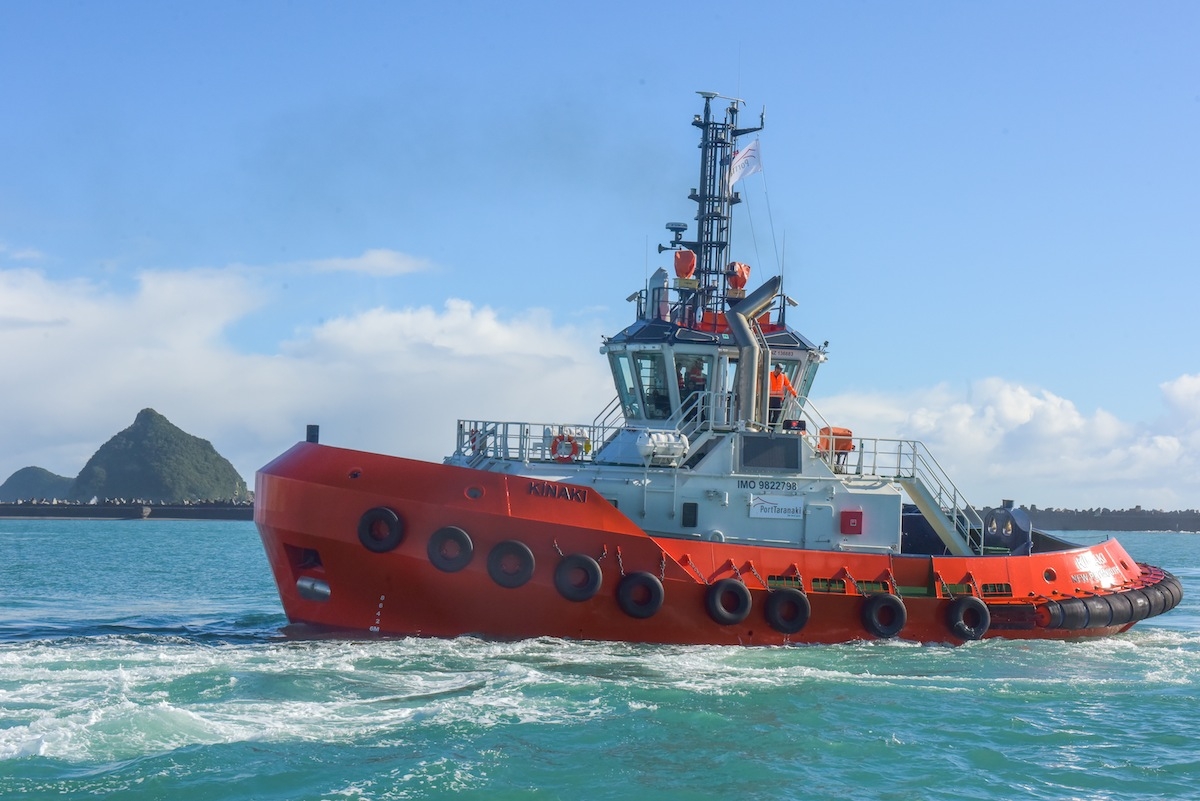 The new 25-metre harbour tractor tug Kinaki has completed its 73-day journey via heavy lift transport ship from Istanbul, Turkey, and arrived safely in Lyttelton, New Zealand. From there it sailed on its own bottom to its new home in Port Taranaki in New Plymouth.

This latest addition to the Port Taranaki tug fleet was built at Istanbul’s Sanmar Shipyards and was the first to be completed in a new series.

Measuring at less than 24 metres loadline length, Kinaki packs in a lot of power and can sustain a bollard pull of 62 tonnes. The tug will be operated by three crew and is meant to replace the oldest of Port Taranaki’s three tugs, the 47-year-old Kupe. 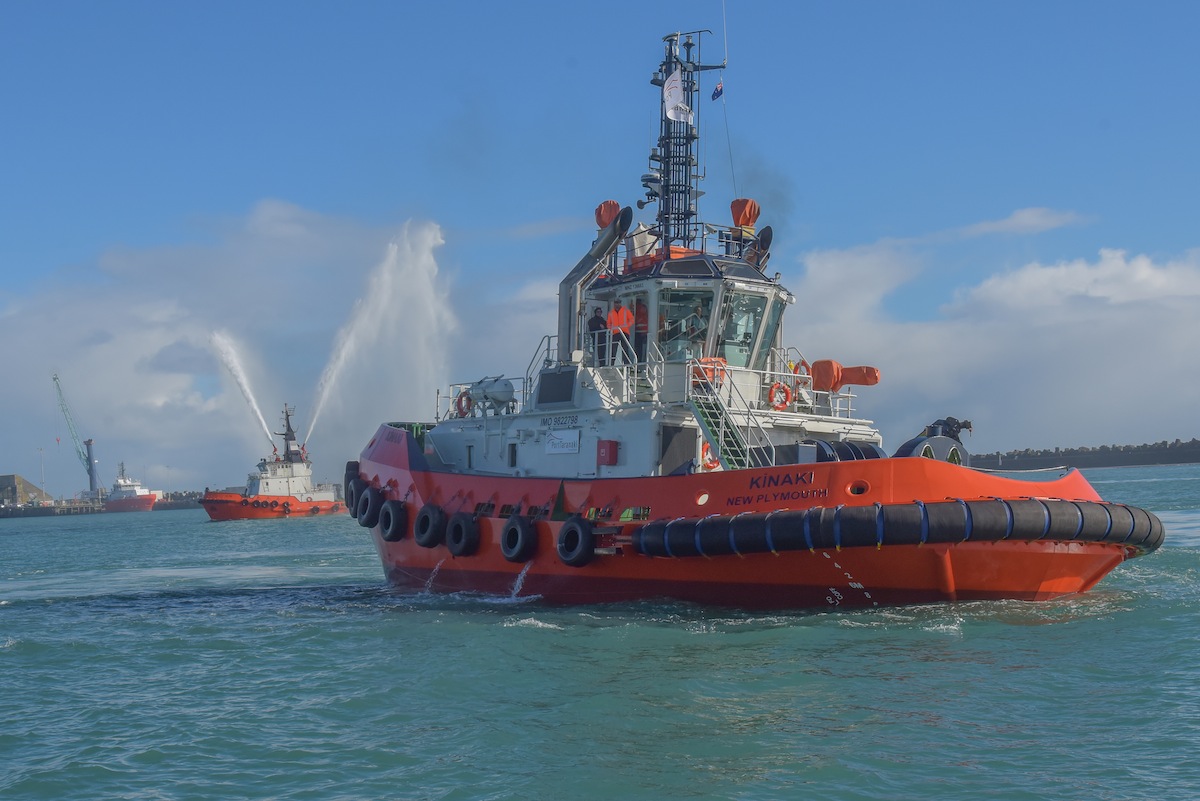 The name Kinaki was chosen by Ngati Te Whiti hapu and Port Taranaki through discussions with hapu (Maori sub-tribe) representatives including kaumatua (respected elders). Kinaki is also the name of one of two mouri (life principal) stones situated within the breakwater of Port Taranaki. A blessing ceremony was performed prior to the tug formally entering into service at the port.

The stern of the hull features simple but effective stabilisers developed by Robert Allan Ltd. and Voith for improved tractor tug directional stability allowing for a reduced skeg size and thereby improving manoeuvrability and fuel efficiency. These features were of particular importance to Port Taranaki’s operation in the tough conditions experienced on New Zealand’s west coast. 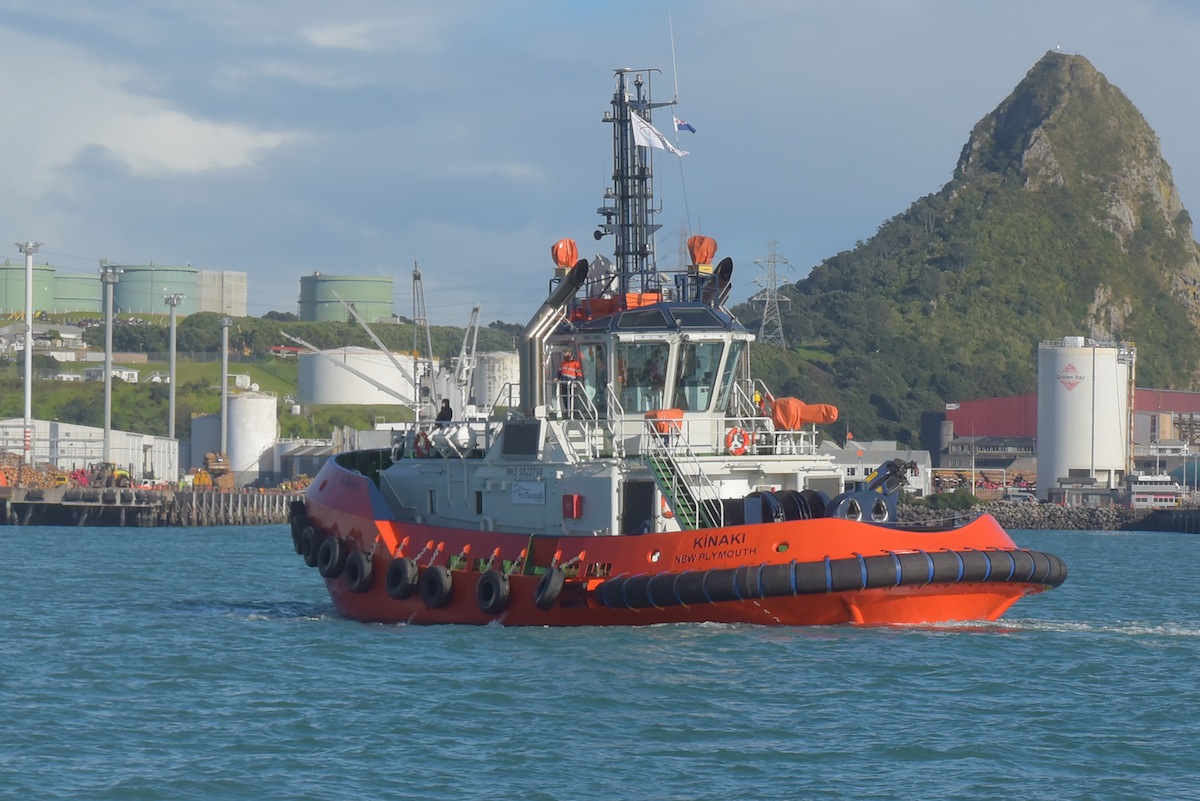 The deck machinery comprises a DMT type TW-021-E250kN double drum towing winch on the aft deck, spooled with 165 metres of 60mm hawser towline on each drum.

The raised forecastle and elevated wheelhouse ensure good all-round visibility of the working decks and especially when performing ship-assist operations off the stern (the main working end of the tug). The higher bow freeboard feature provides an enhanced standard of sea-keeping when working in exposed waters and helps keep green water from getting onboard to a minimum. 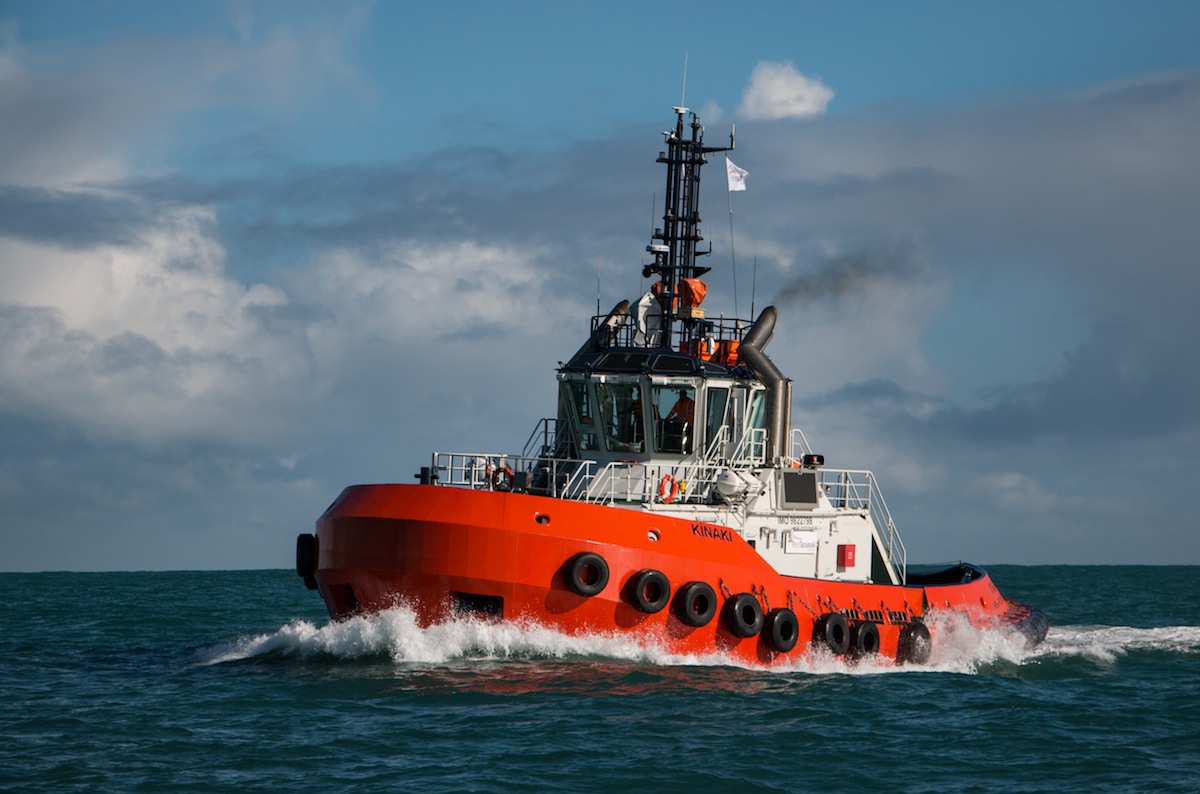 Main propulsion comprises a pair of Caterpillar 3512C diesel engines, each rated 1,902bkW at 1,800rpm, and each driving a Rolls-Royce US 205 CP P20 Z-drive unit, with a 2.5-metre diameter controllable pitch propeller.

The electrical plant consists of two identical Caterpillar C4.4 diesel gensets, each with a power output of 99ekW at 1,500rpm.

Ship-handling fenders at the stern consist of one tier of 800mm OD by 400mm ID cylindrical fender at the main deck level. Tires provide protection at the main and forecastle sides and sheer lines, and a single row of 300 mm hollow “D” fender protects the bilge. 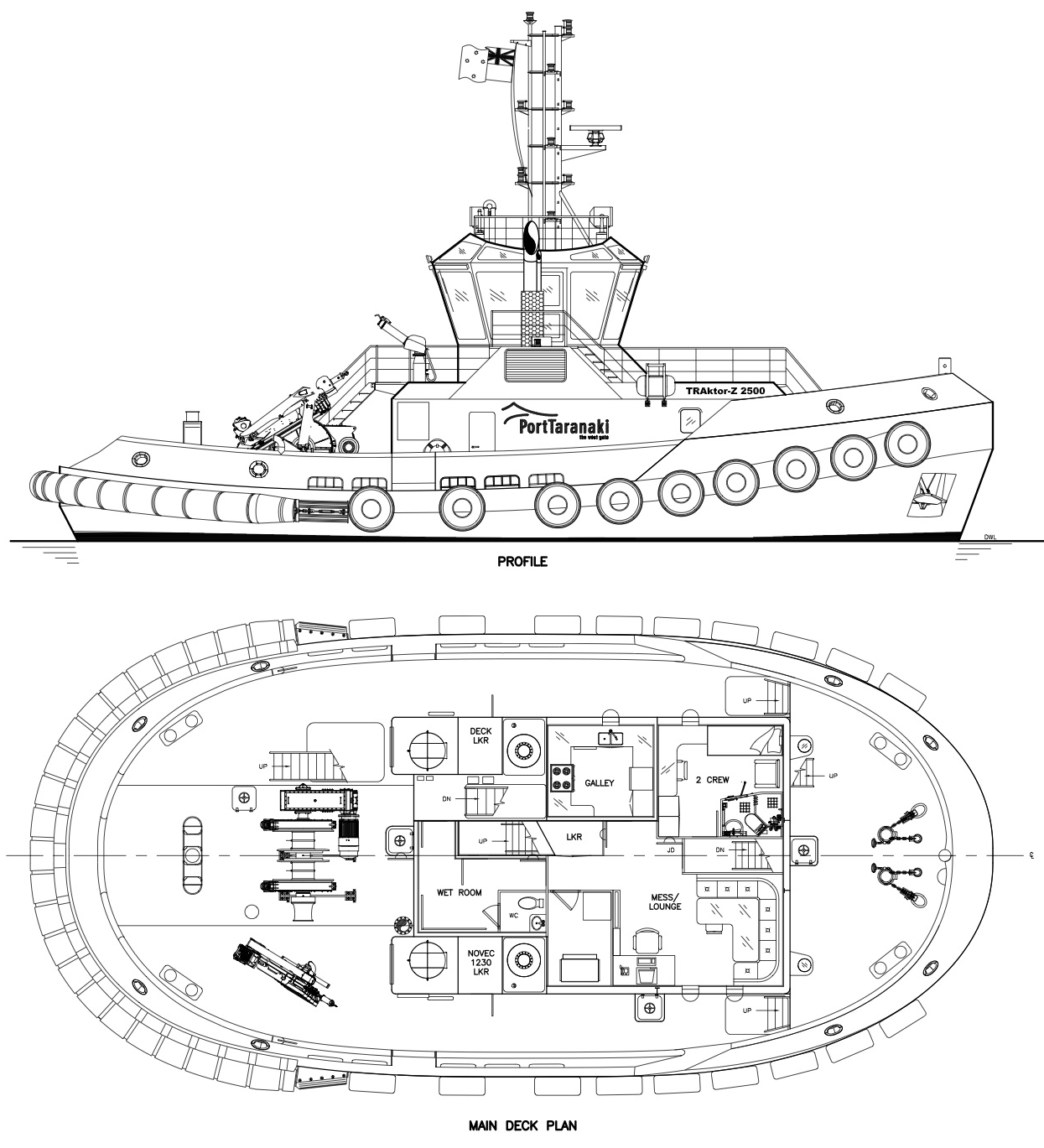