Written by Baird Maritime on July 30, 2021. Posted in Firefighting, Harbour Tugs and Operation. 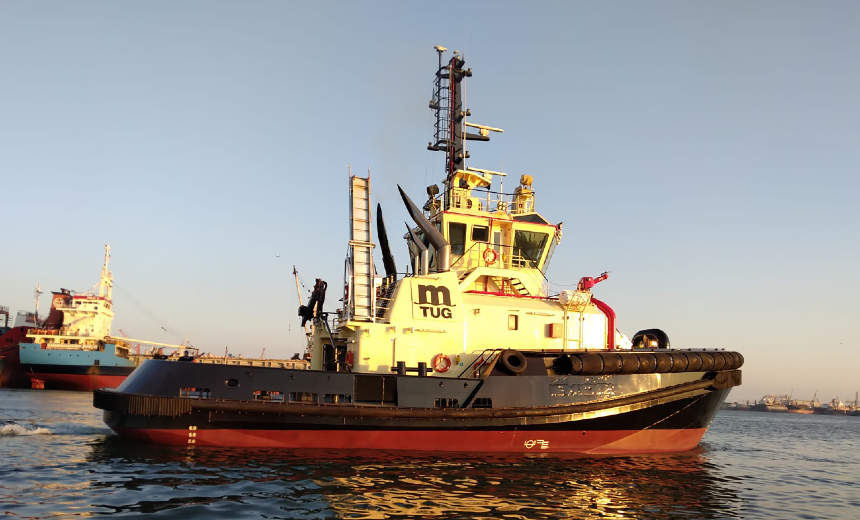 Portuguese operator MedTug has taken delivery of an ASD tug built by Sanmar Shipyards of Turkey.

Med Antares is the second Sanmar-built tug to be sold to MedTug. The first tug, the 2017-built Med Altair, was delivered to the customer earlier this year.